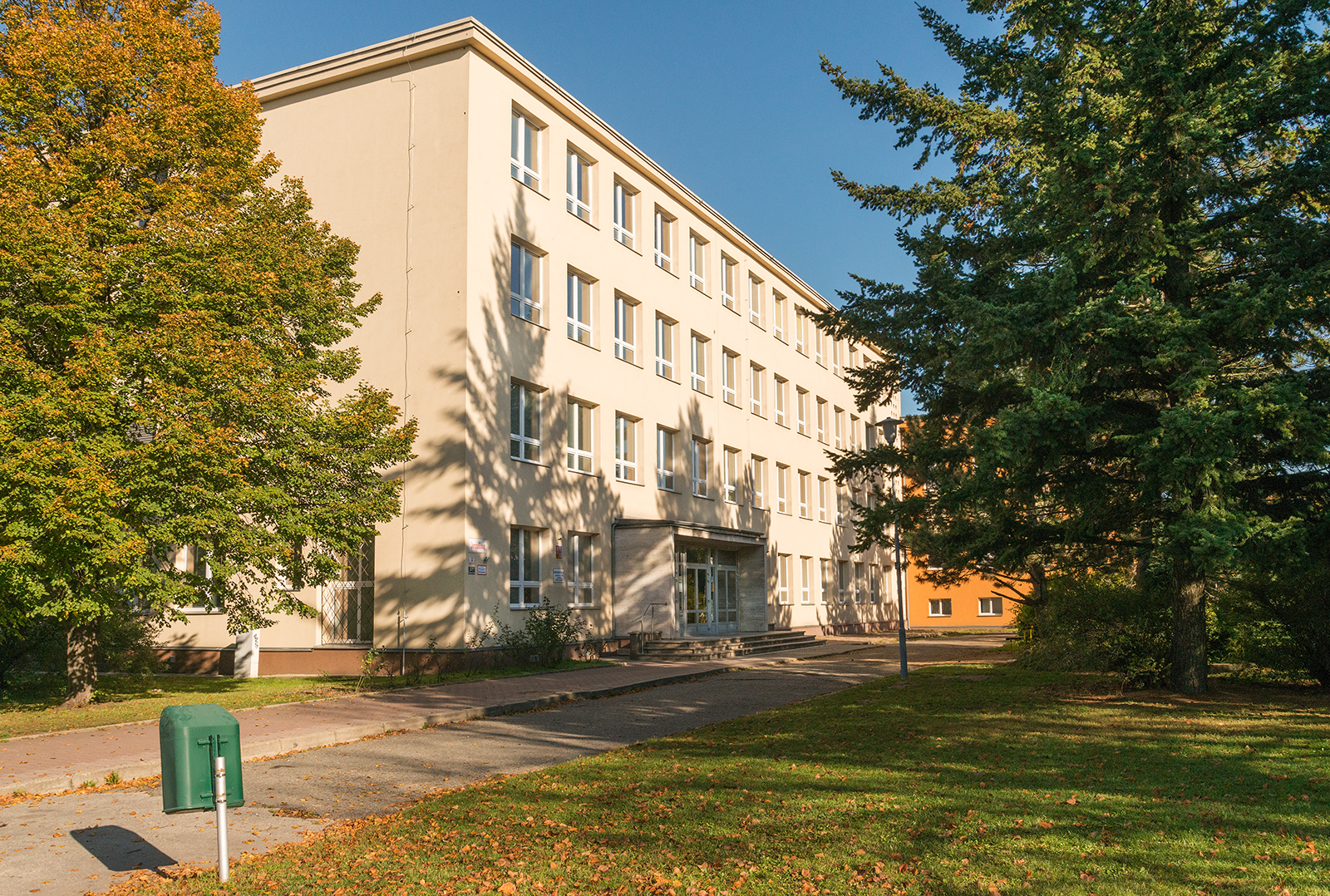 In the framework of the post-war reconstruction of Brno and solutions to the shortage of housing, the regional project institutes not only needed to tackle the problem of actual housing. The quality of housing rested, in particular, on the availability of civic amenities on the new housing estates. The looser atmosphere of the 1960s contributed to the building in Brno of several high-quality school buildings whose typology was partly rooted in Brno’s strong tradition of functionalism. One of them is the primary school on Janouškova street by the architect Jaroslav Ledvina, which was designed for the housing estate that was planned for the Černá Pole district. However, due probably to the poor teaching conditions and lack of school places throughout this part of Brno, in the end, another floor (its fourth) was added to the building during the construction. In total, it had a capacity of 32 classes for 1,100 pupils. The school was officially opened on 1 September 1960.

This brick building with reinforced concrete ceilings and flat roof consists of two sections. In the first is an administrative block, where the offices of the school management are situated. There is also a gymnasium, specialized classrooms, workshops and spaces for extracurricular activities. In the second block, whose facade is segmented by a symmetrical grid of two-part windows, the classrooms of the individual classes are located. The four-storey building of the school is arranged in an irregular U-shape with wings of differing lengths. Located between them is the architect’s design for a large outdoor sports area.

In accordance with one of the ideas of that time, that is, the desire to properly educate and foster good moral values ​​in young people, the premises of the school were adorned with selected art works by prominent Brno artists and sculptors. The entrance hall of the school is still decorated with a fresco on the theme of Liška Bystrouška [The Cunning Little Vixen] by Vojtěch Štolfa. Hidden in the greenery in front of the main entrance, there is a little pool with the sculpture Děvčátka u tůňky [Girls by the Pool] by Konrad Babraj, which has rather fallen into obscurity. Not long ago, the building underwent a complete reconstruction, which included the thermal insulation of building’s exterior. This resulted in the original roughcast plaster being replaced by new plaster in distinctive pastel tones.