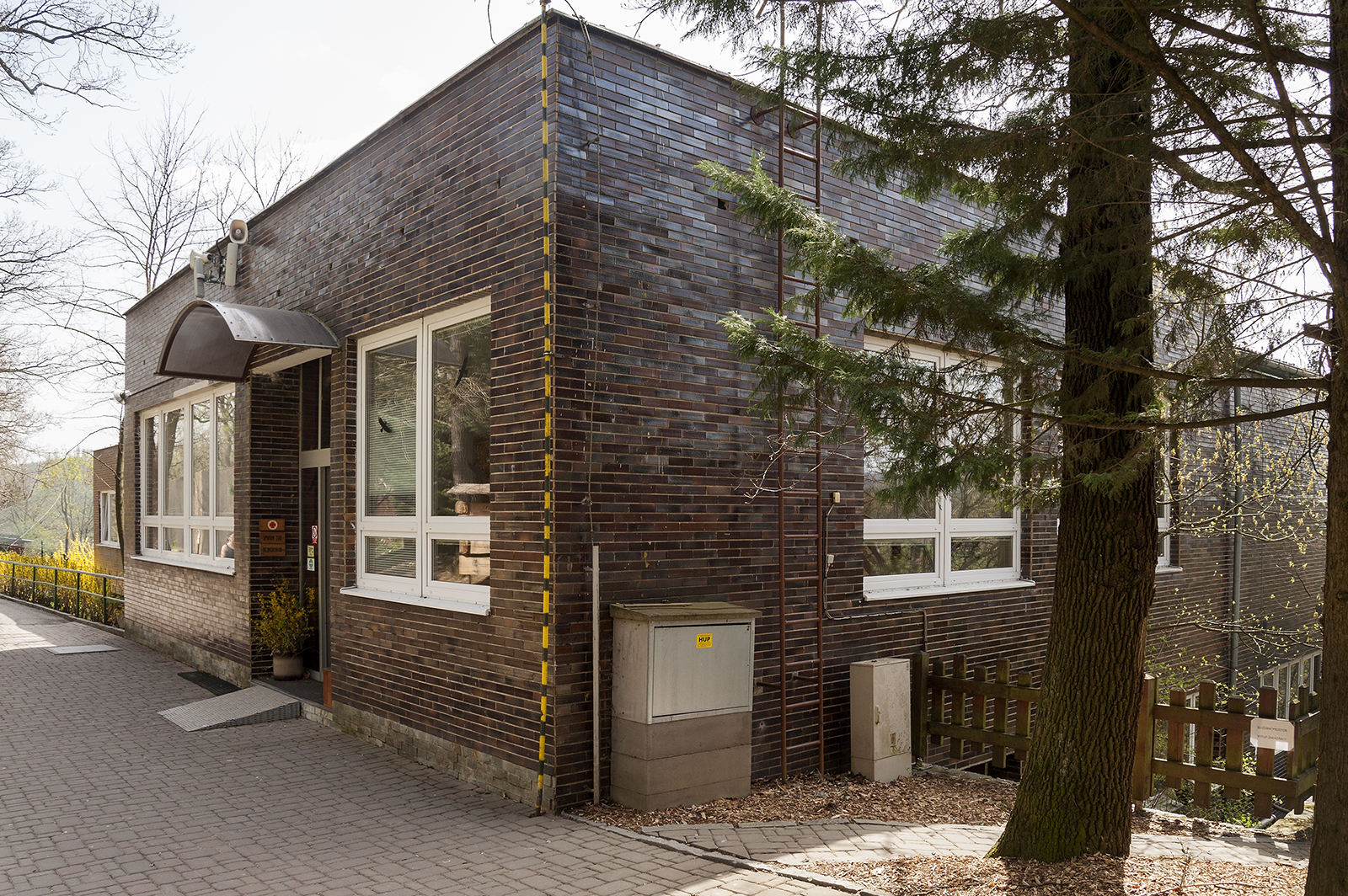 More photos (1)
Brno Zoological Garden was built after several years of effort on the part of the Association for the Establishment of a Zoological Garden in Brno, which was founded in 1935 with the material and financial support of several Brno companies. The association initially ran a small zoological facility in the park Tyršův sad in the period 1937–1941, which was made available for this purpose by the Mayor Karel Tomeš. The architectural design was by Oskar Poříska. The activities of the association and the zoo came to an end with a Protectorate decree.
After the Second World War, there was a proposal to establish a zoo on the hill Mniší hora in the Brno-Bystrc district. The land had originally belonged to the Augustinian monastery in Staré Brno, and in 1948 it was taken into the administration of the Ministry of Agriculture of the Czechoslovak Republic. The following year, it was taken over by the University of Agriculture in Brno, which planned to build a botanical garden (subsequently realized in the Ponava cadastral area) and also a zoological garden nearby. In 1950, the site was declared the first national nature reserve in the City of Brno and construction work on both gardens began to a design by architect Otto Eisler, who in the years 1950–1953 was chairman of the Cooperative for the Establishment of a Zoological Garden in Brno. He strove, above all, to preserve the forest park character of the area. Students and Brno residents also took part in the construction in the framework of ‘Initiative Z’, which was citizens’ unpaid (and not entirely voluntary) labour aimed at aggrandizing public areas under the Czechoslovak socialist regime.
The ceremonial opening took place on 30 August 1953, and by the end of that year the zoo had been visited by almost 35,000 people. The zoo’s first director was Otto Eisler. He had been a significant figure of the architectural avant-garde of interwar Brno, and returned after the hardships of the Second World War, during which he was imprisoned several times, to take part in the post-war reconstruction of the city. As he was interested in botany, zoology and landscape architecture, he had joined the Association for the Establishment of a Zoological Garden in Brno. Apart from the concept of the zoo as the whole, Otto Eisler was also the designer of several pavilions and some of the landscape features.
The beginnings of the zoological garden were modest. Upon its opening, the zoo’s administration operated out of the old brick building of the gamekeeper’s lodge, and the grounds of the zoo were home to 151 animals from 51 species. Over time, the complex grew with new additions from the animal kingdom and new enclosures and temporary and permanent pavilions. A bear enclosure was built to a design by Otto Eisler in 1959 and two pavilions for monkeys were built in the period 1964–1965. In their time, these buildings were among the finest zoo facilities and they are still in use today. Among the other important architects that worked on the zoo was Jaroslav Ledvina. A veterinary hospital and enclosures for lions and sea lions were built to his designs in 1971, followed, a year later, by a pavilion for exotic reptiles, lions and seals. In 1976, the Educational Centre and Directorate was built to a design by Ivan Ruller. The zoo complex has also developed in the period since the Velvet Revolution. In 1998, the 1. Černopolní studio won the architectural competition for the beast of prey pavilion, and by the year 2000 a design by the architects Roman Mach and Petr Hlavatý had been built. Among the other architecturally high-quality objects in the zoo grounds, the aviary for eagles by AND studio is worthy of note.
ZB