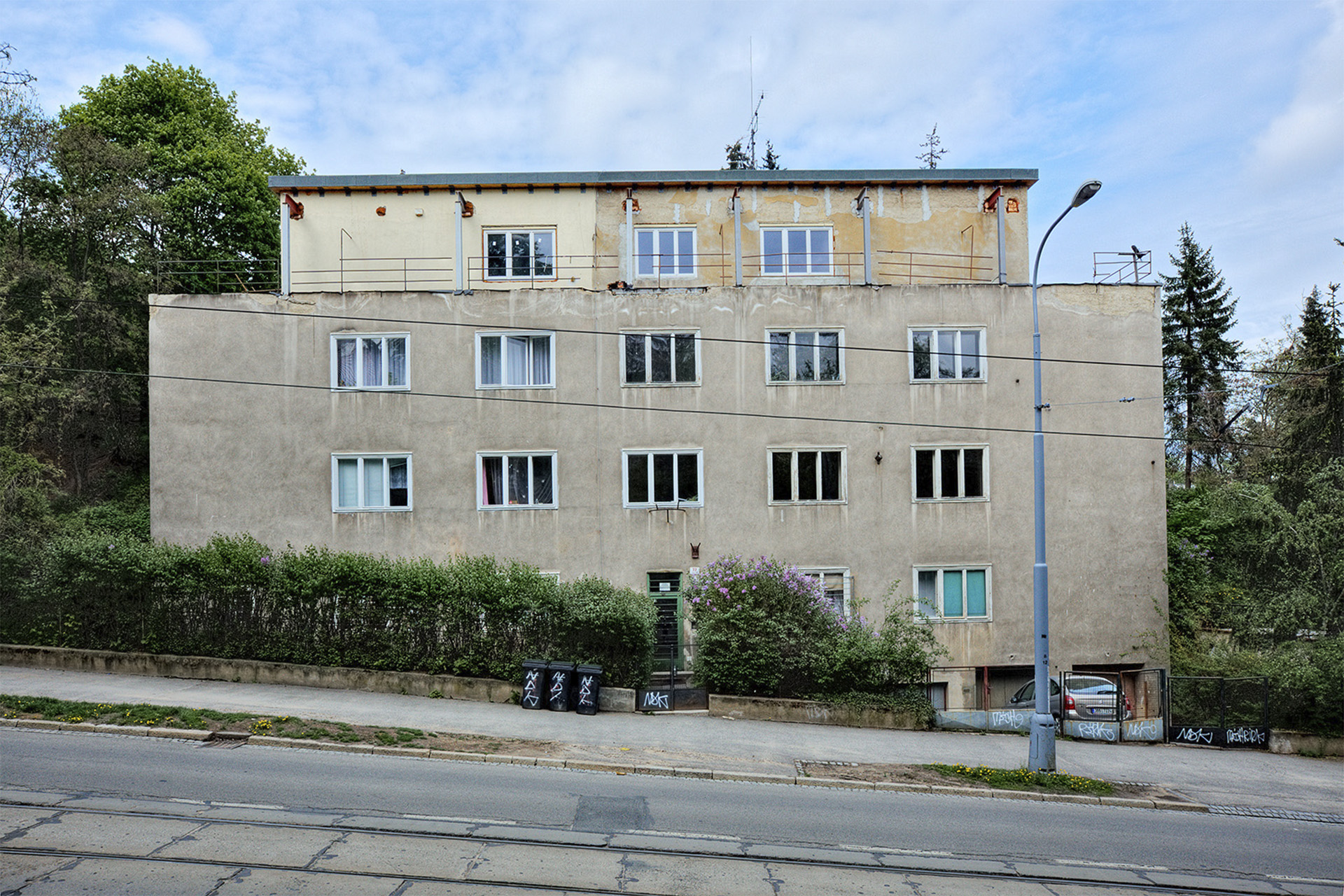 A residential house designed by Otto Eisler representing another building meeting the requirements for the new "international style", was built in Údolní Street ascending the slope of Kraví hora in 1932. The new style is best manifested in the reduction of the role played by the facade down to a mere element encircling an area and providing protection against adverse weather, as well as by the horizontal layout of the mass of the house without seeking esthetic symmetry. The only decoration is found in functional elements and details like railings, window frames, entrances, doors or handles, the quality design and manufacture of which is closely observed.
The four-story building on an oblong ground plan was built near the new park. It features three- and four-room apartments; the top story originally housed a single large six-room apartment with a rectangular terrace. In order to connect the interior to the surrounding landscape, Eisler designed subtle footbridges (still existing today) situated on the garden facade and connecting the individual apartments to the adjacent slope. Plans to plant an orchard in the garden were never fully completed.
Recently the roof, whose structure was made of bauxite cement, has suffered serious damage. Although this material makes it possible to accelerate construction even in the winter months, its strength degrades in the course of time, which is why some functionalist structures have had to be demolished for stability reasons. In this case, instead of receiving a desirable overall reconstruction, the top floor of the house has undergone some insensitive structural adjustments, mainly due to a  lack of cultural heritage protection.