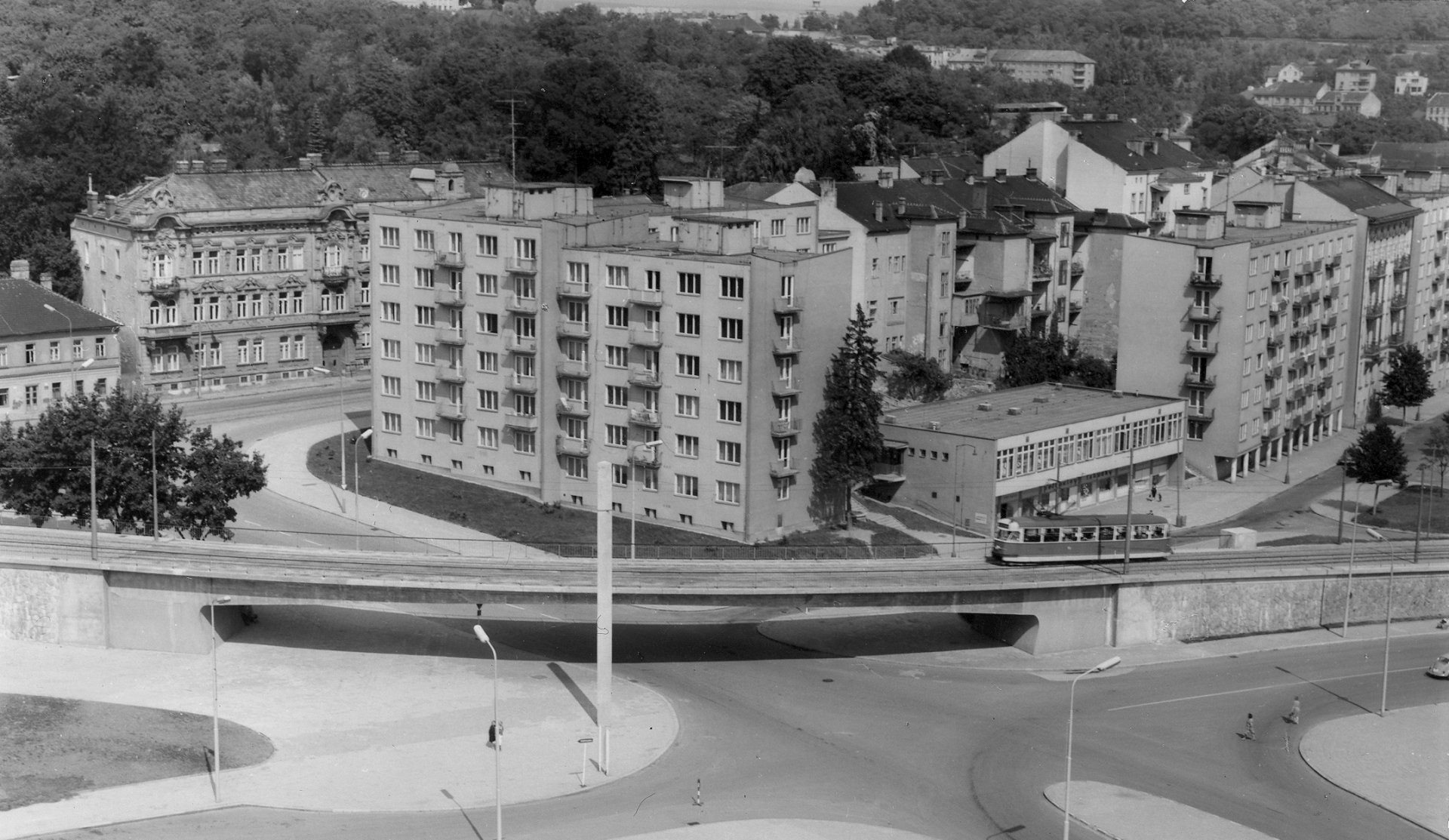 In terms of public transport, a tram line has formed the main link between the city and the Brno exhibition centre since its origin. It has led through Hlinky Street adjoining the exhibition centre complex on the north side since 1900. In the direction of Mendlovo náměstí Square, the tram line circled the Brno brewery until 1965 when it was redirected into today’s Veletržní Street. The connection between the original line in Hlinky Street and the new line in Veletržní Street, as well as the general acceleration of traffic, was provided by a reinforced-concrete bridge over the road, designed by architect František Kočí.

František Kočí’s tramway bridge is a visually attractive example of this kind of architecture in the former Czechoslovakia. The prestressed concrete bridge is nine meters wide, with two rails, and was originally designed as a simple structure. However, its inconvenient closure by the semi-circular area of the main entrance to the exhibition centre and the proximity of the Mitrovskýs Summer House necessitated its curved design. Yet the bridge is interesting not only for its shape but also for the different thickness of the main girder, changing between one closing wall to the other, with its narrowest point in the centre of the bridge. In addition, the uniqueness of this bridge without a single pillar lies in the striking angle of its rise, which proved highly demanding in terms of construction and structural design.