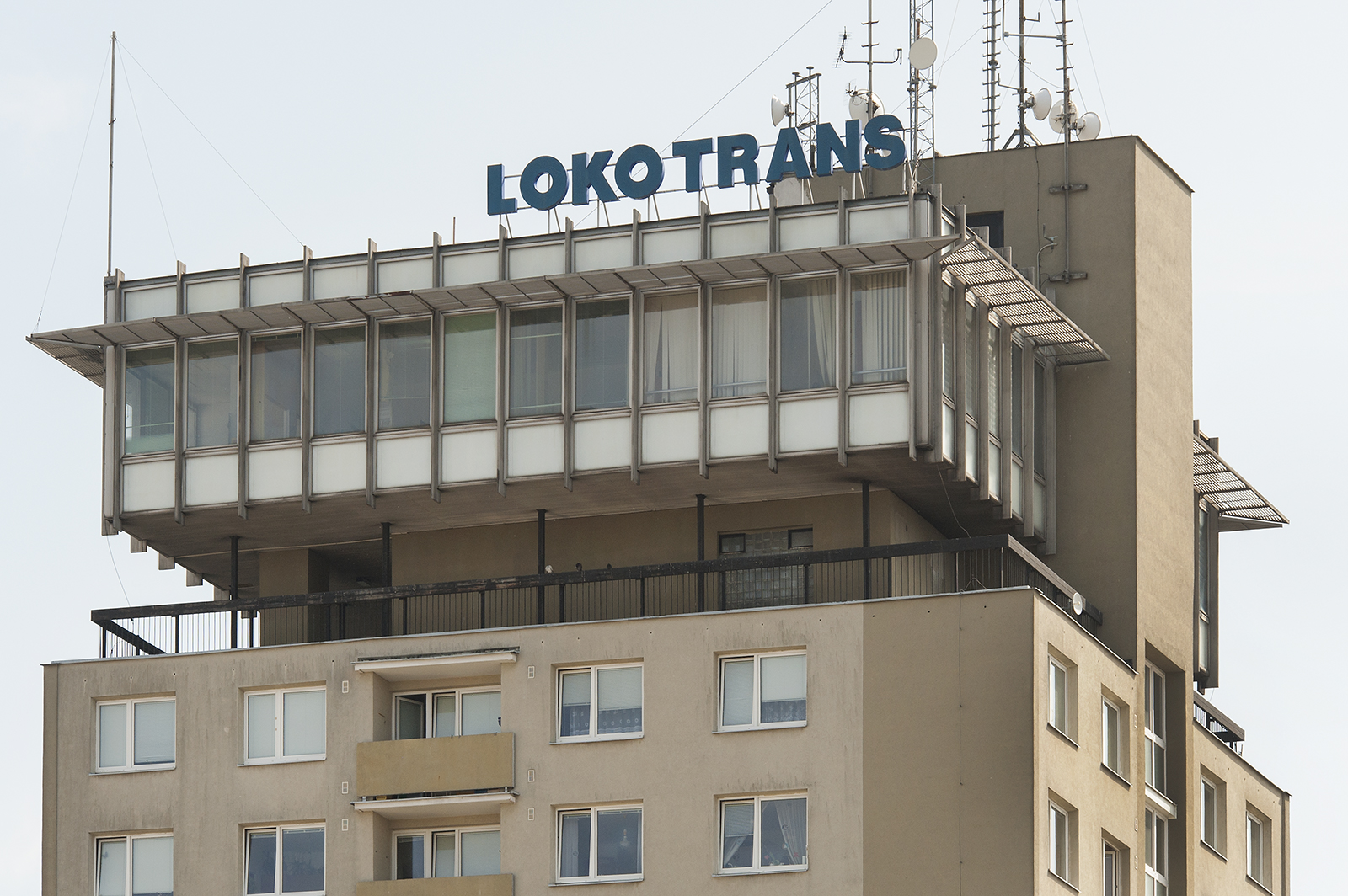 Historically, Kohoutovice was a separate village on the western wooded outskirts of Brno. In the course of 1970s and 1980s, it underwent a radical transformation, when it saw significant development around and along its main artery, Libušina třída, which was based on an urban plan by the Brno architect František Kočí, The housing estate that was built there provided accommodation for more than ten thousand people and had gradually grown into a series of interconnected neighbourhoods made up of various types of residential buildings constructed predominantly by means of T06B technology (such as nine-storey prefabricated apartment blocks and square blocks and towers of 4 to 13 floors). These areas were naturally interspersed with centres of civic amenities, including commercial and cultural buildings, school facilities, and works of art that were often focused on musical themes (such as those by Sylva Lacinová and Miloš Axman). One of the most remarkable amenities to be found on this housing estate was, without doubt, the restaurant extension to one of the five high-rise tower blocks around Voříškova street.

Set on the roof of a thirteen-storey square tower block on the Kohoutovice housing estate, the Grand Prix restaurant is an illustration of a very specific solution to the need for amenities on newly built residential complexes. Jaroslav Černý is an architect who drew up the designs for many of the residential buildings on the housing estate and who still practises today. It was he who designed the two-storey restaurant with its steel structure, suspended glass facades, and spectacular view of the surrounding landscape. This smart restaurant with its exclusive vantage point, which could seat up to 120 people, was meant to serve not only visitors to the nearby Czechoslovak Grand Prix circuit, but also residents of the Kohoutovice housing estate. The entrance to the restaurant was on the ground floor and separate from the regular entrance to the building. It was accentuated by a huge steel awning sheltering the steps to the entrance. The glazing of the lift and the lift shaft on the roof of the block drew attention to the sheer height of the building. The Grand Prix restaurant was set on a mezzanine floor, which served to insulate the activities of the restaurant from the residential part of the building, and had an entrance hall, sanitary facilities, offices and a cloakroom. The interior of the café was logically arranged around the circumference of windows with two rows of seating and was furnished with Thonet dining chairs and tables with a cast-iron base. The restaurant was served from the bar area in the middle of the restaurant, from where it was possible to go down by means of a lift or staircase.

The exterior of the building is still very well preserved today.