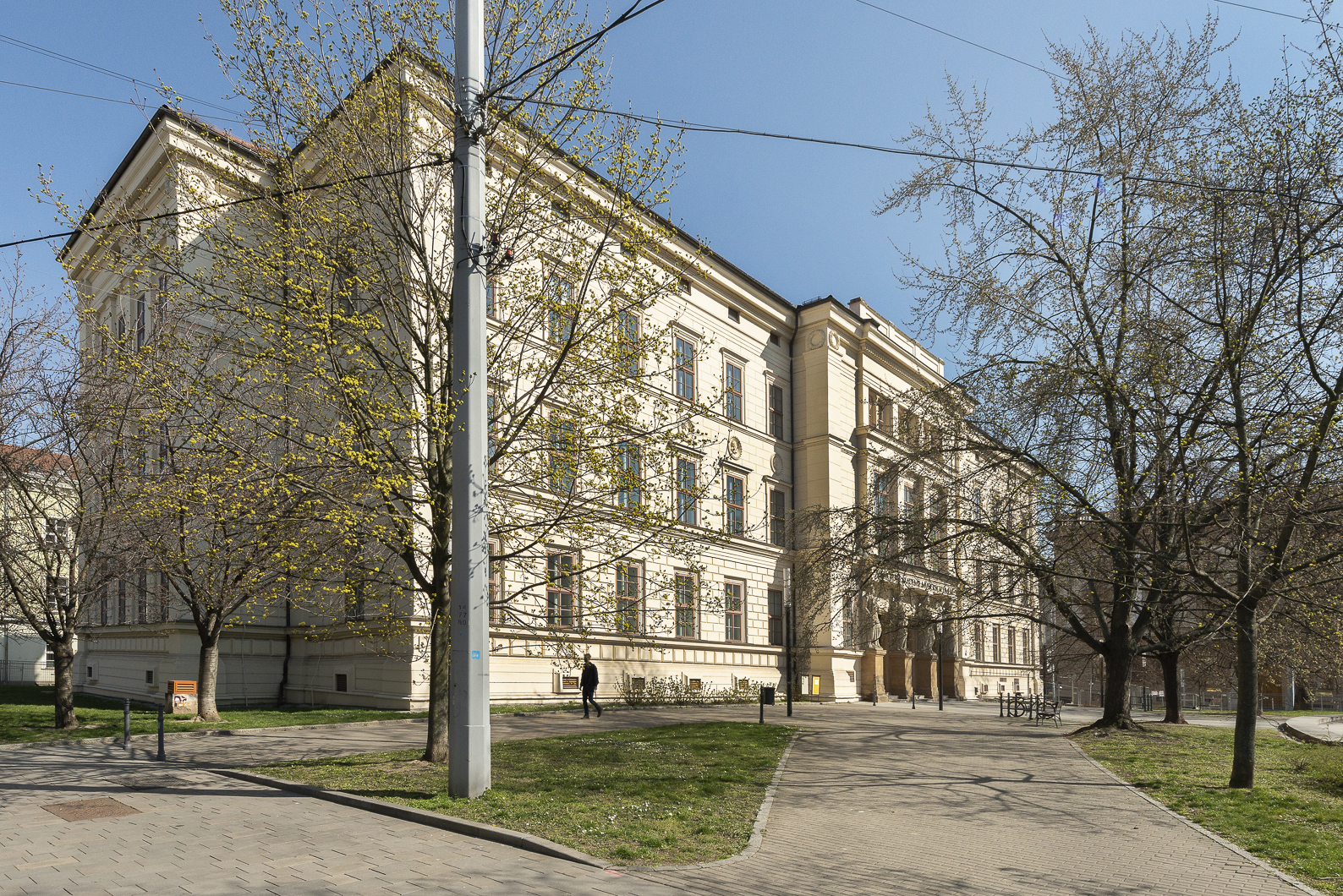 When Adolf Loos Sr. decided to move permanently from Vienna back to Brno at the turn of 1861 and 1862, he started his independent business there as a “burgher sculptor and stonemason” that he had launched in Vienna in 1860. He set up his first workshop in rented premises in the courtyard of the U Černého orla [At the Black Eagle’s] inn on today’s Orlí Street No. 7. Shortly afterwards, he managed to get two prestigious commissions: a contribution to the sculptural decoration of the façade of the German Grammar School and the work for the Moravian Provincial Institute for the Mentally Ill. Loos’ works on both of these important new public buildings were assessed by period commenters as undoubted successes that have helped the talented young man to gain undeniable fame, and now private commissions are pouring in on him from all sides.” (Correspondent II, 21 May 1862, No. 117, p. 3) These commissions were of fundamental importance for Loos’ career for yet another reason: This was where he met Josef Arnold, with whom he would work closely for the following twenty years.
For the German Grammar School façade, Loos Sr. made 24 massive laurel wreaths, accentuating the corners of the building in the uppermost strip of the façade, and 32 portrait medallions of Greek and Roman scholars – "the classical representatives of science", as they were called in the period press. (Neuigkeiten XII, 19 October 1862, No. 284, p. 1)
The set consists of circular medallions with heads modelled in low relief and taken in profile, bordered by profiled frames evoking wreaths of honour. Although they are idealized and stylized portraits adapted to the decorative purpose, individual features of the personalities, corresponding to ancient or historical models, can be distinguished in them. The names of the representatives of ancient knowledge are listed on the bottom of most medallions: “Apuleius”, “Caesar”, “Cicero”, “Euripides”, “Herodot” (i.e. Herodotus), “Hippocrates”, “Homer”, “Likure” (i.e. Lycurgus), “Persius”, “Plato”, “Pompeius” (i.e. Pompey), “Seneca”, “Socrates”, “Sophocles”, “Tacitus” and “Tolomeo” (i.e. Ptolemy). Each of the portraits is placed on the façade twice, bringing the total to thirty-two. However, their spatial distribution on the façade is not completely regular. A detailed comparison shows that while the medallion representing philosopher Socrates is represented in only one copy on the façade, the portrait of his disciple Plato is repeated three times, two of them being placed on the main façade (where no other portrait is doubled). From the present point of view, this fact cannot be assessed in any other way than as a “mistake” and it is interesting that similar “mistakes” in the expected symmetrical regularity of the placement of individual motifs on the façades can also be found on other Brno buildings from the same period.
It is known that Loos Sr. also submitted his own model of one of the four caryatids for the entrance portico. However, it was the sculptor Josef Břenek (1820–1878) who eventually obtained the commission for this most important part of the sculptural decoration. The caryatids in the portico paraphrasing the Temple of Erechtheion on the Acropolis of Athens represent History, Mathematics, Philosophy and Grammar. As allegories of classical studies, they embodied the ideal of contemporary education in humanities and, like Loos’ portraits, complemented the ideological concept of the school building decoration.
At the same time, Loos Sr. was also working on the new building of the Moravian Provincial Institute for the Mentally Ill (Brno-Černovice, Húskova Street 6, now the Brno Psychiatric Hospital), built by Josef Arnold from 1856–1863 according to the designs of Viennese architect Ludwig von Zettl and the Moravian provincial construction director Joseph Seifert. Loos Sr. supplied all the sculptural and stonemasonry work for the complex, in the exteriors as well as the interiors of buildings, including the institution’s chapel. The work was completed by a sandstone sculptural group crowning the façade of the main building of the Institute and consisting of two female allegorical figures representing Medical Science of Mental Diseases (figure with a harp) and Recovery (figure rolling off her veil); they are set on either side of the Moravian provincial coat-of-arms. The period press praised Loos’ work as follows: "The work is blameless and the expression on the faces of both of them is masterfully captured, which is all the more creditable as he had to make all the moves powerfully, because the statues are to be placed on the highest part of the building. We are convinced that with this work Mr. Loos will have laid a solid foundation for his name becoming famous among Austrian sculptors." (Moravská orlice I, 17 May 1863, No. 57, p. 1)

Trail
In the Footsteps of Adolf Loos