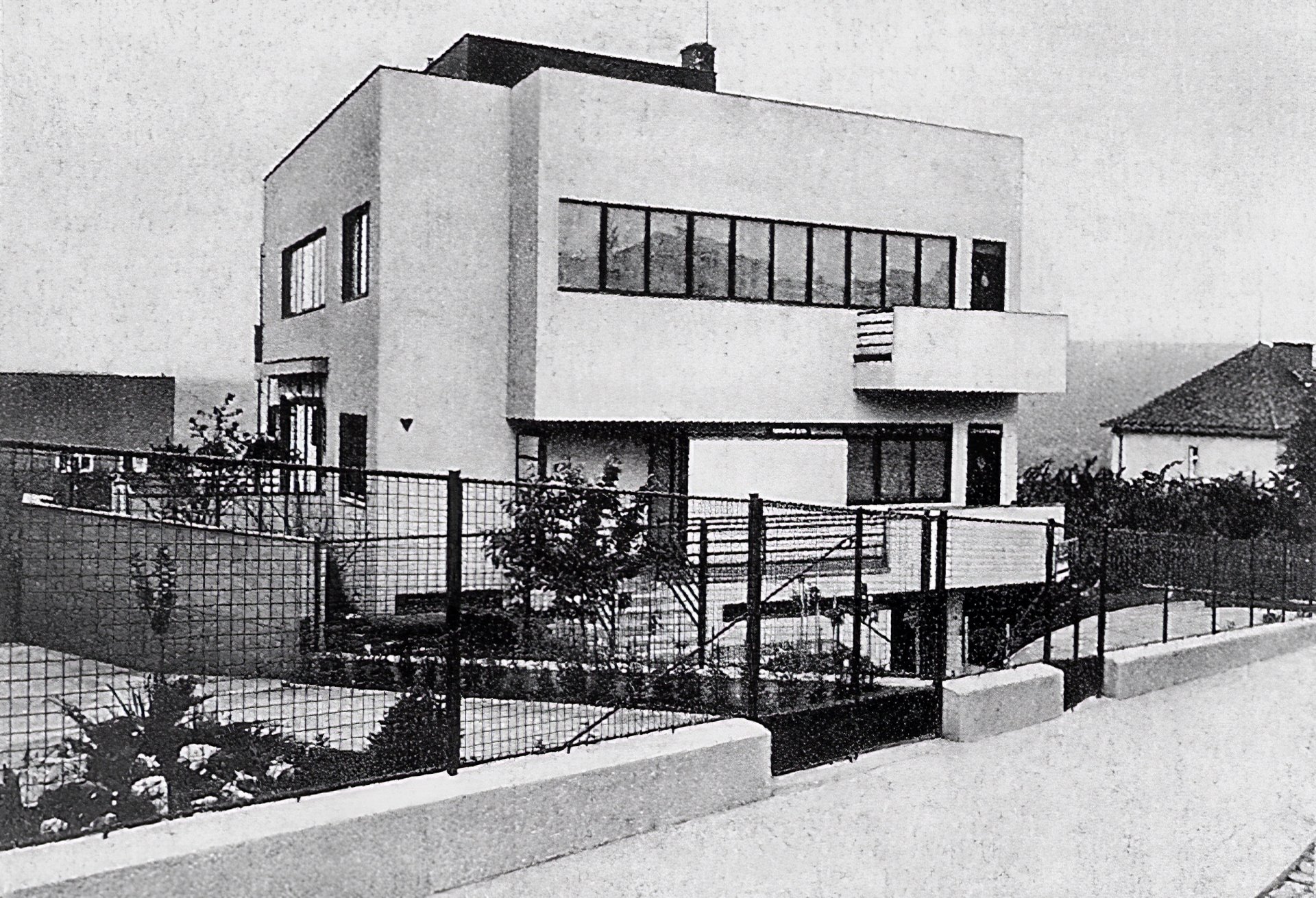 In 1935 Eduard Žáček built his own house with a large architecture studio in Lipová Street. The varied composition of the interiors is designed so that the residential and office areas are completely separated while still forming a single compact whole. The studio is shaded as it faces north, whereas the residential areas and bedrooms face south and look out on the garden.
The villa is designed as a three-level building, the basement of which was presumably intended for service facilities. The main entrance from the street is situated on the villa's first floor, which was used entirely as the family's residence. Inspired by the Dutch Neo-Plasticism, Žáček attempted to open up the interiors and connect them with the exterior, which is achieved by numerous terraces, balconies and conservatories. The influence of the De Stijl group is also seen in the use of red paint on the lower side of the balconies, the blue doors and window frames on the street-side facade. The architecture office composed of a studio, accounting room and the manager's office, is revealed by the ribbon window on the second floor of the street-side facade. This part of the house was accessible separately up a sidewall staircase and was separated from the bedrooms facing south.
At present, these interiors are used by the PAW Studio (architects Ludvík Grym and Jindřich Škrabal), which focuses on the restoration of functionalist buildings, including the successful reconstruction of this villa.