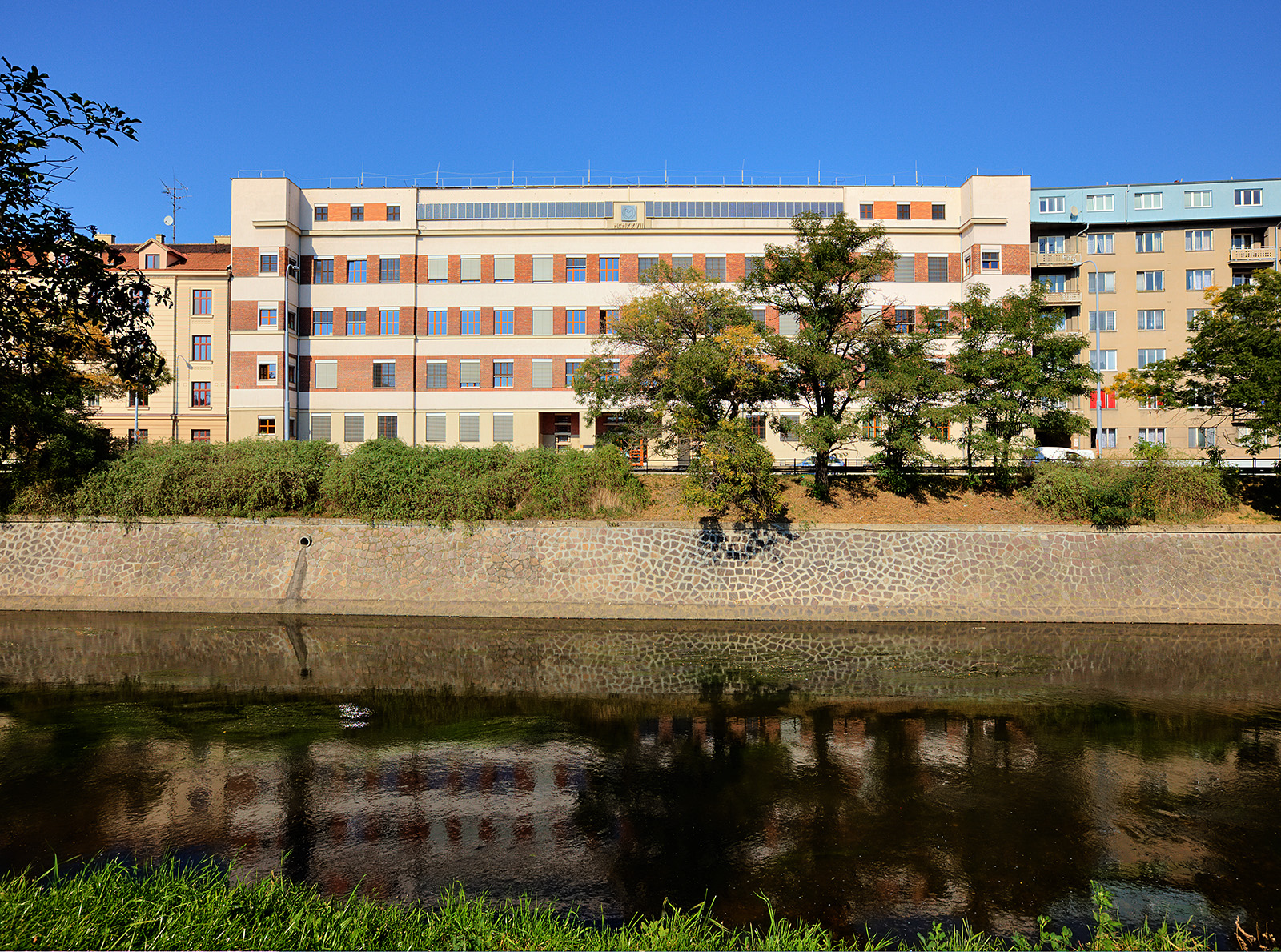 While the Czech grammar school in Old Brno was established as early as 1883, it was housed in temporary premises until the founding of Czechoslovakia. Not until then did the Regional Administration purchase the land in Poříčí Street for a new school designed by architect Jaroslav Syřiště in 1925. The first designs featured a bulky hipped roof and relief elements on the facade reflecting Rondo-Cubist decorative tendencies.
Although the final design is already deeply rooted in architectural purism, the monumental concept expressing the importance of a state institution, was preserved. The main front is segmented by horizontal strips of bare brick with windows alternating with smooth plaster. The main entrance in the middle of the street facade is emphasized by a deep niche. The only decorative element of the facade was the country's coat of arms and pole in the centre of the tall attic. The volumes of the side wings and the gym in the closed courtyard also have symmetrical layouts. The internal arrangements were designed to accommodate the progressive hygienic and educational requirements of the period.
The building is used today as the seat of the Faculty of Education of Masaryk University, whose presence is marked by the coat of arms on the attic, bordered by the newly installed solar panels.