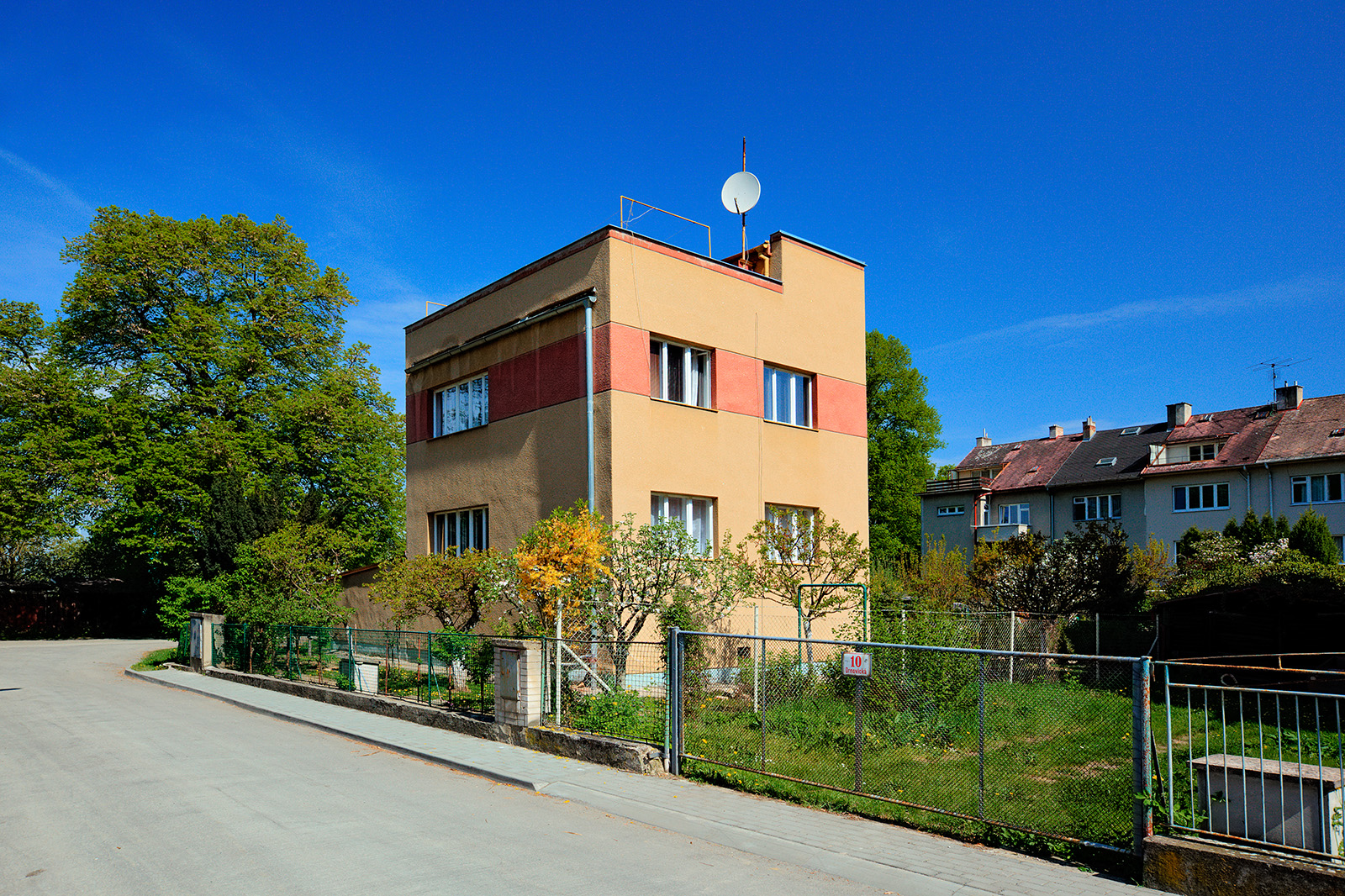 Jaroslav Syřiště was the most experienced of all architects participating in the creation of the New House estate and already worked as a professor of civil engineering at the Czech University of Technology in Brno. His villa is situated on the corner of Bráfova and Drnovická streets and features a compact cubic mass, whose original white facade was decorated only by a ribbon of bare brick at the level of the second story. The main residential area on the first story consists of a spacious hall occupying nearly a half of the floor. It was adjoined by a small kitchen with a larder. The second floor housed two bedrooms, and the roof was used, like with most of the buildings in the estate, as a terrace.
At present, the mass of the structure is preserved in almost unchanged condition; only a garage extension has been added in Bráfova Street. However; the crucial esthetic effect made by the contrast of the white facade and the bare brick strap disappeared under layers of beige and red Brizolit.