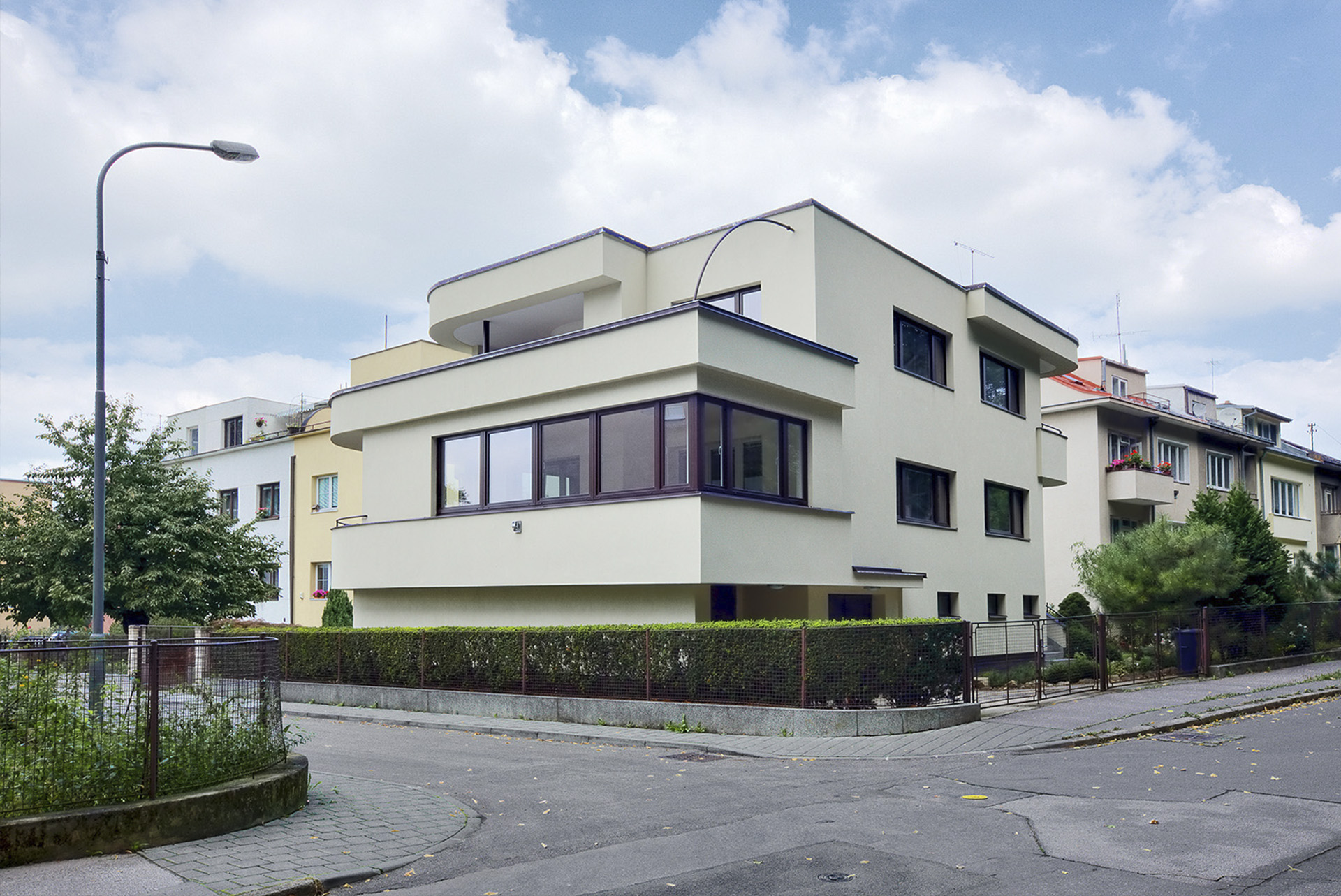 One of the few detached residential building in the New House estate is a villa by Jiří Kroha on the corner of Drnovická and Šmejkalova streets. Unlike the other buildings whose building program stemmed from the requirement for accessible individual housing for the middle class, Kroha's building is instead an example of the interwar villa production.
The cubic mass of this three-level building was enlivened by a number of interesting details. The street facade featured a corner balcony framed by the dynamic curve of the steel structure and the square grid window of the conservatory. The solidity of the structure was also broken by the terrace on the side facade of the second floor, which, unlike most of the houses of the estate, forms an intimate exterior nook facing the Wilson Wood. The service area of the house occupies the partially free ground floor with supporting pillars; excavation of cellars would have been too costly because of the adverse subsoil. The first floor housed a large residential room whose dining section was connected to the kitchen by means of a dispensing counter. This open space was linked to a terrace and conservatory overlooking Drnovická Street. The servant's room as well as external staircase descending to the garden are situated near the kitchen. The second floor concealed three bedrooms and a play room for children as well as the aforementioned terrace accessible from the base of the staircase and the bath.
Kroha's villa is one of the most extensively reconstructed buildings in the estate. The corner in Drnovická Street was given the rounded mass of the risalit with a new loggia on the second floor and rectangular terrace at the level of the first floor. The open ground floor has been partitioned, and the unique terrace carved on the second story facing the Wilson Wood has been closed.