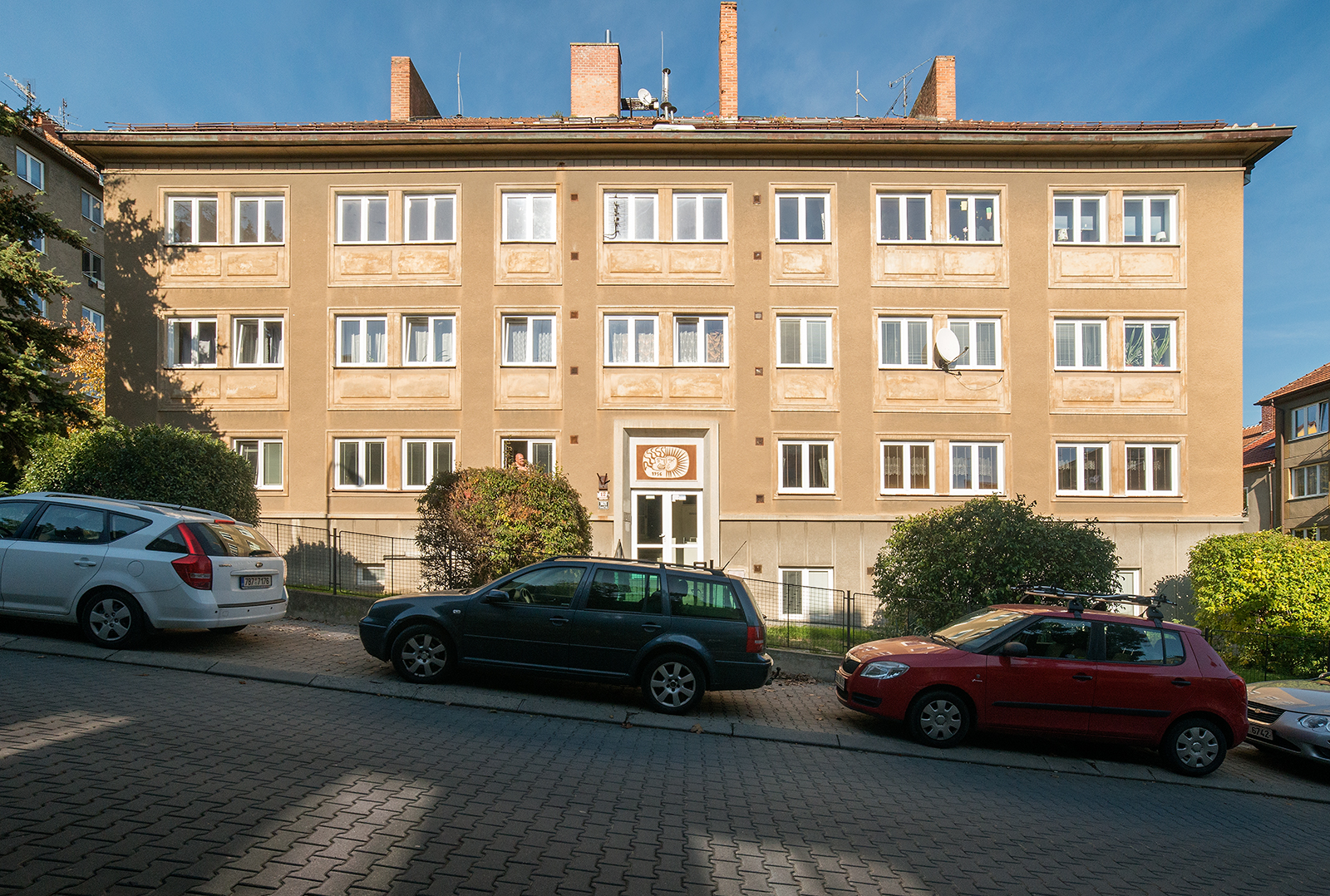 Socialist realism shaped the appearance of many cities up until around the end of 1950s. In towns and cities with substantial heavy industry such as steelmaking, its impact was manifested with greater ideological force, whereas in Brno it appeared in a milder form, characterised by historicist buildings with minor decorative elements. Its task was to convey in an understandable form the ideology of the new social system, which was served best by means of historicism with elements of national folk traditions.

The free-standing two-floor apartment building on Venhudova Street, which was built according to a design by the architect Miroslav Dufek in the period 1956–1957, is a typical example of the application of socialist realism in the Brno environment. The character of the building is reminiscent of pre-war type tenement buildings. It is set on sloping terrain and complements the blocks of apartment buildings on the streets Merhautova and Tišnovská.

The front facade of the house is segmented by a regular pattern of double windows, decorated with formed chambranles, which, on the first and second floors, have rectangular supplements below the windows. There is a striking rectangular sgraffito emblem above the entrance depicting a mythological motif. This is a stylized face which is made up of half Medusa and half sun, symbolising the protector of perpetual and everlasting life. This is a unique phenomenon in the context of the time in which it was created. In many cases, in order to accelerate the construction work, while also remaining true to the ideals of ​​socialist realism, prefabricated decorative elements were used and cast directly on site. Sgraffito decoration was quite unusual, as it was demanding in terms of time and expense. At that time, it was more common for ceramic tiles or sandstone reliefs to be used.

This apartment house in the Černá Pole district of Brno is one of the last examples of political ideology intruding into the expression of buildings. After Khrushchev’s criticism of Stalinism, architects began to abandon socialist realism. At the same time, technical progress continued unabated and a new phase of building began, which was guided by a purely rational economic spirit, and which was to finally provide solutions to the long-term housing crisis.