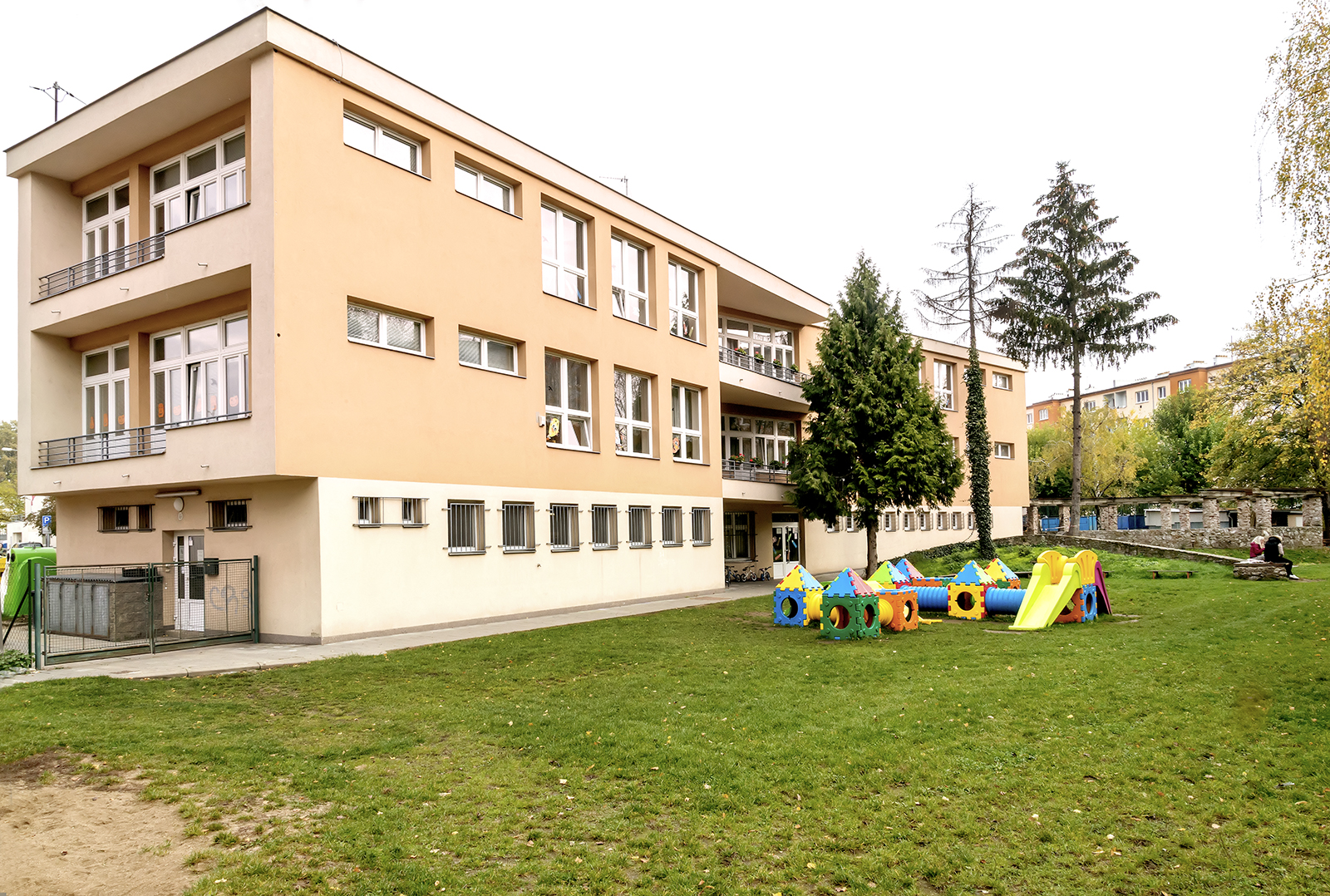 In the post-war period, Brno experienced a boom in the construction of school facilities, and this was closely associated with the city’s functionalist tradition and the theoretical ideas on which it was based. The building of new nursery and primary schools was largely driven by the construction of new housing estate complexes. Although there was a certain form of standardisation with regard to these buildings, many quality examples can be found among the designs of the 1960s. One of them is the Líza Čajkinová nursery school, which was designed by the architect Miroslav Dufek, who was a student of Bohuslav Fuchs and Bedřich Rozehnal.

The two-storey building of the nursery school on Nádvorní street, designed to resemble a free-standing villa in a garden, was intended for 120 children and was divided into 4 four separate sections. The school was named in honour of the reknowned Soviet partisan and heroine Líza Čajkinová (Liza Chaikina).

The entrance area includes a hall with changing rooms and administrative offices and overlooks the neighbouring Bohuslav Fuchs primary school building. In the central area, on both floors, there are common play areas which extend out onto covered terraces. These lie at the intersection of the two wings of the building, which meet and form an obtuse angle. The loggias on the side facades of the building illuminate the interior spaces of the children’s sleeping rooms in each section and create a pleasant mediating element between the interior and the exterior.

The nursery school was able to offer pupils above-average facilities, which included a sauna and a puppet-theatre playroom. During outdoor activities, pupils were able to make use of the spacious garden and a paddling pool. Although the exterior of the building was recently clad with thermal insulation and its wooden windows exchanged for plastic replacements, the building still retains its original distinctive expression.