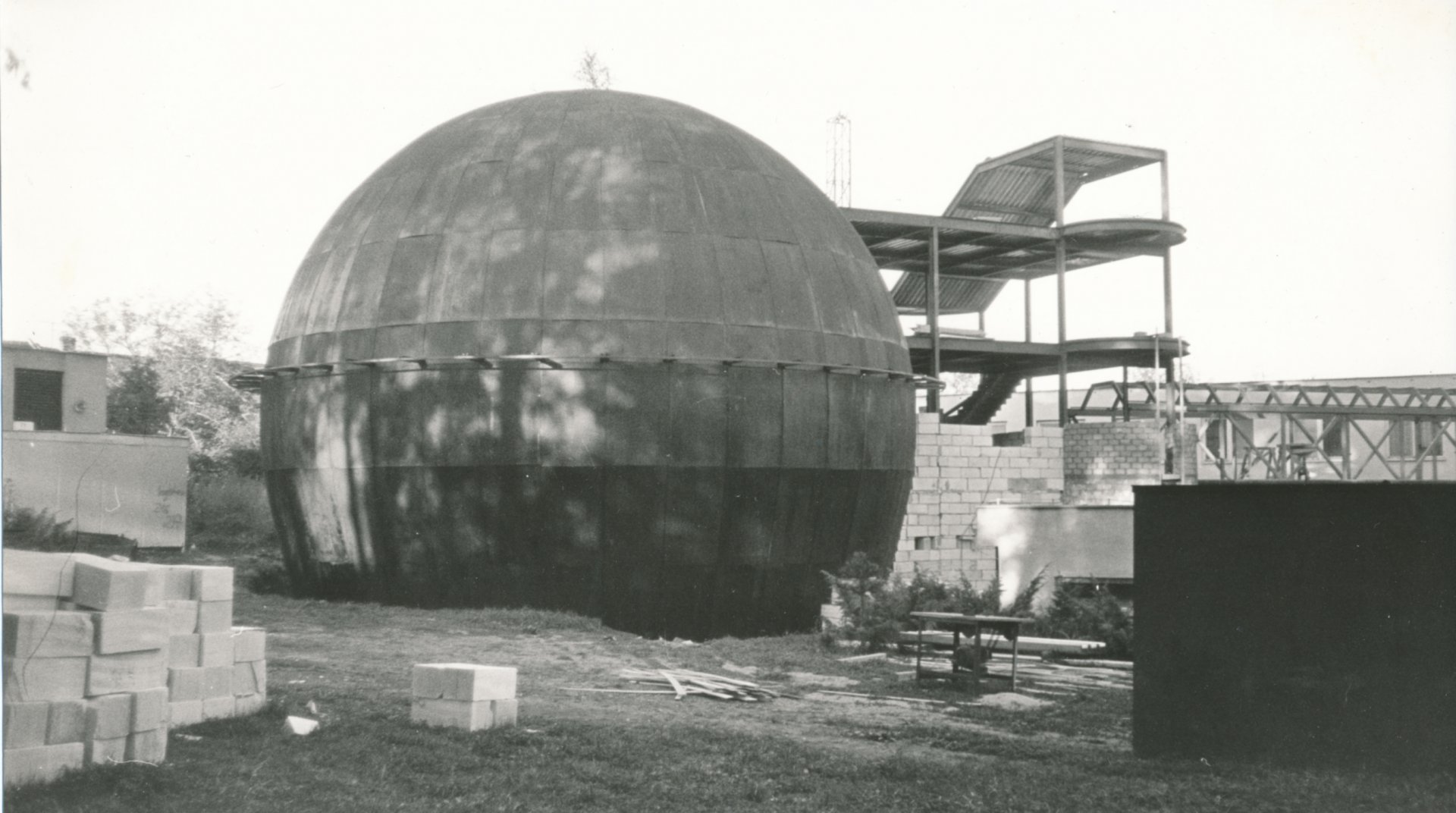 The Replantation Centre of the Plastic Surgery Clinic is a remarkable architectural contrast to the residential area of villas in which it is located, near the square Slovanské náměstí in the district of Královo Pole. This expressive pavilion with its huge dome was built in the late 1980s as an extension to the building of a clinic specialising in plastic surgery, which was located on the premises of the former Navrátil Sanatorium. In the interwar period, this was the private hospital complex of the physician Jan Navrátil consisting of two residential buildings that were combined into one in 1926. It had a three-dimensional cubist-like facade and details inspired by the interwar ‘national style’ of architecture. The sanatorium was nationalized after the communist coup of February 1948 and the building was subsequently used as a department of plastic surgery. Since the 1950s, it has been an off-site department of the University Hospital and also later became a research centre connected to the Faculty of Medicine in Brno.

Zdeněk Müller was a graduate of the Faculty of Architecture and a pupil of Bedřich Rozehnal, Antonín Kurial and Bohuslav Fuchs. For decades, he was professionally involved with the Brno Exhibition Centre and had been its chief architect since 1974. In 1984, he drew up the plans for a new replantation centre situated in the large garden and orchard of the former sanatorium. The design was for a modern medical clinic specializing in microsurgery (lymphedema surgery, cleft lip surgery, amputation) configured in a circular shape with a characteristic dome, which was inspired by the work of the architect Buckminster Fuller, famous for his geodesic domes, such as that for EXPO 1967 in Montreal. The dominant expressive element of Müller’s building is the round spherical part of the pavilion constructed from steel, almost half of the surface of which was covered by a sheet metal roof. This is encircled by a canopy and uninterrupted strip of windows with a subtle contrasting yellow frame, which also appears on parts of the windows of the staircases and the long glazed passageway that connects to the main building of the clinic. The remainder of the hemisphere of the clinic was rendered in smooth, light plaster and is connected to the staircase by a traditional masonry structure with small windows. The main staircase was in the shape of a rounded cylindrical tube and led out of the central dome, which housed the medical facilities and included a large operating surgery, an ICU and an audio-visual lecture hall.

The Replantation Centre on Berkova street is still used for its original purpose and has also remained in its original state, insofar as it has not been defaced or covered by modifications to its exterior.