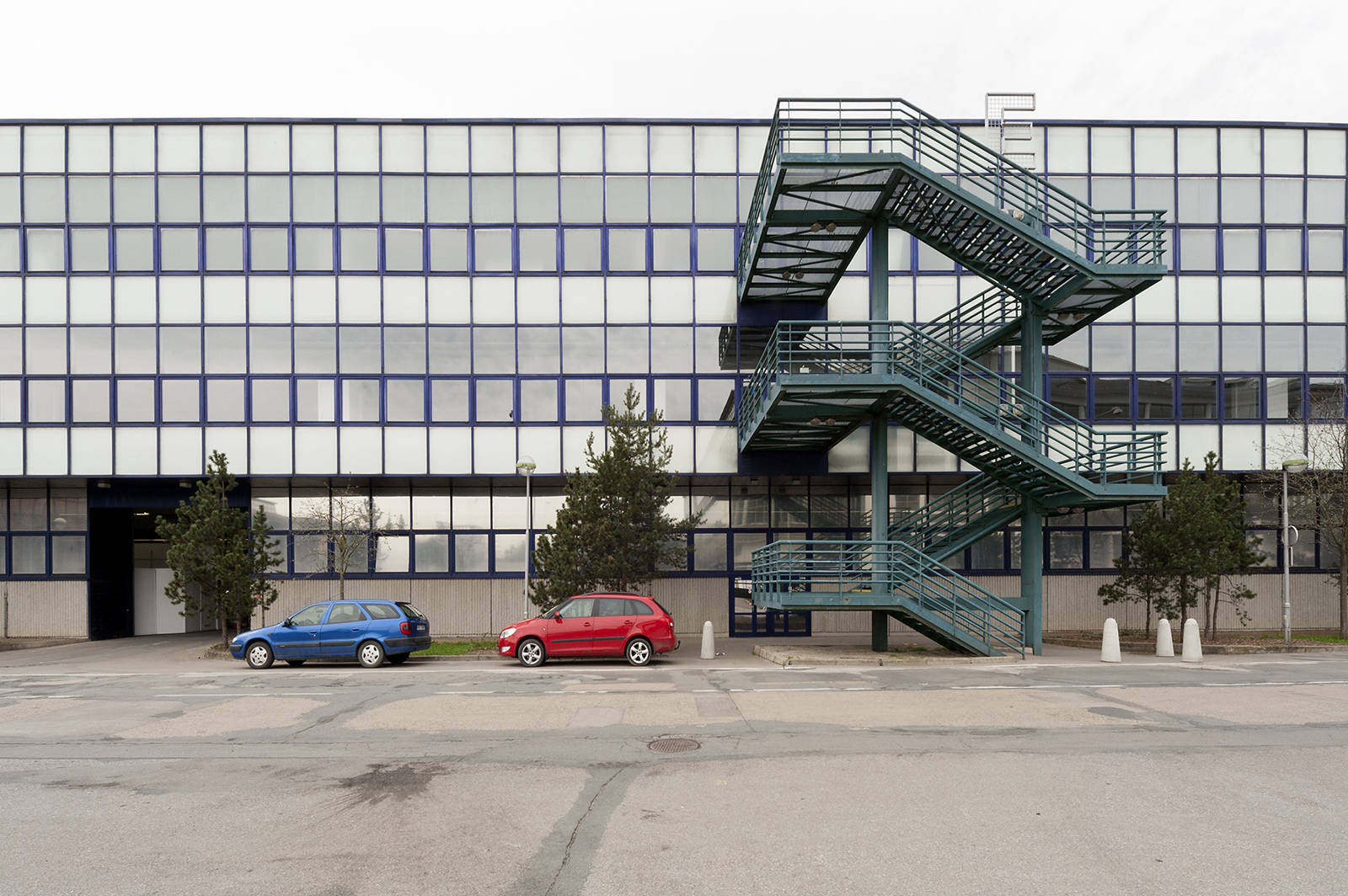 Pavilion E constructed in 1991 and designed by the architects Luděk Štefek, Zdeněk Müller, Tomáš Valent and Luděk Bělohlávek closes the eastern composition axis of the complex along Křížkovského Street. Its distinct horizontal glass frontage provided with a reflective surface mirrored upon its completion the surrounding historical pavilions, sensitively responding to the architectural landmarks in its proximity.

The construction system of the pavilion consists of a massive concrete frame with the spans of pillars of 9 m, and 18 m in the central section. Exhibition rooms are situated on three storeys with a relatively low height; on the opposite sides of the pavilion the individual height levels are joined by escalator halls. The east side of the pavilion facing Křížkovského Street houses an entrance hall, and the floors above it conference rooms and lounges. The hall and the social spaces above it are connected by an atrium illuminated from above by a skylight.

The construction of the pavilion involved a plan for  its linking with the pavilions B and C via roofed passages connected with the escalator halls at the first floor level. This plan was executed in the course of the following decade, giving rise to a complex of trade fair halls of the pavilions A-B-C-D.

The architectural concept of the pavilion echoed the time of its origin and purpose. Originally, it was supposed to be a “trademark” building housing permanent sample exhibitions, as evidenced by the chosen construction system and the pavilion dimensions. However, immediately after its completion, in relation to the transformation of the country’s economy, new requirements regarding the form of exhibition pavilions emerged, and the intention of establishing a permanent sample display in the Brno exhibition centre never materialised.

The construction of new, modern halls in the western part of the exhibition centre complex caused that the attractiveness of exhibition rooms in Pavilion E began to fade. Demand for conference rooms, however, remained stable due to the close proximity of accommodation facilities in nearby hotels. As a result, after 2011 the pavilion started to be converted into a congress hall. The first step was the insertion of a conference hall into the exhibition hall on the first floor.

During the reconstruction of the interiors, a large proportion of interior elements and details disappeared. The pavilion was originally characterised by the blue colour, derived from the period visual style of the company represented, in particular, by the BVV logo with white letters in blue squares. This colour scheme, together with the square format of the pavilion, presented a unifying element featuring on a number of building elements such as window frames, suspended soffits of steel nets and railings. These original details have survived in the pavilion to this day, yet as mere fragments of the original extent.