Villa of the Sugar Refinery Director in Hrušovany u Brna 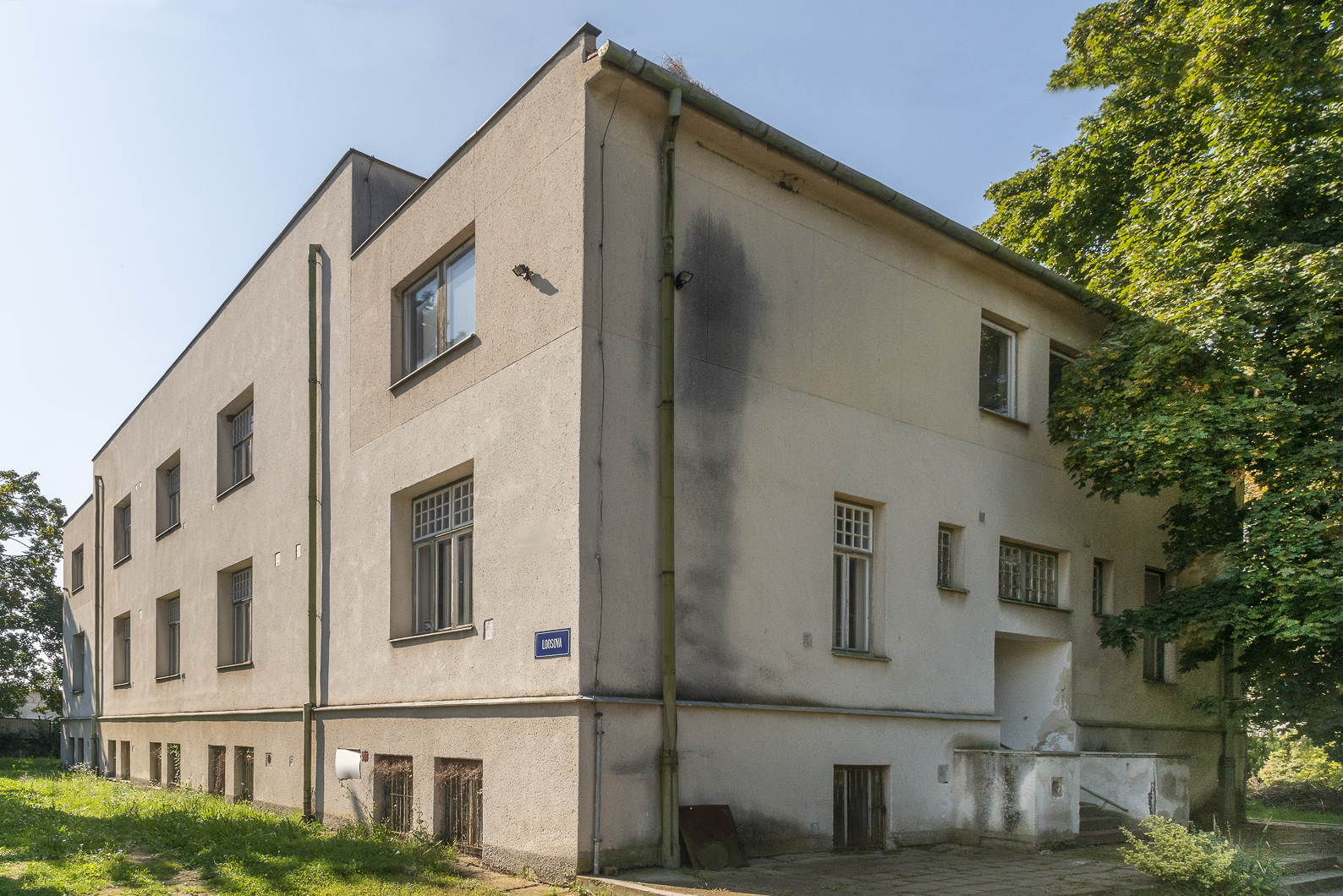 “Dear Mr Architect! You may be interested to know that for some time I have been living in the villa you have built and also furnished on the upper floor– myself and my wife and children. Only after a long-term stay in the house did we realize how much modern comfort you put into it. If the house were not located in the middle of a cultural wasteland, but in Grinzing below Bellevue with a view of Vienna, for example, it would naturally be incomparably more pleasant. Here, however, the contrast is all the stronger. The quality of life that one acquires in this way cannot be measured in any numbers at all.”
Letter of Viktor Bauer Jr. to Adolf Loos from 14 January 1919, Dagmar Černoušková, Areál cukerní rafinerie v Hrušovanech u Brna. Vila ředitele a hlavní tovární budova [The Sugar Refinery Complex in Hrušovany u Brna], in: Jindřich Chatrný – Dagmar Černoušková (eds.), Brněnské stopy Adolfa Loose [The Traces of Adolf Loos in Brno], Brno 2010, pp. 51–62, p. cited 60.

The villa of the sugar refinery director in Hrušovany u Brna, designed by Adolf Loos, replaced the earlier director’s villa from the late 19th century, also located near the factory complex. The design probably originated as early as 1913. It was financed by the joint-stock company Hrušovanská cukerní rafinerie [Hrušovany Sugar Refinery]. After the death of his father, Viktor Bauer Jr. replaced him on the board of the company, and he apparently also approached Loos on its behalf. The construction took place in the following year and the house was given the street number 214.
Probably due to the modern appearance of the building, which distinguished it not only from modest family houses in the village, but also from construction in nearby Brno, the house was incorrectly dated by many experts in the past. The simple white façade without ornamentation, the symmetrically composed frontage with a two-armed staircase and two mirror-oriented terraces, accessible from the bedrooms on the first floor, contributed to its uniqueness. Absolutely original, though, was the roof, designed as a walkable roof garden, which makes this building probably the oldest residential house with a flat roof in the territory of today’s Czech Republic. The appearance of the director’s villa thus foreshadowed in many respects the architectural trends that were yet to come in the second half of the 1920s. Unfortunately, there is not much evidence of the original appearance of the interiors. Despite the insensitive reconstruction from the late 1970s, it is evident that the architect did not use his famous space design called Raumplan, as it is known from the Villa Müller in Prague. An office operation centre with a typing room was situated on the raised ground floor. The upper floor was residential. Only the appearance of the entrance hall with a staircase, clad with dark panelling, is known. New discoveries include pictures of the dining room with a glazed dining-room suite, as well as two photographs of a soberly and functionally furnished bathroom.
After the proclamation of independent Czechoslovakia, Viktor Bauer Jr. as the then-director of the refinery’s board of directors went to Hrušovany to find out about the condition of the company after the war. He stayed in the director’s villa and after some time his wife and children joined him, as evidenced by a unique series of photographs taken in early 1919 in the surroundings of the house. In January, he wrote a letter to Loos appreciating the quality of the design and informing him that he would like to involve him in the planned interior remodelling of the chateau in Kunín. Since their younger son Hellmuth was to start compulsory school in September, the family did not stay in Hrušovany for long: “[A]fter half a year, during which time I managed to appoint a new director, I was able to relocate to Brno to devote myself to other tasks already awaiting me,” says Viktor Bauer in his memoirs. It is probable that the renovation of the chateau in Kunín ultimately did not take place, but in the early 1920s the Bauers commissioned Loos with the remodelling of the chateau in Old Brno.

Name
Villa of the Sugar Refinery Director in Hrušovany u Brna