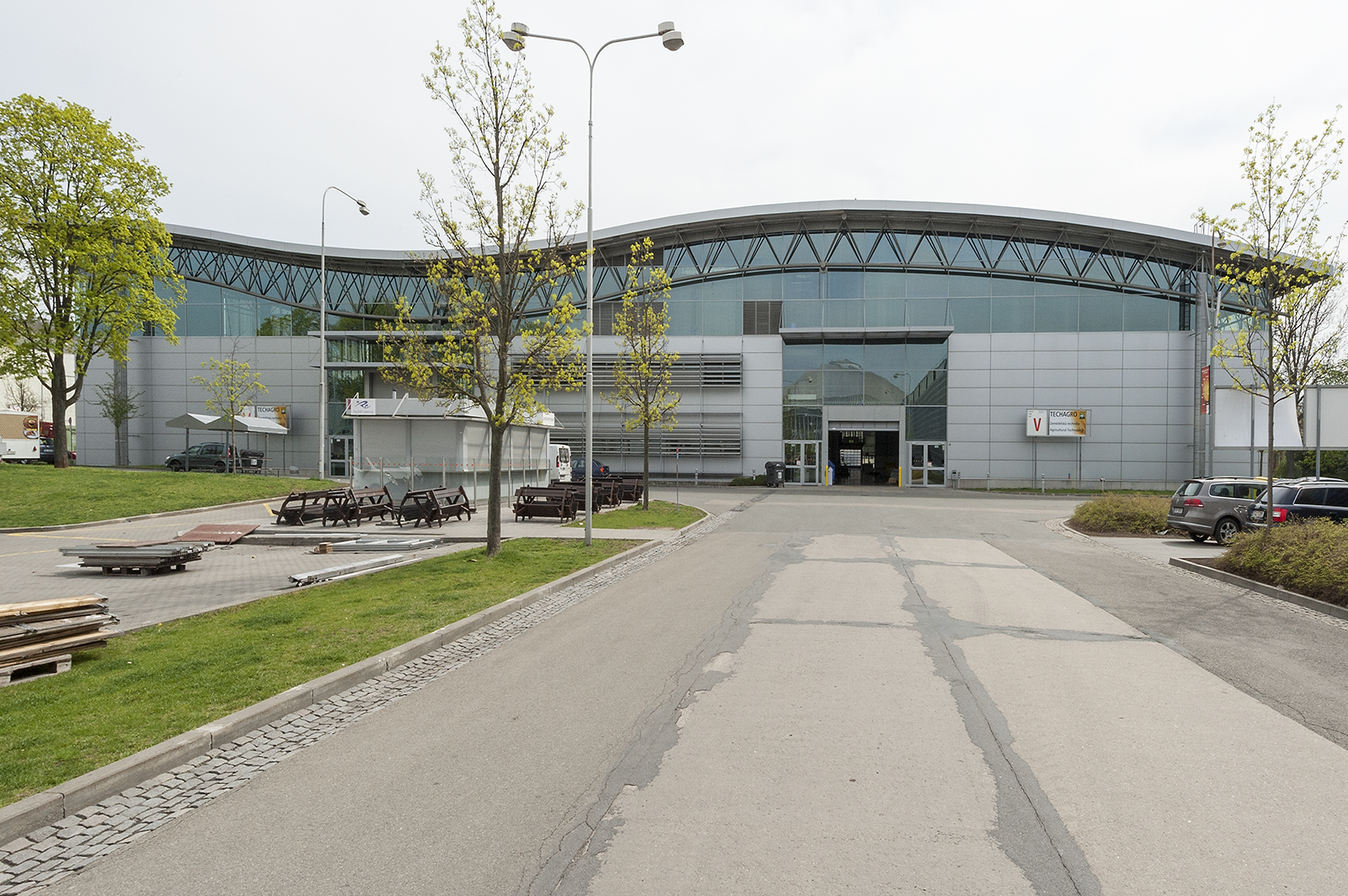 The construction of Pavilion V was the first major investment after the Brno exhibition centre became part of the Messe Düsseldorf concern in 1998. The German management chose for the new pavilion a site in the central section of the complex, on the communication axis following the north wing of Pavilion A. Several small pavilions of the Sigma, Kandt, Melcher, Topham and Nordstahl companies which, together with the old Pavilion V, lined the original promenade, had to be pulled down.

The large hall 120 x 100 metres has a steel frame with massive roof girders and minimum internal supports. Its austere rectangular form is offset by the double undulation of the roof and a strip skylight echoing the original composition and communication axis of the exhibition centre. When the pavilion was being built, a connection of the hall with the newly completed system of roofed passages linking the pavilions A-B-C-D and E in the eastern section of the exhibition centre was considered. Pavilion V therefore has on the side facing Pavilion A a one-floor construction with a platform onto which the passage from gallery A2 was to lead, and the same structure is found on the opposite side of the pavilion.

The architecture of the pavilion in all its respects responds to exhibition requirements. The perimeter shell of sandwich cassettes of anodized aluminium is partially glazed in the upper section, which enables the distribution of displays along the frontage, and due to the low level of daylight also work with specific illumination in the interior. The unified entrances and the drive-through gates placed on the opposite sides of the pavilion guarantee smooth delivery of exhibition equipment and exhibits, as well as the visitors’ movement. Strip installation shafts provide the connection of stalls and media outlets. Some of the exhibits can be hung on massive roof girders.

The pavilion was designed by the Arch.Design studio with main architect Jaroslav Dokoupil. During the preparation of the construction there were concerns whether the historical complex protected as cultural heritage could absorb a modern hall of such a scale. However, the following building development showed that the coexistence of the modern hall and historical buildings was possible, and it is now the organic blending of protected historical pavilions and modern halls found on a single site that gives the Brno exhibition centre its distinctive character, making it a unique complex standing out among other trade fair centres.