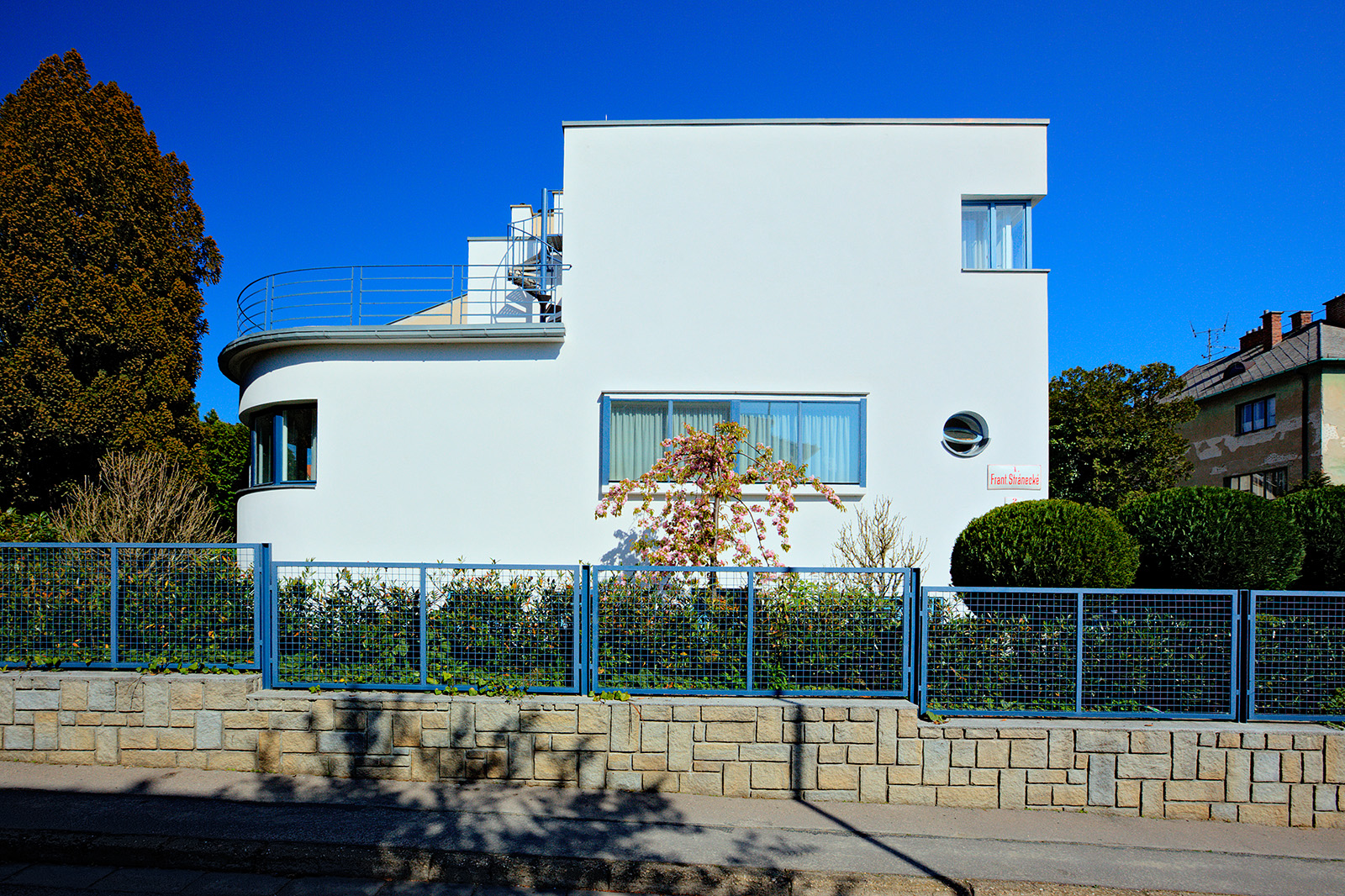 The Sedlák couple and their daughter Mary with her husband Oskar Spitzer had this elegant corner villa in Havlíčkova Street built in 1932. The builder's name may refer to Emerich Spitzer as the designer of the villa, though this cannot be proved by the original drawings. This hypothesis is, on the other hand, supported by comparisons with his other works.
The layout of the two-level house is divided into two tracts. The left tract facing the garden ends in a round ground-floor risalit which forms the base of the terrace on the first floor. The round shapes and nautical details such as the railings and round windows are typical of the works by Emerich Spitzer and can also be found in his villas built in Bratislava. The exquisite impression of this villa is produced by these subtle details, slightly protruding window frames contrasted with the smooth facade areas as well as the overall incorporation of the house in the surrounding development.
We have no information about the clients' fate after the war. The house fell under national administration in 1947 and was then used as a nursery school in the 1950s and 60s for the Precision Engineering Company. The villa was used as a residence again from the 1970s onwards. In 2001 the villa was acquired by a new owner, who had it completely reconstructed. The present condition of the villa is a fine example of a quality restoration project, one implemented by Mojmír Kopecký, an architect from the Brno-based Tišnovka Studio. The reconstruction preserved the original layout of the building as well as the overall impression and materials used. The wooden and steel windows and door frames were reused and restored in their original colors. The garden was also modified in the spirit of the period between the wars and enclosed by a replica of the original wire fencing. The interiors were furnished with contemporary furniture according to designs by Mojmír Kopecký, Ivan Wahla and Tomáš Rusín as well as the still produced designs from the period between the wars, such as the Brno chairs and a table by Ludwig Mies van der Rohe. The modern artistic elements include two hand-woven tapestries by the tapestry manufactory in Valašské Meziříčí based on designs by painter Jan T. Strýček.