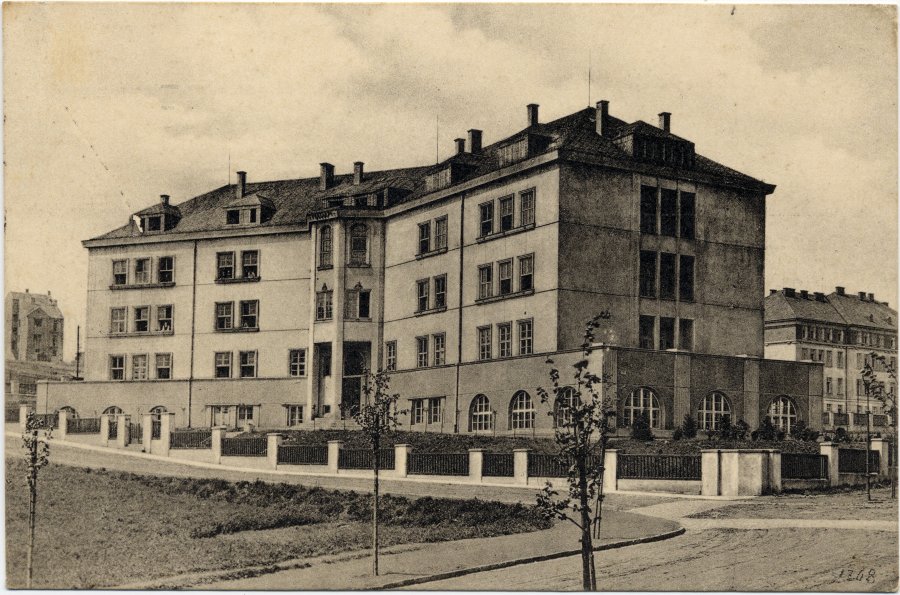 After the establishment of Masaryk University in 1918 it was necessary not only to find new sites for individual faculties, but also lodgings for students and teachers. Due to a lack of financial resources the state's treasury could not participate in the building of students' dormitories; instead, this reponsibility was assumed by various associations and foundations. This is also how the academic hall in Klácelova Street came into existence. The building was initiated by the Sušil Association founded in 1919 with the aim of providing housing for Catholic students. The cash necessary for the construction was provided by the Cyril and Methodius Savings Bank and the opening ceremony of the dormitory consecrated by Bishop Klein was held under the patronage of papal nuncio Bishop Mikara.
The design by architect Rudolf Hlavinka was selected from the short list of entries. This three-level building with a hipped roof consists of three wings connected on a Y-shaped ground plan. The main facade is dominated by the polygonal risalit of the staircase, which also features the entrance and connects the two wings of the street facade forming an open angle. The disposition of the double staircase is also intriguing in that its polygonal landing provides access to all three wings of the building.
In the context of the closure of universities during the Nazi occupation, the dormitory witnessed arrests of students directly on its premises. On 17 November 1939, under the pretext of illegal resistance activities, fifty students were arrested in the building of the Sušil dormitory and consequently deported, together with others arrested, to Sachsenhausen concentration camp. The building was used as the seat of the German police from 1940 until the end of the war. Today the hall once again serves its original purpose as a dormitory for the students of Masaryk University.