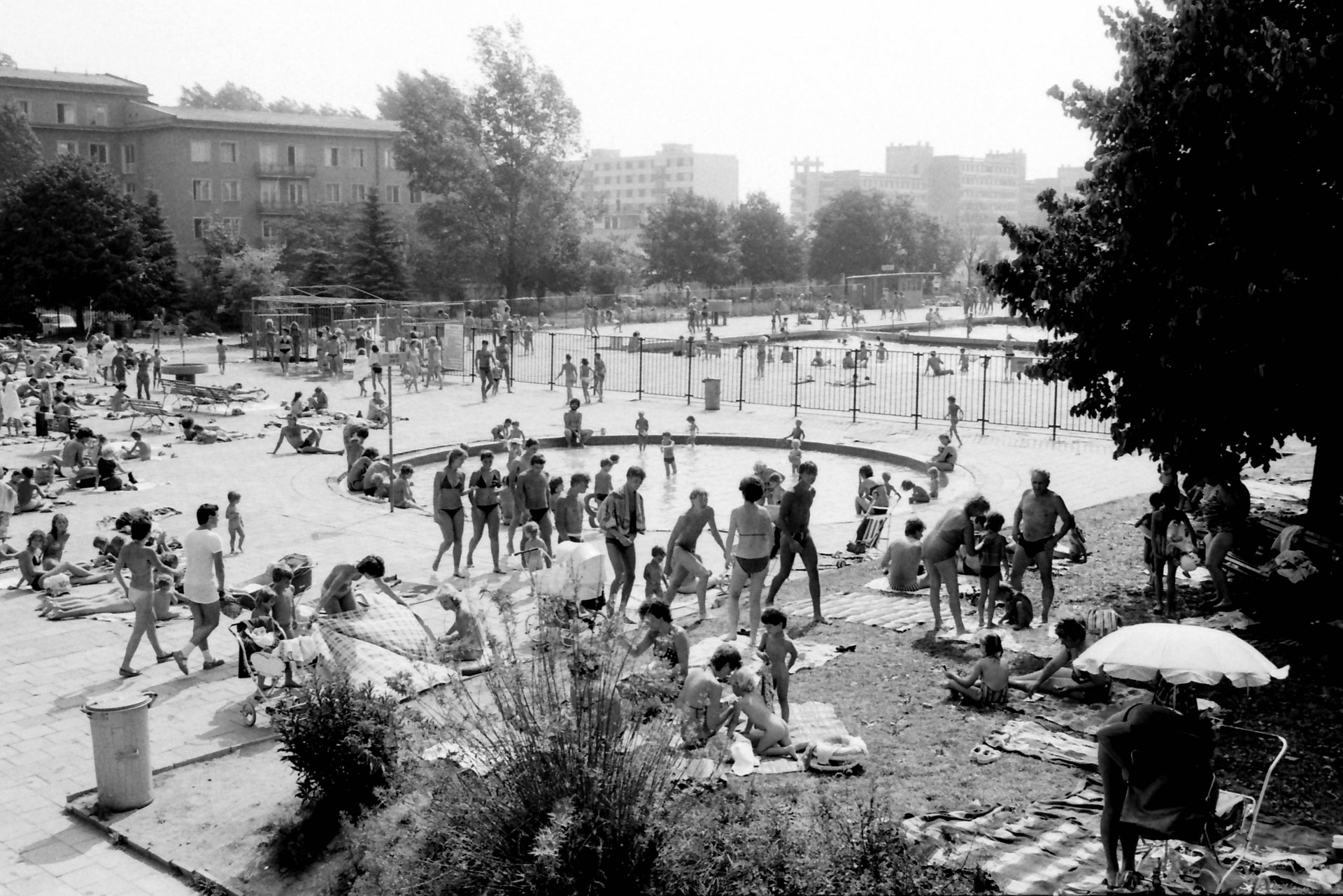 In the 1950s, the inhabitants of Královo Pole took part in a number of events aimed at agrandizing the public space. Within the framework of one such project, known as ‘Initiative Z’, between 1957 and 1962, a memorial to the Red Army was erected on Božetěchova street, a small park was established at the corner of Chaloupkova and Rostislavovo náměstí, and landscaping work was done at the Carthusian monastery in Královo Pole  and on Myslínova and Cupákova. The swimming pool on Dobrovského street, which came into operation in 1961, is another distinctive building that came about with aid of the local people.

The grounds of the swimming pool are closed off from the street by an elongated, one-storey building, on the first floor of which is the entrance. At the end of the passage that leads from the main entrance is a ramp from the building that traverses its whole height. The building is divided optically by a two-colour plaster facade in beige and white.

The construction was initiated by Jugo Machař (* 1932), who studied medical engineering at the Brno University of Technology in the 1950s. He lived on Dobrovského opposite the place where the swimming pool now stands, where at that time were two unused water storage tanks for fire fighting. He had the idea of ​​using them to create a swimming pool and came up with an overall concept that included two swimming pools, a paddling pool, changing rooms, rest areas, and rooms for machines and technical equipment. He participated personally in the construction of the swimming pool, and subsequently helped with running of it and inspecting the quality of water. Later, he drew up the design for another swimming pool, which was 50 metres long. Between 2014 and 2016, the swimming pool underwent a reconstruction and its length was reduced to 40 metres.