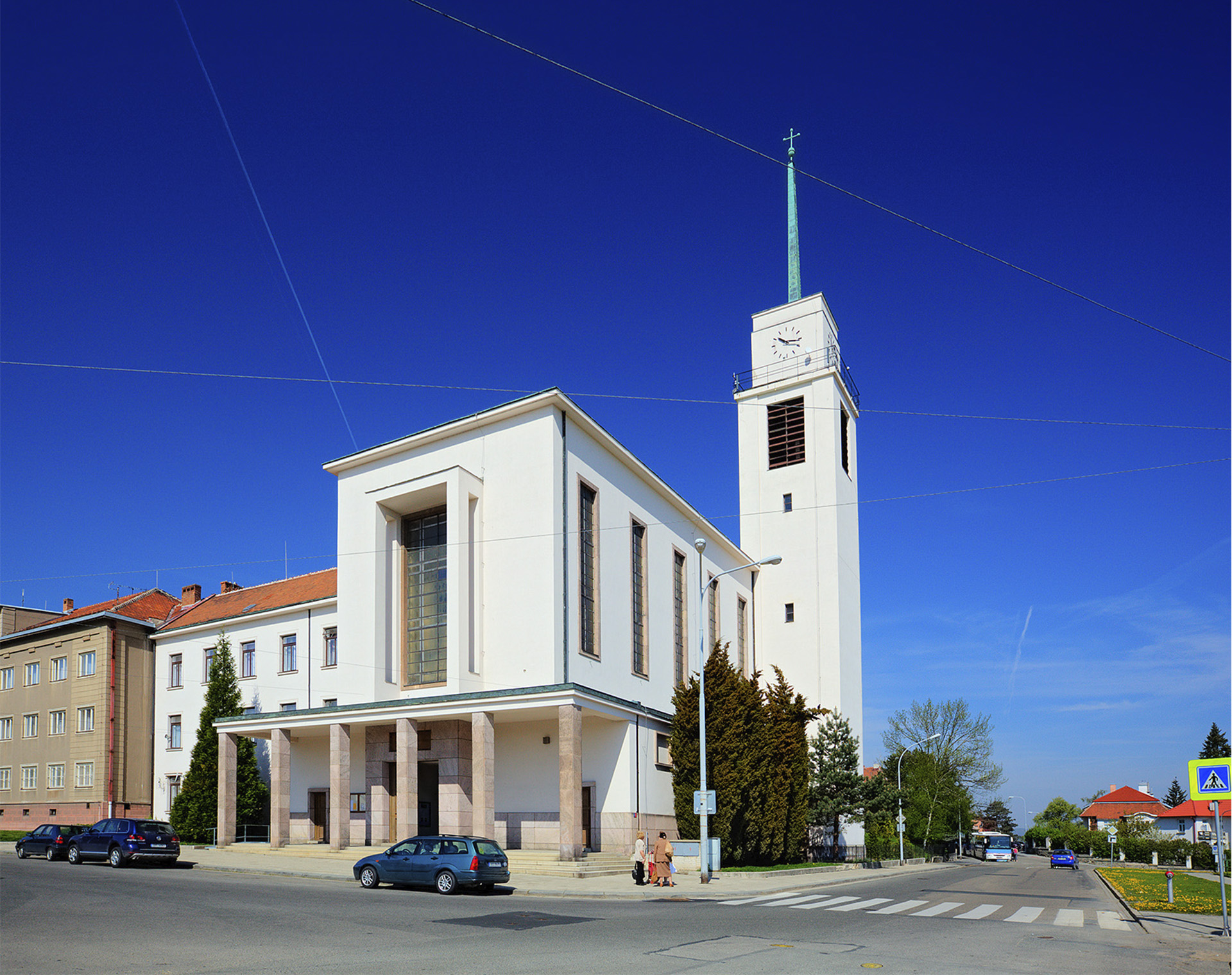 After the founding of Czechoslovakia the housing development in the then German Clerk (the present Masaryk) Quarter in Brno spread across the slopes of Pisárky and the area of the present-day Stránice drawing on the development of the Czech Clerk Quarter in Žabovřesky. Given the vast area of the new developments the superiors of the Old Brno monastery decided to build a church with a rectory to satisfy the needs of the growing parish in the Masaryk Quarter. The plot on present-day Náměstí Míru (formerly Babákovo Square) was selected from the extensive property held by the church and in 1930, on the occasion of the 1,500th anniversary of the death of the influential religious mentor, the foundation stone for the "jubilee" St. Augustine Church was laid.
The design of the church and the rectory was assigned to professor Vladimír Fischer, an important teacher at the Czech University of Technology in Brno. The design was created in 1929–30, but the building and consecration of the church did not take place until 1935. Fisher's design demonstrates the formal means employed by functionalism, which is manifested in the smooth walls of the plain geometrical bodies comprising the bulk of the church. The disposition and composition of the individual architectural elements corresponds to the traditional conception of a Catholic church, which is based on Old Christian models. This church is a three-aisled basilica featuring a raised nave with windows lighting the interior. The nave faces north-east and ends in an apse; its coffered ceiling alludes to Italian Renaissance-style temples, as so do the arch separating the apse and the converging lines of the granite floor. The portico outside the main facade is another Classicist element; the loosely adjoined slender bell tower also reveals Italian inspiration.
These historical connotations did not go unnoticed with the younger generation of Brno architects, who refused to view the building as a progressively functionalistic work. Its uniqueness lies in its sophisticated urban conception owing to which the lofty mass of the church is visible through unexpected openings in the surrounding streets as well as from spots further away from Kraví hora.