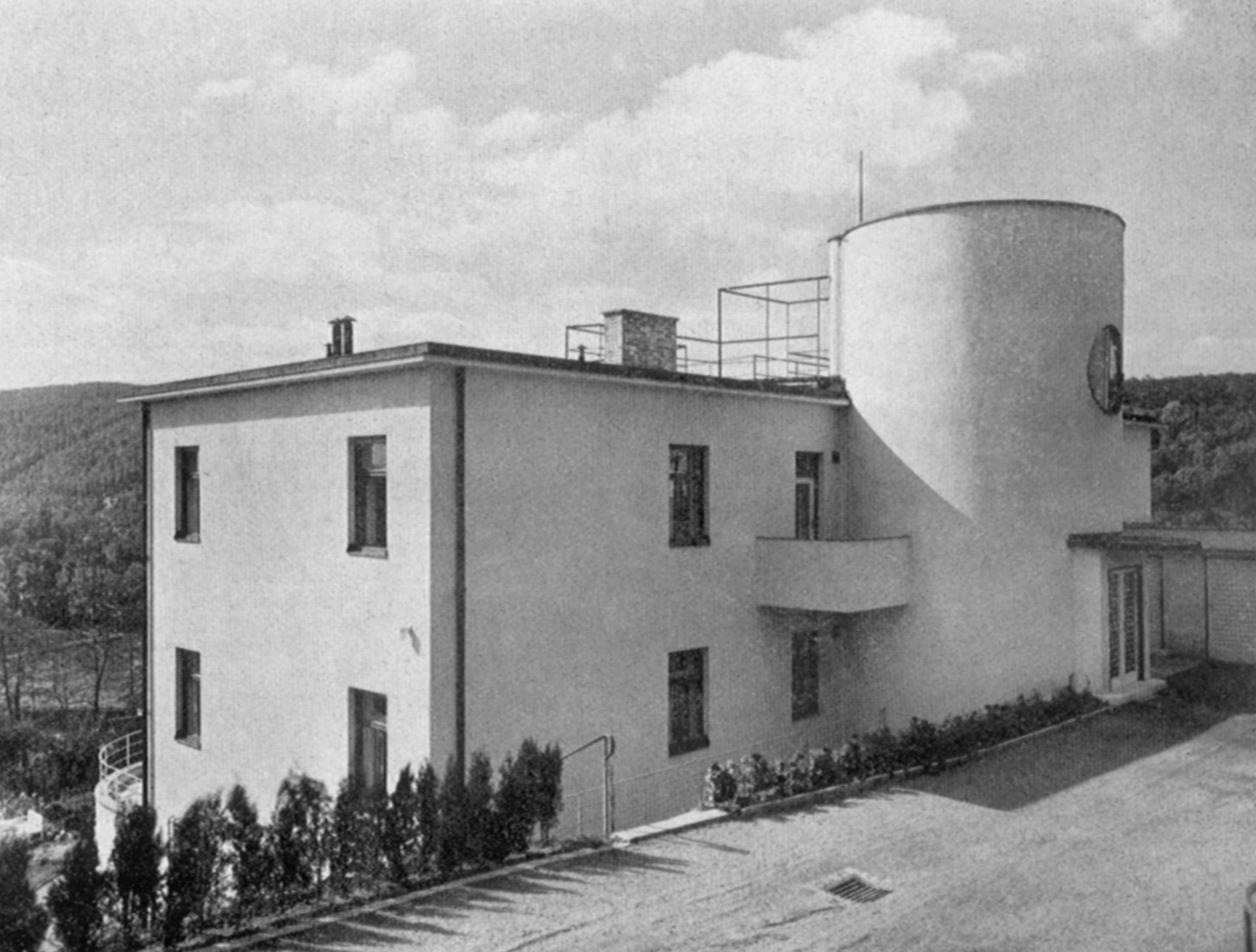 A villa for the Jewish Wittal family grew on the steep slope of Pisárky according to a design by Heinrich Blum in 1932. Unlike his previous more traditional designs of villas in nearby Preslova Street, this structure is a manifestation of functionalism and an attempt at its organic conception.The bulk of this three-level structure consists of a simple block adjoined by the masses of the oval garden terrace and rectangular risalit. The architect placed the service facilities in the basement, the upper two stories comprise two nearly identical residential units accessible via a graceful spiral staircase.
Both apartments are divided into a service area facing the street and residential rooms overlooking the garden, including the glazed corner veranda. The large oval terrace is accessible from the apartment of the first floor; the top floor features a balcony. His attempt at organic work with the material is visible in the rounded shapes of the staircases and the entrance risalit as well as in the use of nautical details of round windows and ocean-liner railings. However, Blum did not succeed in setting the main residential area free from the orthogonal clutch of the rectangular floor plan.