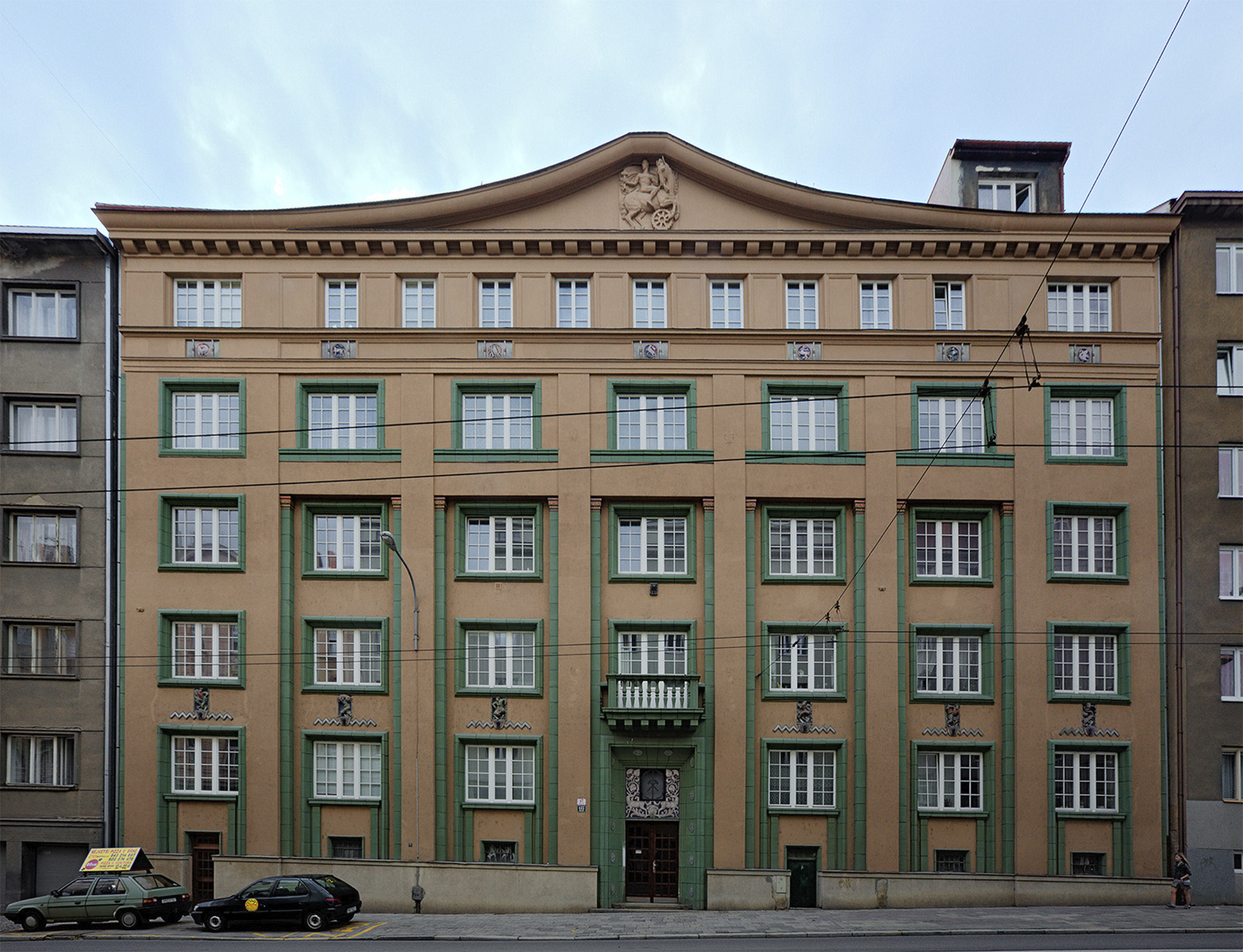 Upon the formation of Czechoslovakia after World War I, the management of the Mining and Metallurgic Company decided to move its headquarters from Vienna to Brno so that it would not lose control over the coal mines in northern Moravia and Slovakia. The clerks working in the newly formed Brno general directorate found housing in the apartment building built in Úvoz Street in 1923.
This five-level building with a higher basement designed by Karl Lehrmann is influenced by late historicism and Viennese monumentalism. It reveals the influence of the training Lehrmann received at Friedrich Ohmann's studio at the Vienna Academy as well as elements of Wagnerian modernism, whose geometrical tendencies dominated many of the new buildings in Vienna at the time. The street facade is segmented by large windows with wide dark green ceramic bands and topped by a curved gable with a relief of a boy on a prancing horse. The central entrance with the company's logo features broad ceramic facing with relief signs of the zodiac. The decorative elements also involve small comic ceramic medallions as well as a relief ceramic undulating line above the windows of the elevated ground floor. Unlike the street front, the rear facade is almost smooth and lacks any prominent decoration. The main entrance from the street leads to a short corridor clad in orange ceramic tiles. The vestibule situated immediately opposite the entrance features a  semi-circular staircase providing access to the upper floors and separating the building's H-shaped ground plan into two parts. The floors of each of the wings house two apartments whose service areas faced the inner yard, while the residential rooms looked out on the street and the internal block. The house was reconstructed in 2008-2009, and the facade was returned to its original colour. Today the apartments are owned by a housing cooperative.