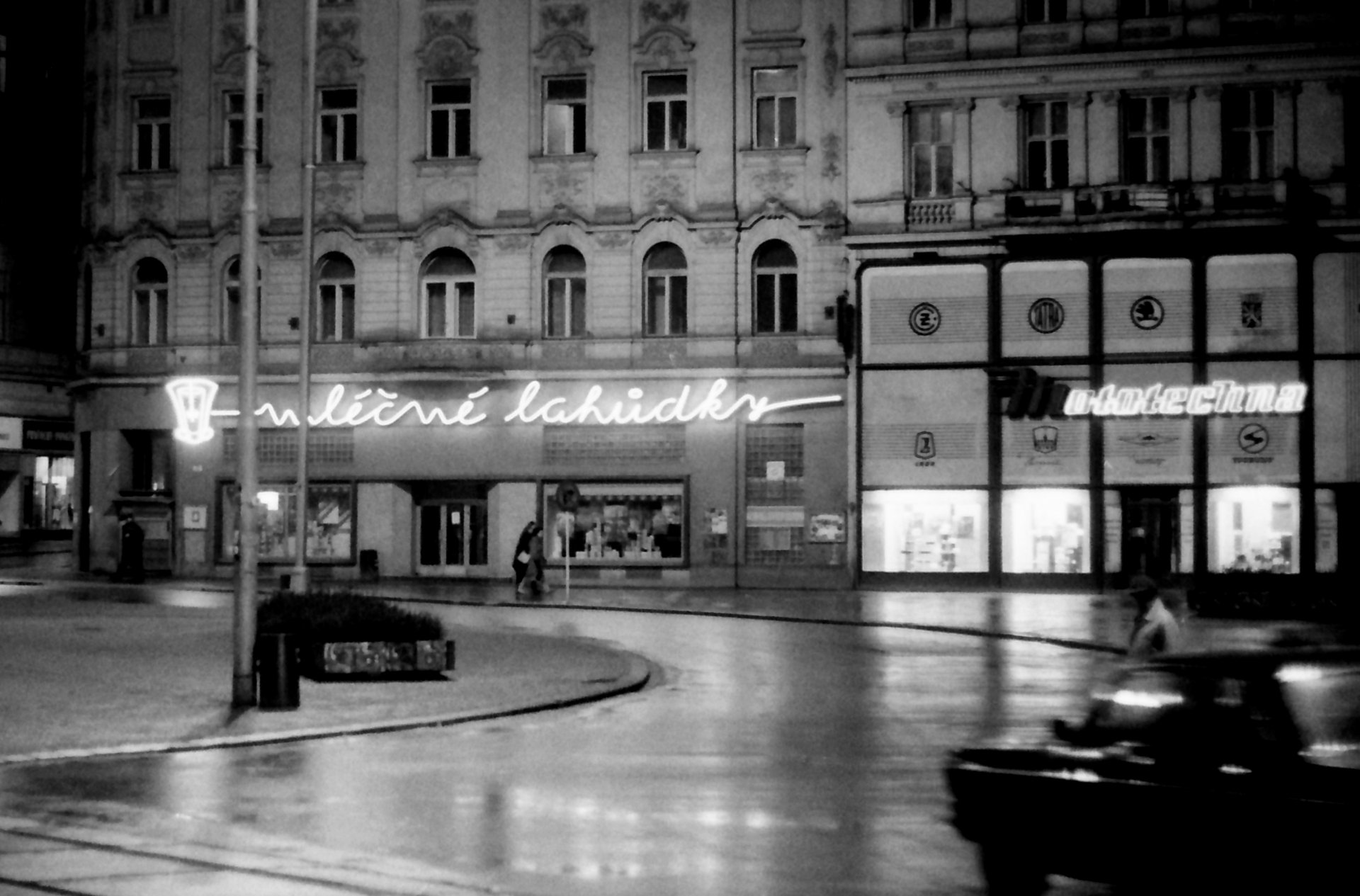 During the course of the 1950s, a number of establishments offering snacks and refreshments appeared in often frequented parts of the centre of Brno. One of these was the milk bar that opened in 1950, right on the main square, náměstí Svobody. This purveyor of dairy delicacies was housed in the baroque palace on the corner of Zámečnická street. The architectural design of the bar had been drawn up a year earlier by Jiří Velek. In the years 1958–1959, other milk bars would appear: one near the railway station (designed by Zdeněk Řihák and Jaroslav Brychta) and one on Česká street (by Jaroslav Brychta).

Architect Jiří Velek, who would go on to design the Keramoprojekt building in 1962, located the new milk bar in the ground floor business space of the four-story building. The main entrance was set between two large shop windows, which gave the interior of the bar a light and airy character. On the façade above them, there were strips of glass bricks and a neon sign characteristic of ‘the Brussels style’ running the entire length of the facade facing the square. The artistic decoration of the milk bar was done in the years 1953–1955 by the Brno painter Bohumír Matal, a member of Group 42, who devoted himself to painting, sgraffito and ceramic architectural projects in the post-war years. For the milk bar, he used a realistically depicted motif of a herd of cows in the form of a large-format wall painting, which was similar to the interior of the nearby Tempo bar, another design by Jiří Velek (1950), in which he painted the motif of a group of horses

Nothing remains of the original interior or exterior of the milk bar, or the paintings. It closed shortly after the 1989 revolution and, after the space was reconstructed, its place was taken by the first McDonald’s fast-food restaurant in Brno.