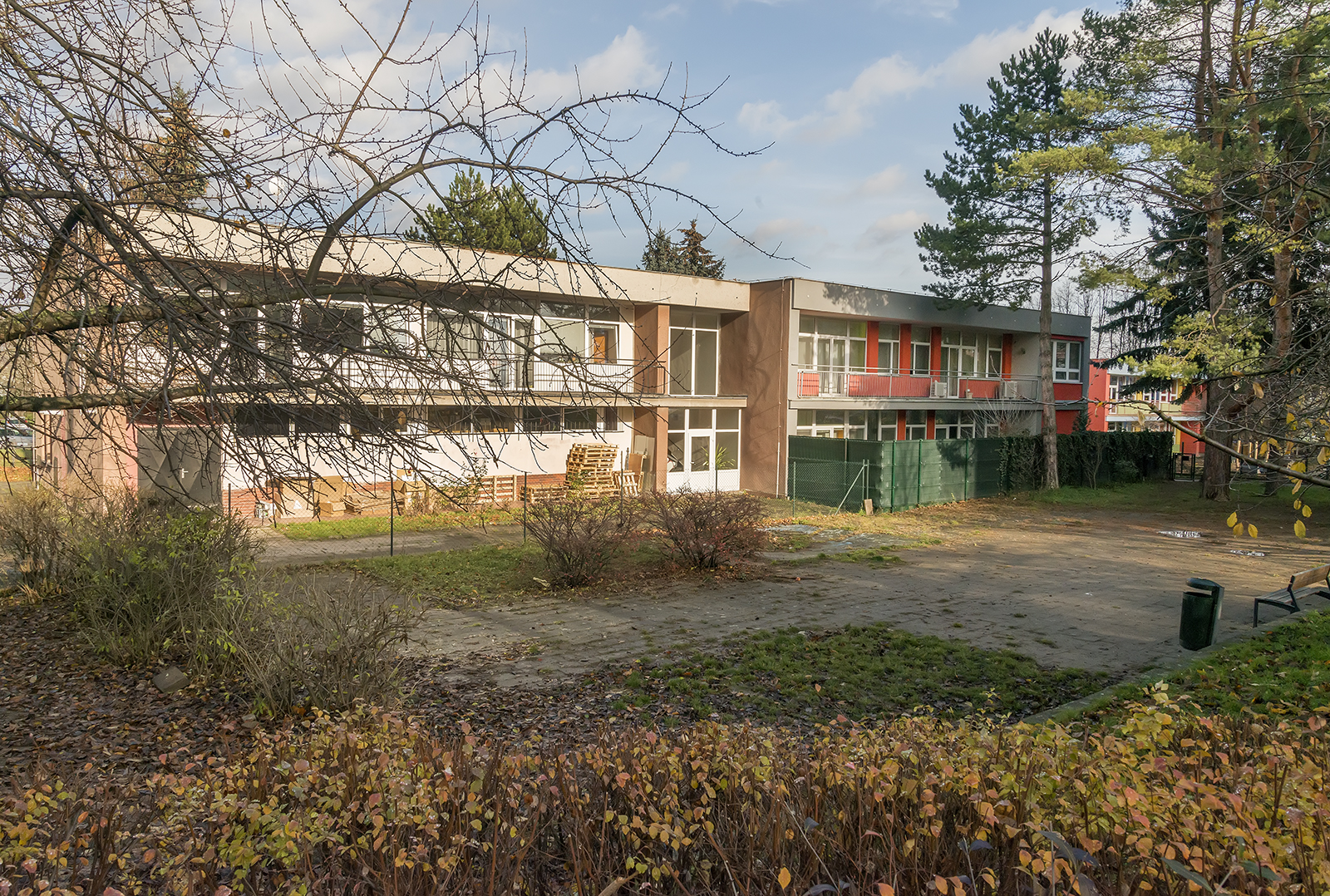 Under the communist regime, civic amenities played an important role in the creation of municipal plans for all settlements in the districts. They were designed to meet the everyday needs of people living there, including shopping, recreation, sport, eating out, social and health services, but also to raise living standards, by, for example, increasing the capacity of facilities for children of all ages. According to a survey from that time, in the early 1970s, the construction of nursery schools in the South Moravia region slightly lagged behind the national average. For that reason, the architectural planning organization Stavoprojekt Brno was tasked with designing a number of local nursery schools for individual districts of the city.

One of these was the nursery school and creche in the Královo Pole district for 90 and 55 children, respectively, which was built in 1976. It was designed by the architect Miroslav Dufek, who conceived it as a two-storey building with minimal basement adjusted to the incline of the terrain. The main entrances to the ground and upper floors from the north are separated, as is the entrance to the kitchen and its basement storage space with lift. The interior of the first floor of the building consists of two identical parts with identical functions and two staircases. The corridors connecting the staircases are connected to large halls with changing rooms on both floors. There are also sanitary facilities, staff offices, and spaces for play, dining, and sleeping for thirty children in each part. A loggia with balustrade runs the whole length of the first floor so that the rooms can be ventilated easily and safely. The ground floor is also divided into two parts, one that copies the layout of the first floor and another accommodating the kitchen, the lift, a two-bedroom flat for the caretaker, the Head’s office, washrooms and storage spaces. There is also an entrance for moving toys and other equipment into and out of the garden. The building is surrounded by lush greenery, which helps create a pleasant environment and block out noise from the street in a busy part of the city. The design for the spacious garden included a sandpit and paths.

The project was designed as a fully assembled skeleton with hidden main beams according to a system from that period known as KPO Brno. The dimensions of the basic and additional modules of the building were 600 × 720 cm and 600 × 480 cm. The shell of the building is masonry from CDK-type bricks and steel was chosen as the main building material for the staircase. According to the architect Miroslav Dufek, the main principle of the architectural design was the use of solid gable walls contrasting with the glazed frontage. The plaster of the gable walls was originally from coarse rough-cast plaster and the parapets by the entrance and on long sides of the facade had fine-grained surfaces. Unfortunately, this alternation in the aesthetic effect of the building was recently covered with brightly coloured insulation. The ceramic tiling on the south side of the building has also disappeared and the original windows have been replaced with plastic versions.