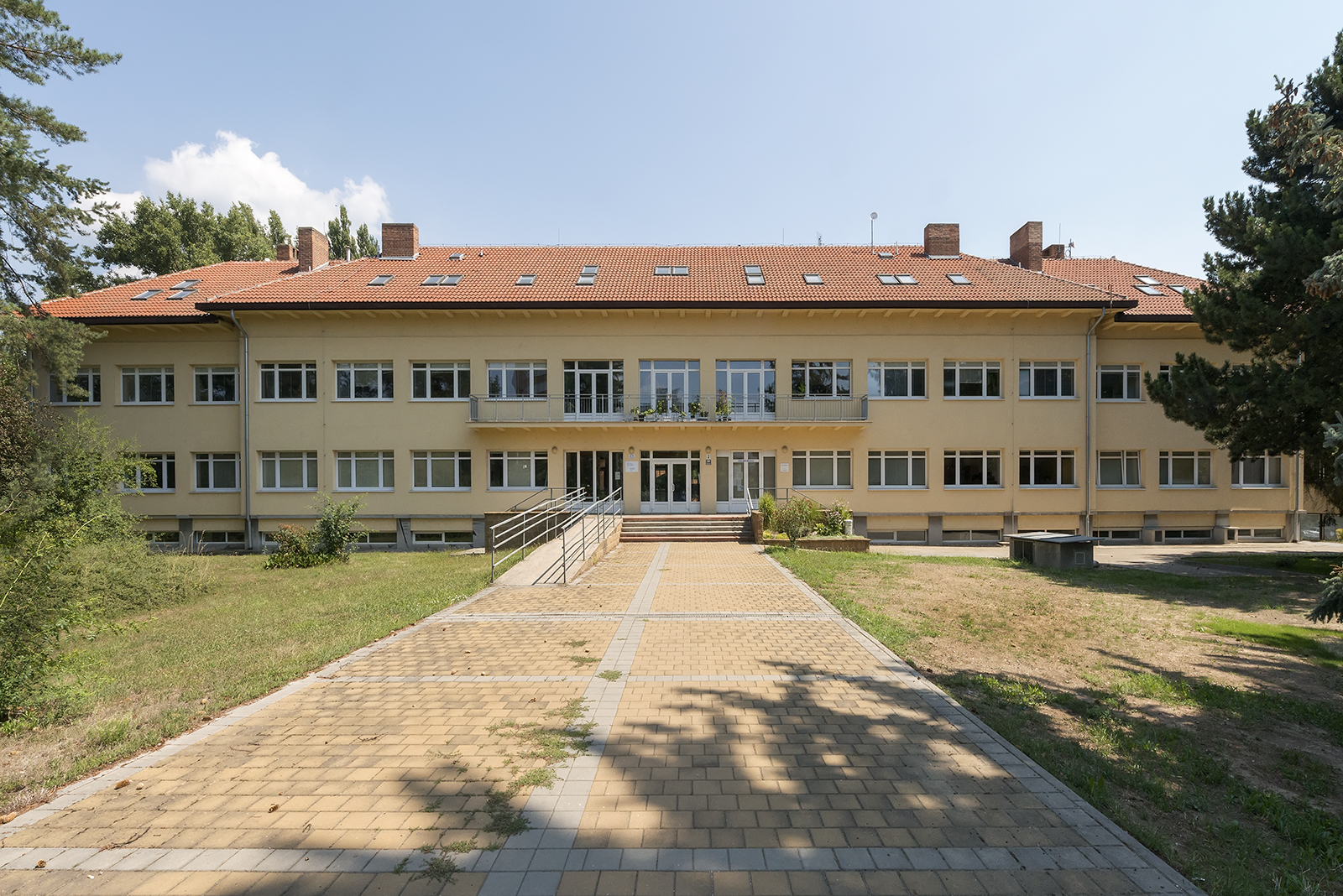 The complex of buildings of the Regional Veterinary Administration was designed in 1954 by the architect Vladimír Beneš, who was, at that time, working for the firm Agroprojekt in Brno. Construction began the following year. On the Palackého street site in Brno-Řečkovice grew up a main three-wing axially symmetric four-floor building with a hipped roof, and several smaller pathology buildings and stables.

The street frontage of the main building is very simple. The central wing is set forward slightly and accentuated by low steps leading up to a set of three glass doors. This forms the main entrance, which is sheltered by an unassuming balcony on the floor above. On the facade facing the courtyard, there are short side-wings with generous, almost undivided interior spaces and a ground-floor passageway with glass wall and front portal that connects the main building with a smaller ground-floor building. This small pavilion, which probably originally served as a facility for autopsies, has a simple longitudinal configuration facing the courtyard and rests on a brick terrace, which forms the basis for a covered outdoor vestibule supported by brick pillars. The courtyard of the Regional Veterinary Administration is closed off on the north-western part of the site by the ground-floor building of the former stables. All the above-mentioned buildings, which encompass the administrative and laboratory facilities of the main building, are sheltered by a hipped roof, which gives the whole complex the appearance of a compact unit.

Other buildings were later built on the south-eastern part of the site, thereby creating a fully enclosed courtyard. The original stables’ building was rebuilt and is currently used as a library and external workplace of the State Veterinary Administration for Olomouc.

Between 1955 and 1958 Vladimír Beneš drew up designs for a functionally similar but more extensive complex of buildings for veterinary research, for the State Veterinary Institute on nearby Hudcova Street in Brno-Medlánky. However, in terms of the architectural projects of that period, the appearance of this complex of buildings for the Regional Veterinary Administration is, by comparison, rather more traditional and less progressive.