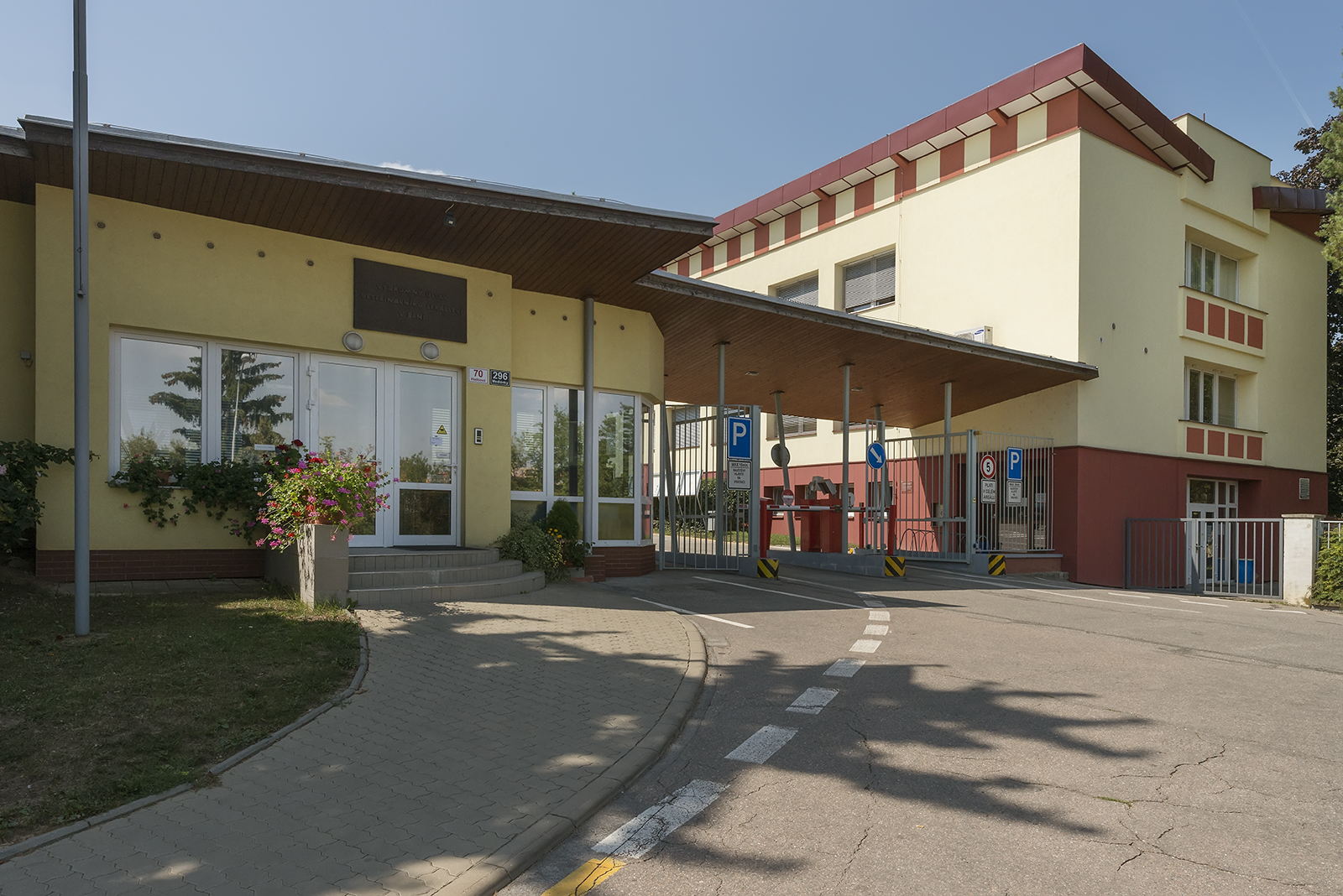 The Veterinary Research Institute was established by the Ministry of Agriculture in 1955. Up until that time, the research and development of veterinary medicines had been carried out alongside teaching activities at the University of Veterinary and Pharmaceutical Sciences in Brno. The newly established institute, which focused mainly on the development of medicaments for the most common diseases of farm animals, needed suitable facilities for its work and therefore a 12-hectare site in Brno-Medlánky was chosen for the building. The project was elaborated between the years of 1955 and 1958, after which construction began. The author of the architectural design of the complex was the architect Vladimír Beneš, who, at that time, was working for the Brno firm Agroprojekt. The complex of the institute comprised an administrative building with three laboratory pavilions, experimental stables, apartment buildings for staff and a number of smaller miscellaneous buildings.

The ground floor entrance gatehouse leads to a passageway which adjoins a three-floor office building, in relation to which the five-floor laboratory pavilions are situated laterally. These buildings are not identical, as their eastern side facades, which face the courtyard of the complex, are treated differently in each case. On the side façade of one building there are windows, on another there are concrete balconies, and another consists of glassed-in loggias. Thirteen windows extend along the length of the two larger pavilions, the third and most southerly situated pavilion is shorter by three windows. Their front facades are segmented by unremarkable regular rows of windows.

A noteworthy feature of these buildings is the roof. The architect opted for broken pitched roofs, which appear on the side facade like rising wings accentuated by a raised cornice. Standard pitched roofs in various forms are also used on several other smaller buildings.

The interiors of the institute are also worth mentioning and their appearance is probably, once more, the work of the architect Vladimír Beneš. The library is particularly interesting, featuring a gallery and a bent wooden spiral staircase. Also of interest are several laboratories with special furnishings, an autopsy room with pertinent equipment and other specific research spaces. Much is known about the original equipment of the institute thanks its extensive, well-preserved photographic documentation from that period.

When compared with Beneš’s earlier design for the Regional Veterinary Administration in Brno (1954), the complex of buildings of the Veterinary Research Institute seems rather better elaborated and architecturally more progressive. It can rightfully be considered one of Beneš’s most successfully realized projects. On this large site, he combines an architectural feeling for the functional arrangement of the units in the space together with a high quality of architectural design for each building.