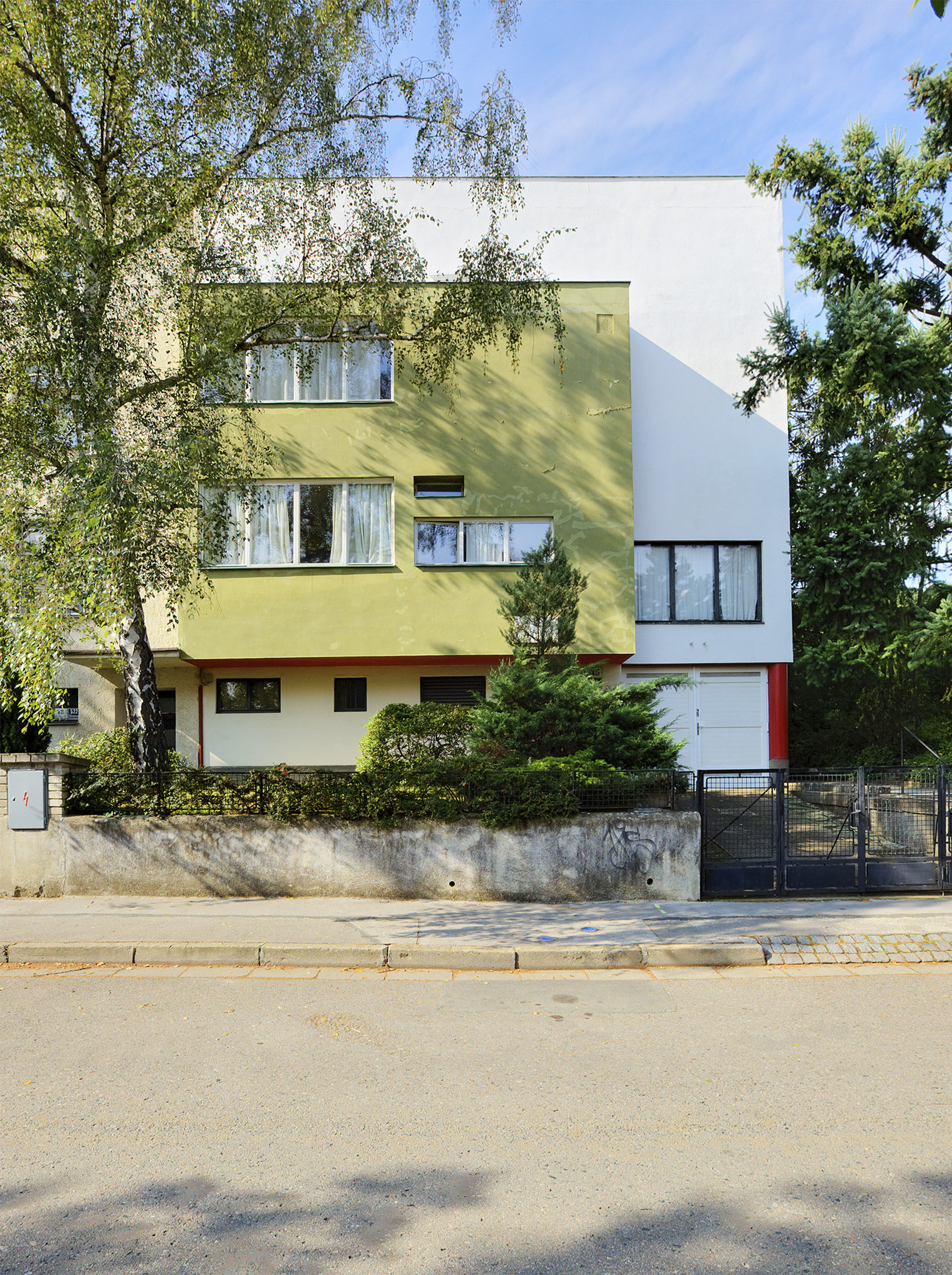 Architect, painter, stage designer, director and theoretician Jiří Kroha was one of the important initiators of cultural life in Brno. After being appointed associate professor in the Architecture and Civil Engineering Department of the Czech University of Technology in 1925, he decided to build his own villa, which became a place where the Brno avant-garde would meet between the wars.
The villa is situated at the end of a row of terraced houses and its main residential rooms face south and look out on the slope of the terraced garden. The pillars of the partially free ground floor carry an extensive hall on the first floor, which merges into the dining room and kitchen on the south. The second floor houses bedrooms under a residential roof terrace. The overall mass of the villa is segmented by a number of risalits, balconies and shelters and represents Kroha's unique expressive approach towards functionalism, perhaps resembling the efforts of the Dutch De Stijl movement, which strove to open the ground plan to the surroundings. The artistic expression is enhanced by the interior furnishings with many sculptures and paintings by Kroha.
The preserved photograph capturing Vítězslav Nezval, Karel Teige and Roman Jakobson having a good time in the swimming pool behind the house leads us to believe that the villa witnessed buoyant social life before the war. The villa is still owned by the Kroha family and subsequent adjustments such as the closure of the entrance on the ground floor or divisions of some rooms were made according to the architect's designs.