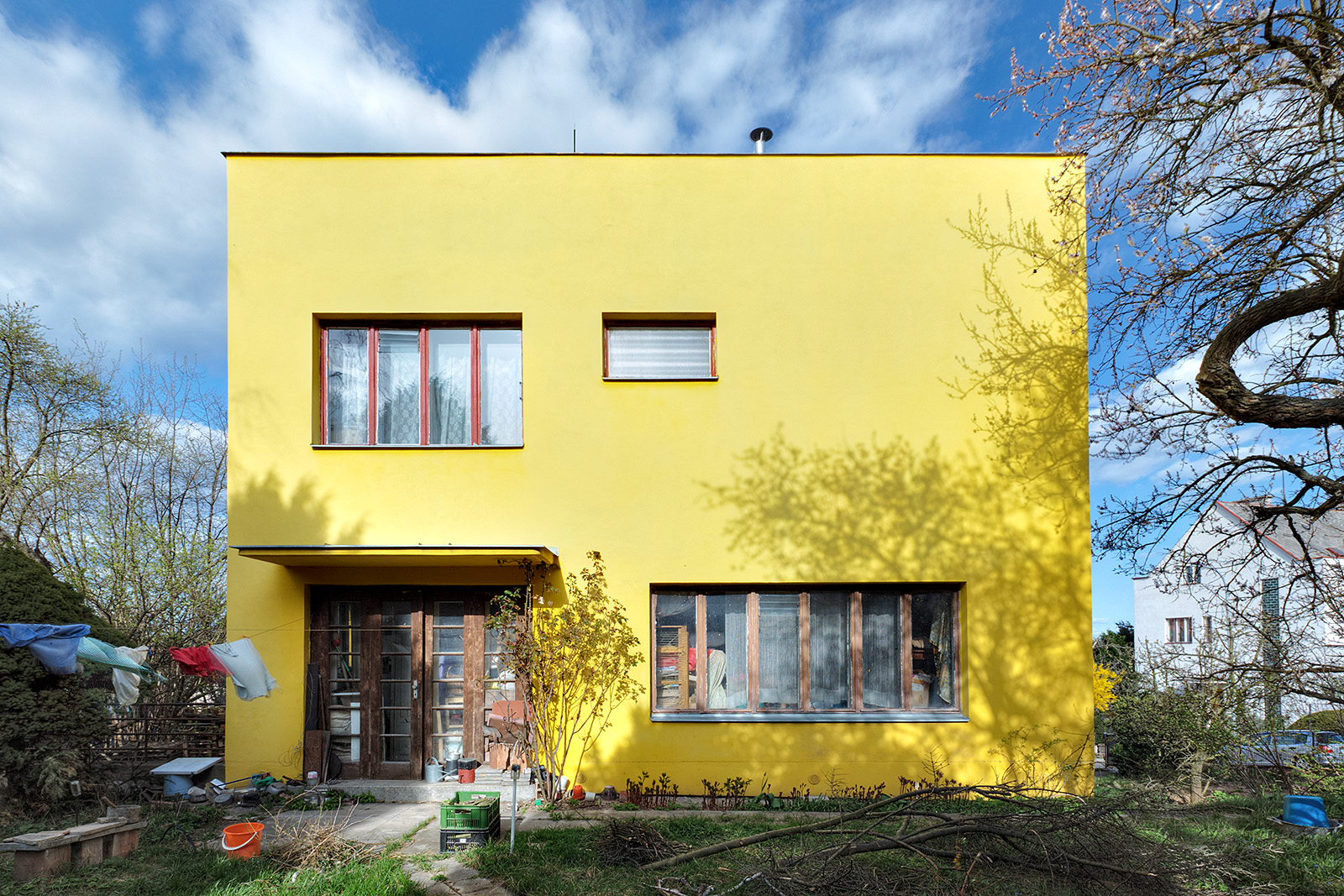 The plain cube of Kudela villa is situated on the corner of Klácelova and Havlíčkova streets and was built according to a design by Jan Víšek in 1927. The villa was ordered by secondary school teacher and later principal of the First Slavonic Grammar School Josef Kudela, who, as a Russian legionary, participated in the battles of World War I and died in a concentration camp where he was sent by the Nazis as punishment for his engagement with the resistance movement.
Jan Víšek is one of the representatives of the strictly rational branch of Brno functionalism seen in the austere facades and the compact mass of this three-level villa. The inconspicuous main entrance is situated on the north-east garden facade, which is only segmented by the small windows of service rooms in the basement and the ground floor. A staircase connects the small entrance hall with the main residential area with the kitchen, spacious hall and dining room, facing south-west and looking out on Havlíčkova Street. The landscaping of this part of the sloping garden has the nature of a raised terrace joined by a glass door to the veranda adjacent to the dining room and kitchen. The symmetrically situated staircase divides the area of the first floor housing four bedrooms and the bathroom. The extensive roof terrace accessible from a cubic roof extension was originally conceived as a residential area, too.
The minimalism of the facades on the Kudela Villa is close to the thinking of Adolf Loos, who shifted his attention completely to the interiors of his buildings. This is clearly seen in the Müller Villa in Prague, the facade of which received minimal attention and the individual irregularly arranged openings merely reveal the layout of the rooms in the interior. Víšek's purism is also rooted in the functionalist effort to attain the radical purity and functionality of the forms used.