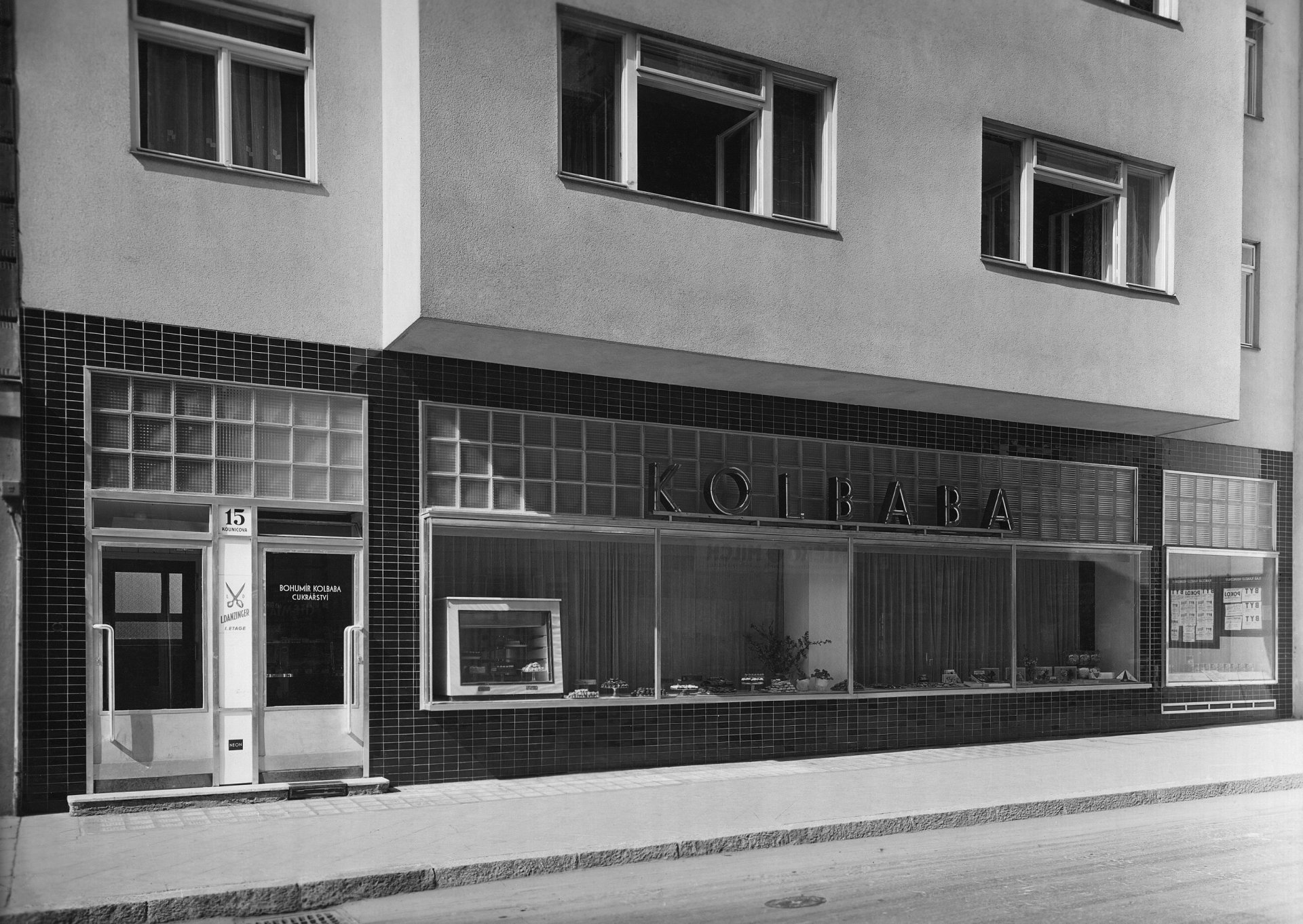 Another of the large number of Brno's unique cafés was designed by architect Jan Víšek in Kounicova Street in 1938. It formed a part of an apartment building owned by Bohumír and Jenoféva Kolbaba, who also had their own confectioner's workshop installed in the basement.
This six-level block row building featuring a central risalit does not defy the austere purist conception found in most Víšek's buildings. The ground floor with the café display window and a take-away counter is enlivened by black opaxite cladding and strips of glass blocks. The entrance to the residential areas on the upper floors is situated on the left; each storey housed a pair of two-room apartments. However, the multi-levelled café itself is the most interesting part from an architectural perspective. The main area of the establishment provides access to the mezzanine with a mirror which optically magnifies the space as well as the spectacular crescent of the chandelier. The café also occupies areas in the basement linked to an even lower workshop with a confectioner's oven. The interior originally featured simple furniture and was only enlivened by the well-preserved marble panelling. It also featured a water tank and a fountain with red fish situated under the stairs in the basement section.
However, the completion of Kolbaba's building was complicated by the outset of war and mobilization. Limited wartime operations were followed by nationalization in 1948 and the transfer of the café to the Včela (Bee) cooperative and, later, to the Pramen (Source), state company. The café operated until 1992, when the building was returned to the Kolbaba family, who converted it into a clothes shop. The café and confectionery were reopened and the original interiors partially restored in 2011.