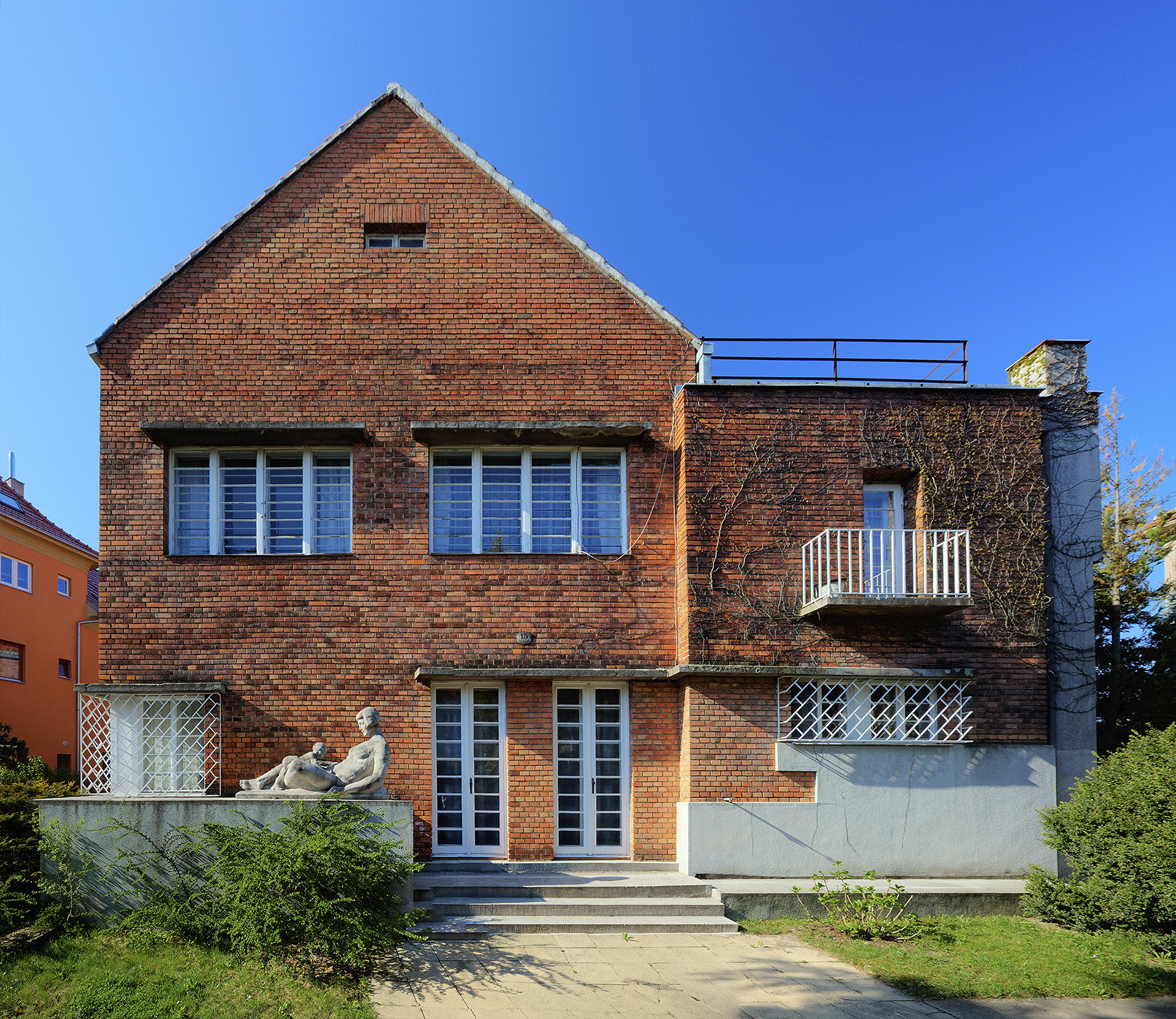 Architect Jindřich Kumpošt designed his own villa at Barvičova 15 in 1922. The building development in Masaryk Quarter was only then beginning and Kumpošt, as the head of the Regulatory and Architectonic Department of the Brno Building Authority, played a significant role in this development.
This three-level building on a southern slope consists of the main volume covered by a gabled roof linked with another cubic mass bearing a roof terrace. The villa stands out of the neighboring development in that it features a brick facade combining the austerity of traditional English architecture and the expressiveness of the Wendingen Dutch school, most apparent on the more three-dimensional garden facade. It is dominated by horizontal ledges and lintels whose rational impression is disrupted by the fluted column carrying the statue of the Hurdy Gurdy Player by Václav Mach and the decorative balustrade of the roof terrace railings.
The main entrance to the house is situated in the street side and leads directly to the spacious entrance hall on the ground floor, which also houses the kitchen and living room leading to the garden terrace. The first floor of the villa is conceived partially as the architect's own studio overlooking the street; the studio is entirely separated from the residential areas and has a separate side entrance, staircase, kitchen and bathroom. The two private bedrooms face the eastern and southern side with a terrace. The flat roof of the side wing carries another extensive terrace. The attic is also a residential area, as is the garden basement with the caretaker's apartment, garage and service facilities.
After completing the villa in 1924 Kumpošt was, due to financial reasons, forced to let the villa out until 1931. He then moved in with his family and his architecture office. The villa has been preserved in its original condition thanks to the fact that the Kumpošt family has retained ownership over the years.