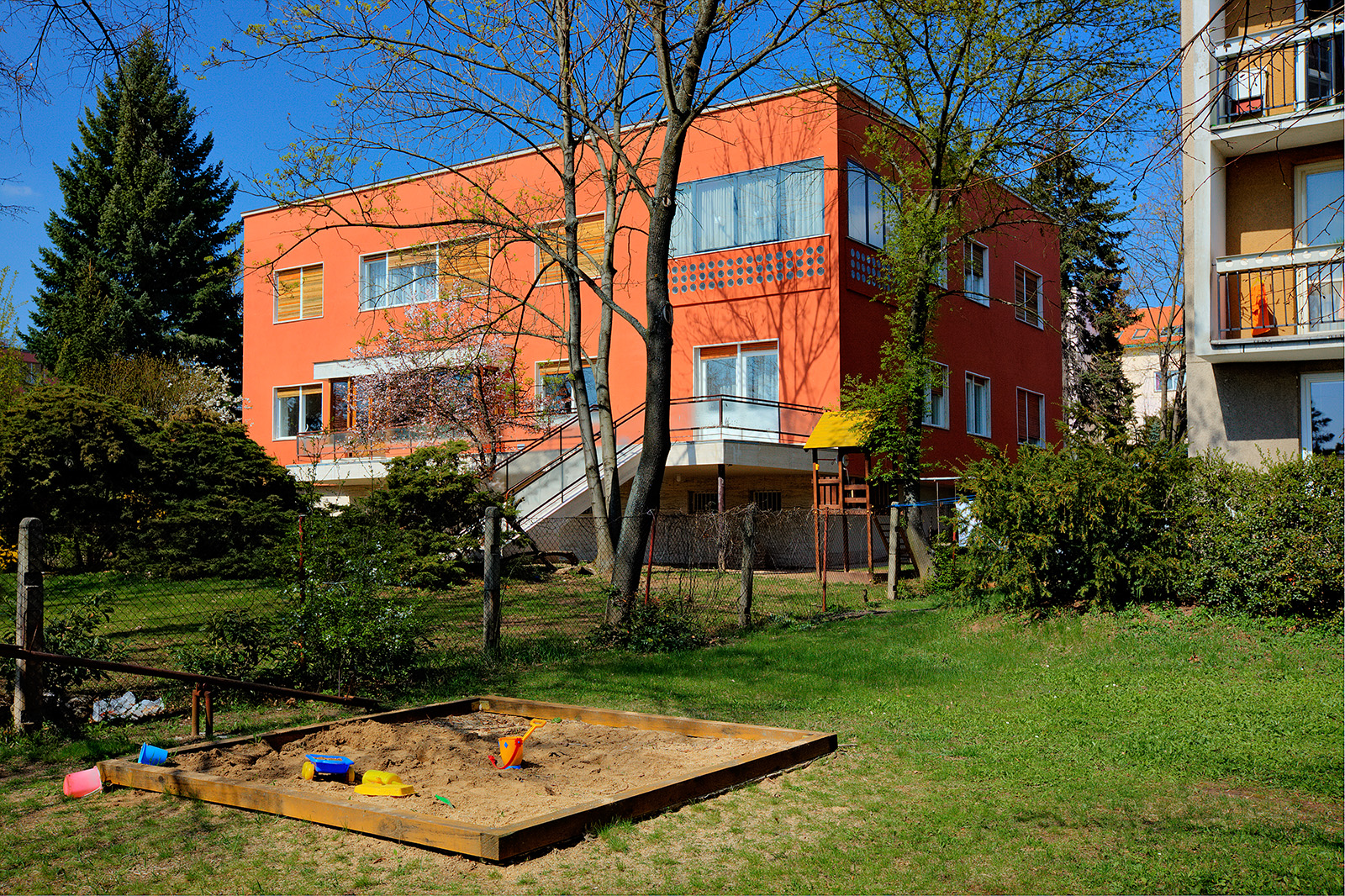 The Láska Villa was built at the end of the 1930s near the Neumark Villa designed by Ernest Wiesner. Working for an attorney and the Dutch consul's daughter, the architect Evžen Škarda designed an impressive and spacious residence whose red facade was probably inspired by the neighboring house built a decade earlier. The architectural expression of the house with a wealth of subtle detail is, however, much closer to the minimalist esthetics of functionalism.
The three-level building resting upon the travertine base of the service basement is situated deep in the garden; its main residential areas face south towards the street. The main motif of the street facade is the conical protruding terrace borne by slim pillars that contrast with the otherwise strictly rectangular layout. The terrace is also accessible through the glazed risalit of the living room; the motif of a glassed terrace is repeated in the south-east corner of the second floor. Its railings are perforated by rows of circular glass blocks which also bring light to the staircase risalit on the rear facade. The interior is divided into two nearly identical apartments, each of which occupies one floor. One of these flats was offered for rent. The core of the disposition is a square hall dividing the apartment into the residential south-east part and the service north-west part. Many rooms are separated only by curtains or sliding walls, which creates the impression of open and flowing space.
The present condition of the villa serves as an exemplary case of landmark building restoration. The villa was reconstructed by the PAW studio (architects Ludvík Grym and Jindřich Škrabal), which, in addition to original designs, focuses on the restoration of interwar landmark buildings.

Villas in the Below the Cistern colony
C034