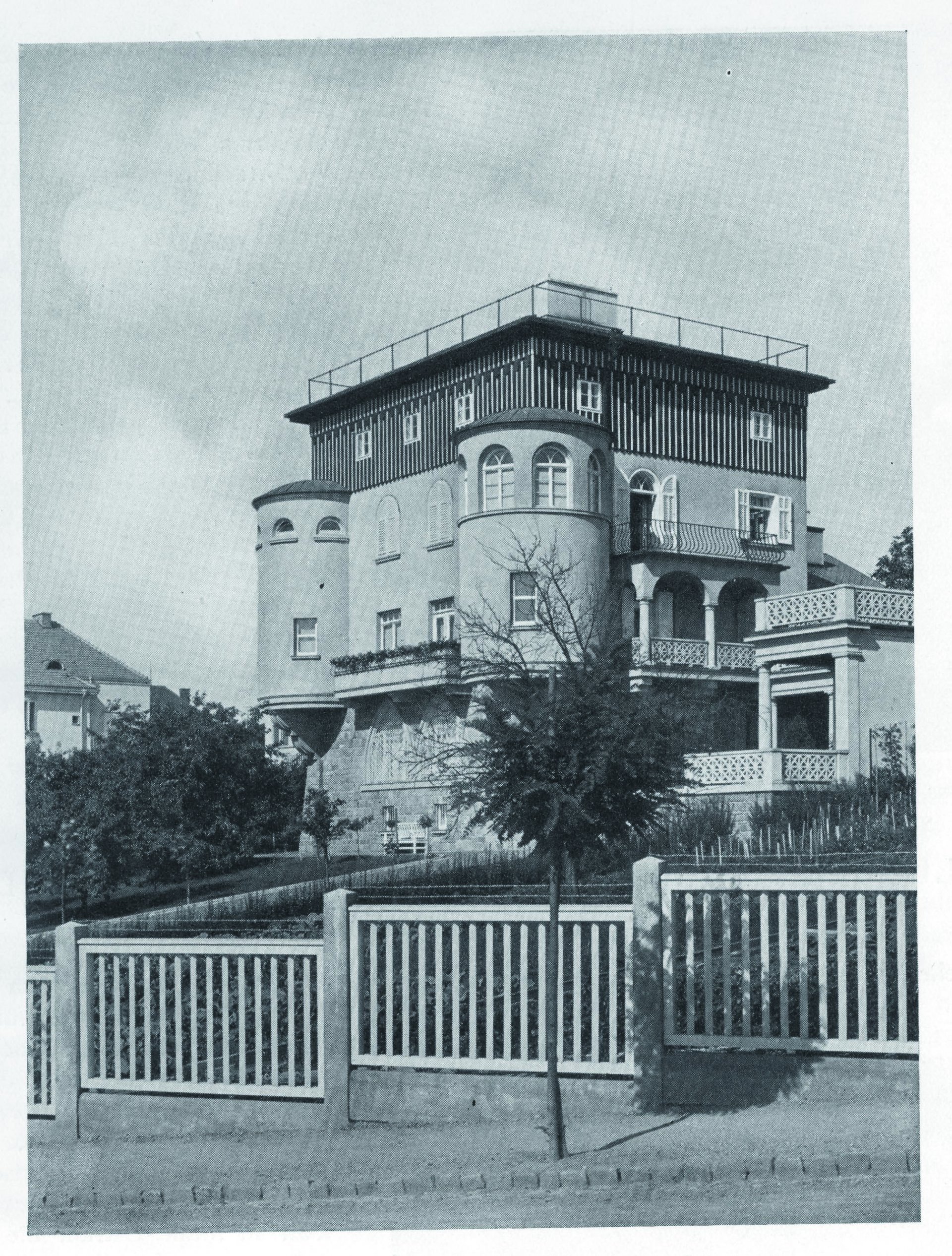 Brno attorney Karl Reissig commissioned an unusual project from Vienna-based architect Leopold Bauer in 1925. He wished to build a villa for the manager of his accounting office as a reward for her long-standing services. Miss Valerie Fischer was supposed to remain in the house for the rest of her life; however, this right was revoked ten years later for unknown reasons. Leopold Bauer had already designed a building for Karl Reissig in 1901. Although the house at Hlinky 148 was his first contract, it produced, quoting the period reviews, the most modern building in the empire. However, his architectural thought transformed significantly over following twenty years. Instead of hygiene, simplicity, state-of-the-art technologies and scientific rationality, Bauer favored diversity, historical and regional expressions as well as comfort, ranking him among the less progressive and popular stream of waning historicism.
The four-story building consists of two cubic volumes and is built on the slope at the beginning of Preslova Street. Its cylindrical Renaissance-style corner bays catch the eye from afar. Each story of the villa was originally broken by a different kind of windows, which also revealed its function. The arched windows on the ground floor opened the dining room out to the garden; the formal first floor featured an open arcade with Tuscany-style pillars. The second floor housed Miss Fischer's and her mother's bedrooms, and the top story with small windows and wooden paneling was intended for service facilities. The interior furnishings were no less magnificent. The core of the entire villa was the two-story entrance hall with a fireplace and reliefs by Vienna sculptor Alfred Hoffman, who also created the sculpture of the dancer situated in the hall. The furnishings of the spacious bedroom and bathroom paneled with onyx and located in one of the bays evoked a nearly sacred impression.
World War II brought an end to the original residential function of the villa. The Moravian Museum began to use the villa in the 1950s, but the institution did not interfere with the appearance of the house and preserved the original doors, wainscoting, coffered ceilings, built-in furniture, fireplace with terracotta reliefs and even the onyx panels in the bathroom until 2000. However, following restitution in the 1990s the new owners, due to a lack of any heritage protection legislation, had the house radically reconstructed in 2001, thus destroying the original furnishings of the interiors.