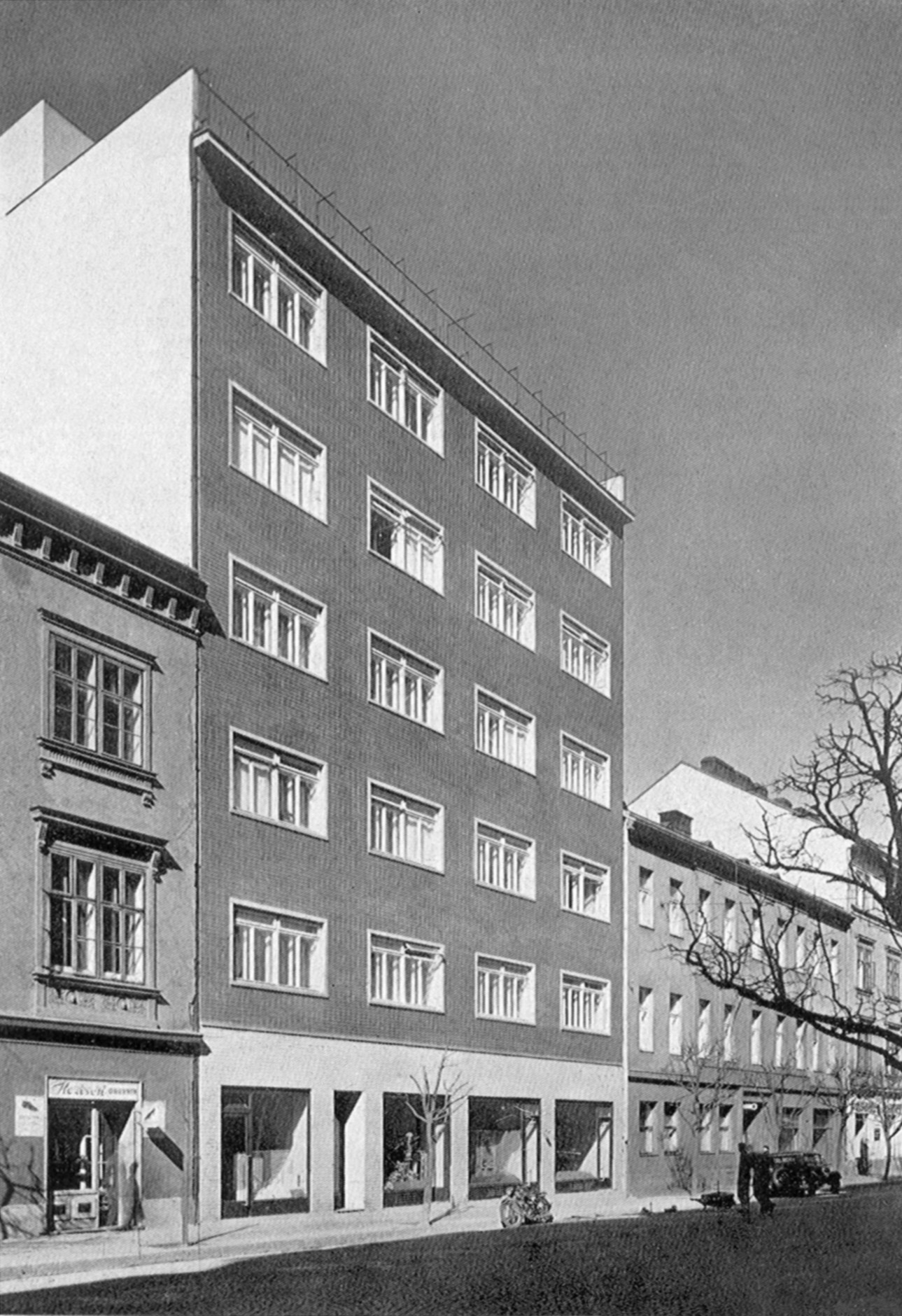 The three houses situated next to each other in Milady Horákové Street offer a comparison of the works by three Brno architects of Jewish origin, whose common denominator can be found in plain or even laconic segmentation of the frontage and a minimalistic facade still apparent despite the fact that the colour schemes have been changed and insulation was recently applied to the face of the building. The houses also feature individual levels with the same heights and a retracted top floor with a roof terrace.
In 1937 brothers Arthur and Leo Pollák asked architect Endre Steiner to design an apartment building. The building at No. 7 Milady Horákové Street preceded the neighbouring houses by Jan Haas (No. 5) and Zikmund Kerekes (No. 5a). The facade is decorated with red ceramic cladding and prominent light chambranles made of stone. The ground floor of this seven-level apartment building was intended as a commercial area; however, the original elegant minimalistic frames of the display windows have not been preserved. The rear facade of the house is more segmented and intersected by a glazed vertical element in the middle lighting the staircase and bordered by balconies along both sides. Each floor housed two three-room apartments, and the original furniture designed by the architect can be seen in photographs published in the Forum journal, with Steiner as a co-publisher and editor. The traditional large central halls providing access to individual rooms is a repeating motif in layouts.
The apartment building for Arthur Katscher at No. 5a Milady Horákové street is the last known building by architect Zikmund Kerekes before his emigration to Israel. The seven-level building on a narrow ground plan features floors with the same heights as the neighbouring house by Steiner. The front is segmented by two lines of windows; there are French windows on the left and plain four-section windows corresponding to those in the neighbouring building on the right. The ground floor with its light ceramic cladding features two smaller commercial spaces on both sides of the entrance. However, the original delicate frames of the display windows have been replaced.