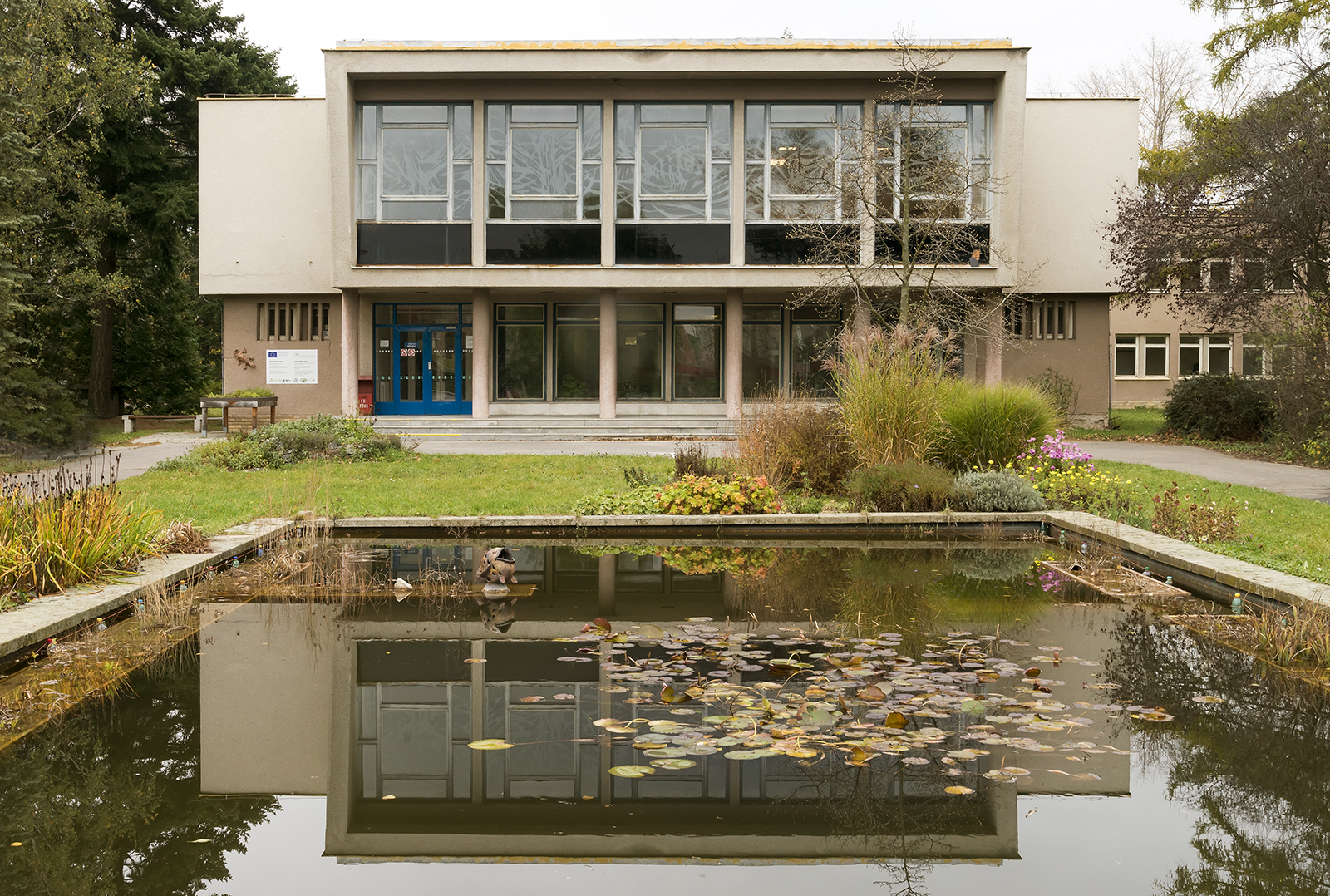 The pavilion of the psychiatric clinic was the first post-war contribution to the construction of the modern hospital complex in Bohunice in south-west Brno. It was also the first specialized psychiatric in-patient facility in Czechoslovakia built after 1945. Bedřich Rozehnal was a Brno architect who had long specialized in healthcare facilities, including the award-winning Children’s Hospital in Černá Pole. In the course of 1940s and 1950s, he identified the zone along the main road to Jihlava as the appropriate place to build the hospital complex. At that time, he was working intensively on the designs, including that of the psychiatric pavilion. The physician Josef Hladík, who was head of the psychiatric clinic at St. Anne’s Hospital, which, at that time, was not able to satisfy the demand for treatment, also made a significant contribution to the building of the psychiatric pavilion. The separate facility for the treatment of mental illnesses would not be completed until a decade later in 1965.

The architectural design of the psychiatric clinic in Bohunice was elaborated in 1960 by the architect Zdeněk Kříž, who was working at the architectural studio of František Zounek. The pavilion was designed to accommodate 130 beds plus the facilities to provide out-patient care and support research, the education of student doctors and therapeutic leisure-time activities. Kříž’s plan for the pavilion was for a sober modernist building with elaborate details influenced by ‘the Brussels style’, which would function in unprecedented harmony with its environment, complemented by contemporary works of art both inside and outside the building. In many respects, his work was a continuation of Rozehnal’s vision and activity, as he worked closely with psychiatric experts of that time in order to design the clinic in a way that would best meet their functional requirements and the needs of people with mental illnesses.

The psychiatric pavilion was built near the hospital designed by Oskar Poříska in the interwar period. It consisted of several distinctly different parts, in terms of both height and visual appearance, which were interconnected to form a single L-shaped building. The six-storey section accommodating the in-patient wards is set back from a narrow two-storey block, which is connected to a much larger wing facing the south with lecture halls and out-patient care. The light grey rough-cast plaster facades are punctuated by lines of slightly recessed windows separated by contrasting red-brown chambranles. A diversity of features provide contrast to the simple, smooth facades, with their subtle continuous balconies on the eastern side: coloured glass brick panels illuminate the staircase; there is stone cladding in the basement with a series of little columns; and there is a striking reinforced concrete awning over the entrance which stands on columns decorated with little yellow tiles. For the south facade facing the courtyard, the architect opted for more depth in separating the two-part window units on the top four floors with a square grid. An expression of playfulness and lightness is created with the aid of the fine orange tiles that surround the windows and the multi-coloured stained-glass strip of the entrance hall by Oldřich Vašica, which emerges from the continuous line of windows on the ground floor. The architect created an impressive visual plane from the outdoor therapeutic garden, with its pond and the statue Matka s dítětem [Mother and Child] by Vincenc Makovský, towards the south entrance of the out-patient clinic, located in a spacious columned arcade on which the auditorium space above rests. Light enters the auditorium through the rough windows of colourfully etched glass, which are complemented by the black decorative glass on the outside.

When it was built, this was a remarkable, super-modern professional psychiatric facility, with a very well elaborated architectural design. The exterior of the building and some parts of the interior have been preserved in their original form and the pavilion is still used for the same purpose. However, plans were made for repairs to the exterior facades at the end of 2018 and during 2019. At the time of writing, the outcome of these modifications is not known.