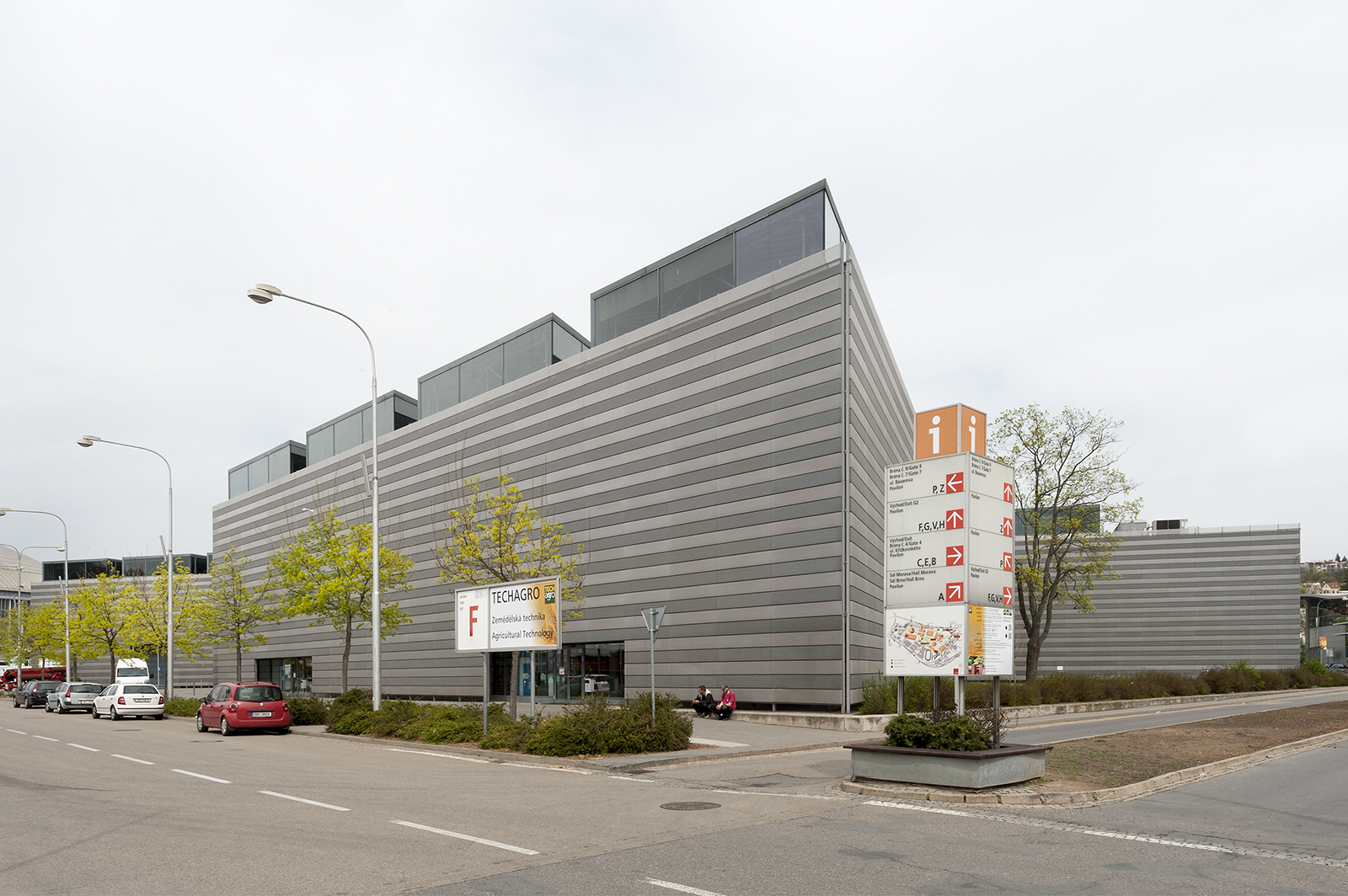 Pavilion F completed in 2003 presented, after the reconstruction of Pavilion G and the construction of Pavilion V, another step on the path towards the modernization of the Brno exhibition centre launched in the 1990s. An urbanistically challenging site was chosen for its construction, where the orthogonal system adjoining the main axis of the complex meets under a sharp angle the third communication axis parallel to Bauerova Street, in the direction of Pavilion Z. Its predecessor, the old Pavilion F, and a small pavilion of the Škoda company had to be pulled down to make space for the new building.

The pavilion design is the work of the team of architects from the Rudiš+Rudiš studio that previously successfully reconstructed Pavilion G. The concept is based on an exhibition hall, the dimensions and scale of which correspond to the neighbouring Pavilion G. The hall adjoins a side wing the volume of which is cut under a sharp angle in response to the shape of the plot demarcated by the composition axis.

Like with other halls from the same period, the supporting frame is made of steel. It consists of pillars distributed along the hall perimeter and a large-span roof structure designed for the hanging of exhibits and installations. With the exception of the space between the main hall and the side wing, the pavilion interior is open-plan, with no supporting columns. The most interesting feature is the roof made up of diagonally oriented strip skylights allowing a sufficient amount of light to the interior; their vertical glass planes can be shaded with blinds from underneath, which prevents the overheating of the interior on sunny days. The frontage is partially glazed in the bottom section. It is visually unified by an outer shell of finely perforated metal with the characteristic motif of stripes, which appears compact from the distance, yet viewed closely does not obstruct light nor views from the inside.

The exhibition hall interior is dominated by an internal three-storey structure with administration and service rooms. The position of this office wing delimits the pavilion foyer partially separated from the exhibition hall.