Villa for employees of the Mining and Steel Company 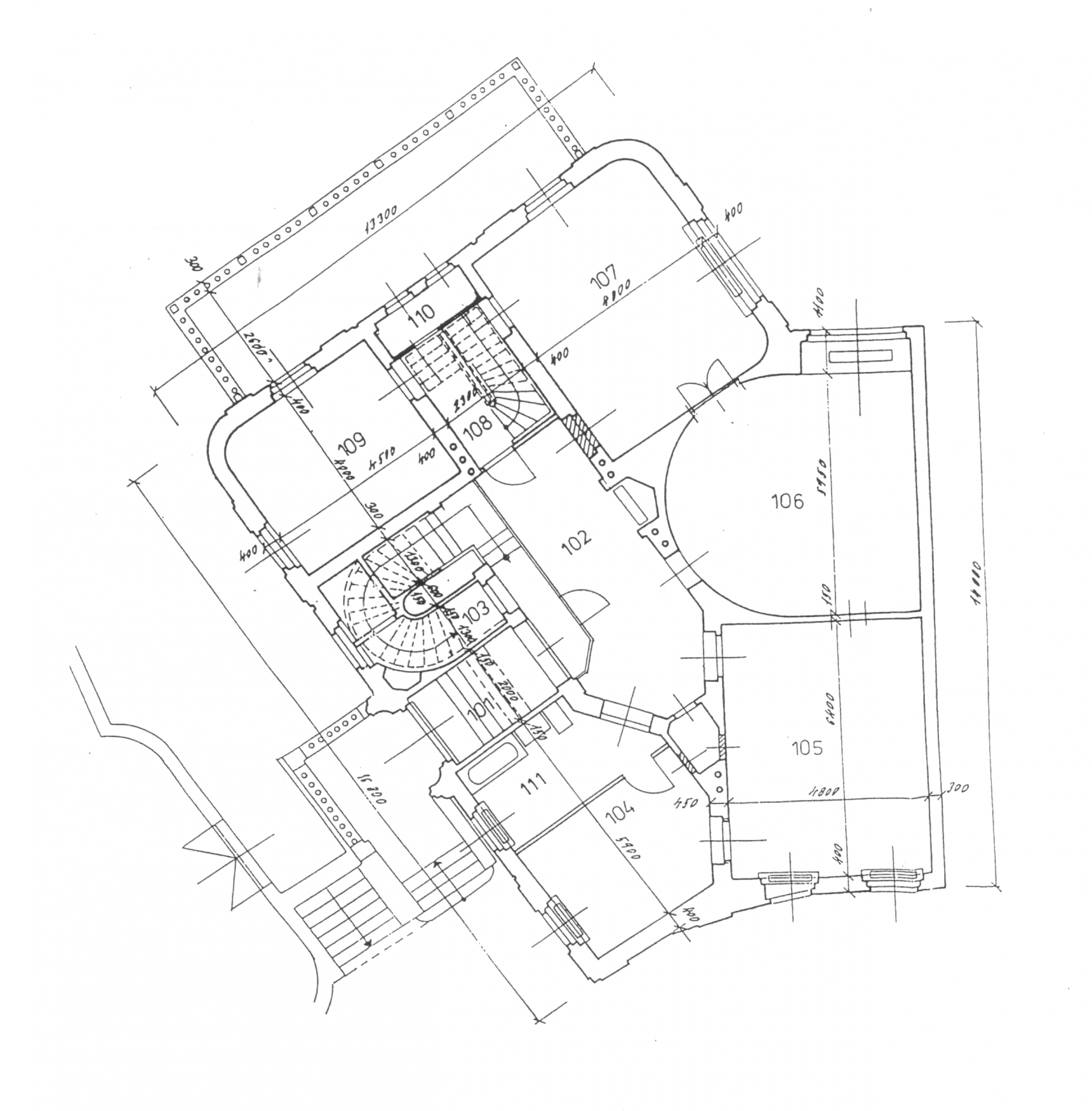 Mahenova Street is the site where the Mining and Steel Company, which had moved from Vienna to Brno, built a double villa for its employees in 1923. It is situated near the manager's villa at Lerchova 14 and the identity of the client of both projects is evident in the robust fence consisting of strong iron rods, tall Renaissance-style chimneys and the pronounced crown molding with dentil. The architect of both houses is Karl Lehrmann of Vienna, who incorporated two different styles in these villas. Owing to the rectangular ground plan and absence of decorative elements on the facade, this house ranks among the purist works of Vienna modernism.
This two-story building consists of two mirrored houses on an L-shaped ground plan. The two main entrances are situated symmetrically on both sides of the medial risalit with narrow grid windows on the street facade; the garden face forms a half-closed yard. The overall impression of Neo-classicist pomp is produced mainly by the crown molding with dentil; otherwise, the building is nearly free of any particular stylistic forms and decorations. Only over the entrances can one find reliefs of reclining female figures.
By the end of the 1920s it was obvious that the capital city offered far better conditions for the company's headquarters and the company sold both buildings. In 1930 a part of the villa (Mahenova 18) was purchased by Arnold Anderle, the director of the Czechoslovak Agricultural Bank, and the other half (Mahenova 16) by Dr. Edwin Lohr. After the villa was confiscated in 1951 it was first used by the Královo Pole Machine Works and then by the Healthcare Administration of the Brno National Committee from 1954 onwards.

Name
Villa for employees of the Mining and Steel Company