Reconstruction of the Schwanz Palace (House of the Lords of Lipé) 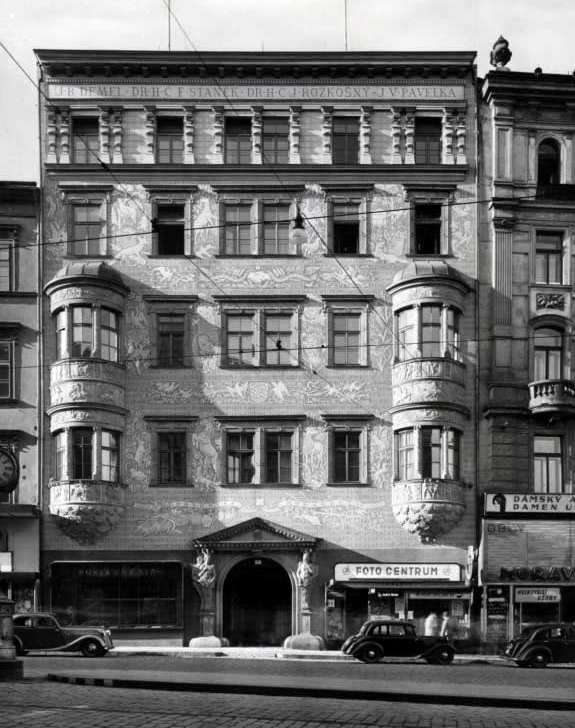 In the late 16th century, Kryštof Schwanz of Retz had a three-level Renaissance-style palace designed by Italian architect Antonio Gabri built on the site previously occupied by the Gothic manor of Čeněk of Lípa. The palace, later owned by Jean-Louis Raduit de Souches, the military commander of the victorious Brno garrison defending the town besieged by Swedish troops, has undergone several distinctive modifications.
The fourth floor was added in the 19th century and the facade received a  purist appearance designed by August Prokop. In 1938, the palace underwent a reconstruction designed by Bohuslav Fuchs and received new sgraffito decoration on the main facade by painter and graphic artist Emanuel Hrbek. Its iconography stems from the activities of the Central Association of Czech Economic Societies of the Moravian Margraviate in Brno, which owned the building until 1948. This organization took care of business relations between agricultural associations and cooperatives and administrated their funding. Therefore, the facade includes farming tools, crops and the smiling faces of farmers. The present appearance of the palace is the result of reconstruction in 2005 involving the roofing of the inner courtyard and replacing the glazed ground floor facing náměstí Svobody with narrow display windows.