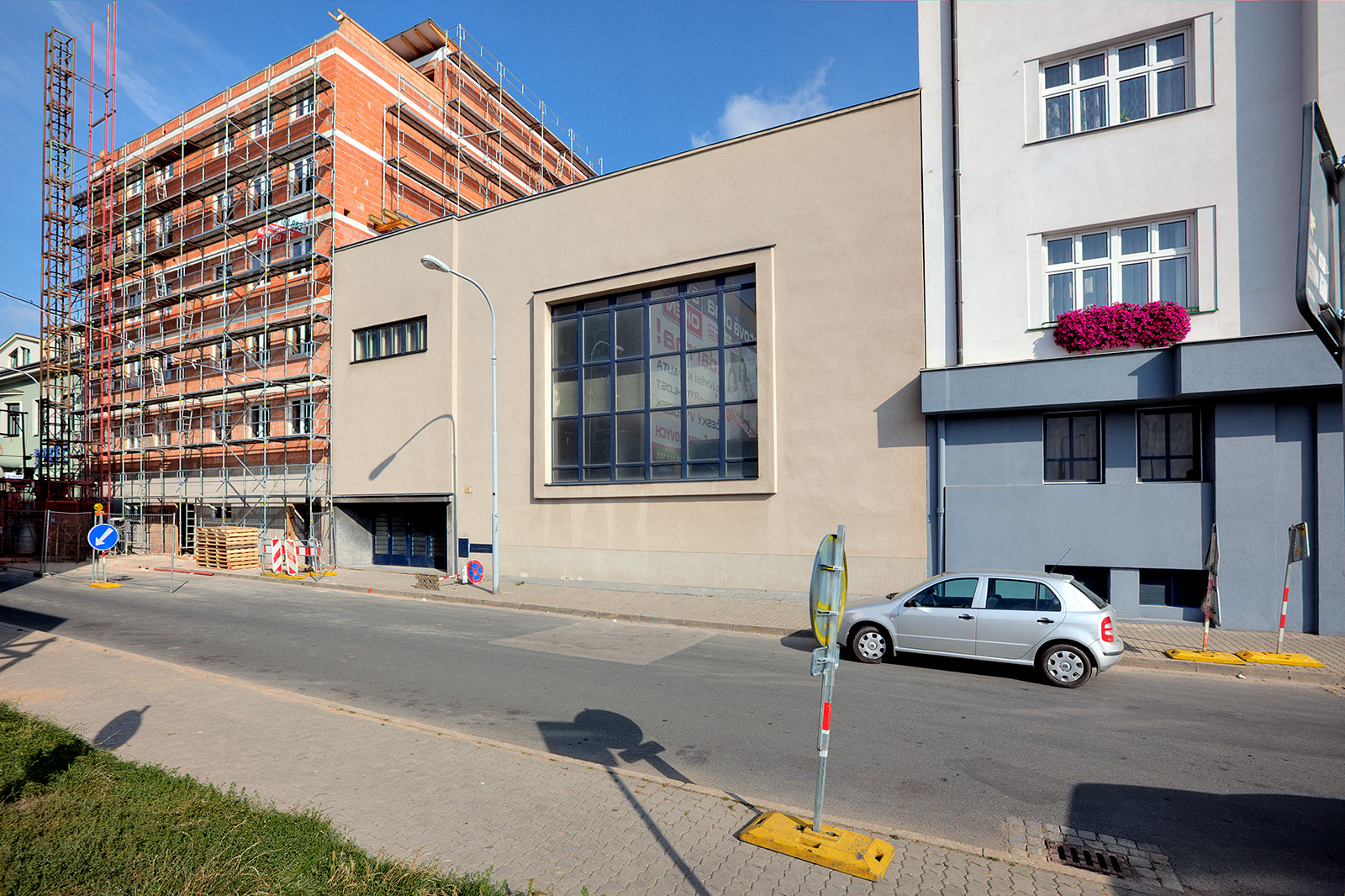 Several national cultures coexisted in Brno during the First Republic. In addition to the Czech and German inhabitants, there was also a Jewish community, which, owing to enlightened investors and skilled architects, played an important role in the city's architectural development. The activities of this community were very rich: there were professional associations, sporting and students' clubs as well as women's clubs, where the religious issue did not matter much; there were Zionists interested in politics as well as orthodox circles mainly engaged in maintaining the religious traditions and creating space for the specific needs of Jewish spiritual life. Around 1929 several orthodox associations formed the Agudas Achim (Union of Brethren) and organized a public fund-raising collection for the construction another synagogue where traditional liturgy would be practised. In 1935, the new place of worship designed by Otto Eisler was completed in Skořepka Street.
Today's only operating synagogue in the territory of Moravia and Silesia is a unique example of modern Jewish sacral architecture, which had always favoured rather traditionalist and historicist tendencies. The building is an example of the extreme position of Eisler's architectonic purism attaining the maximum effect with minimal means of expression. The street facade is dominated by a large square grid window, whose size and uncompromising central position evokes the spiritual dimension of the structure. It leads to an uninterrupted prayer hall, with a gallery for women; the entrance vestibule was situated on the left together with a corridor and sanitary facilities. The internal layout of the prayer hall respects the traditional central ground plan with the platform in the middle and the ark for the Torah at the eastern wall.
The synagogue was used as a warehouse during World War II. The religious function of the building was restored and the synagogue re-consecrated on 6 September 1945.