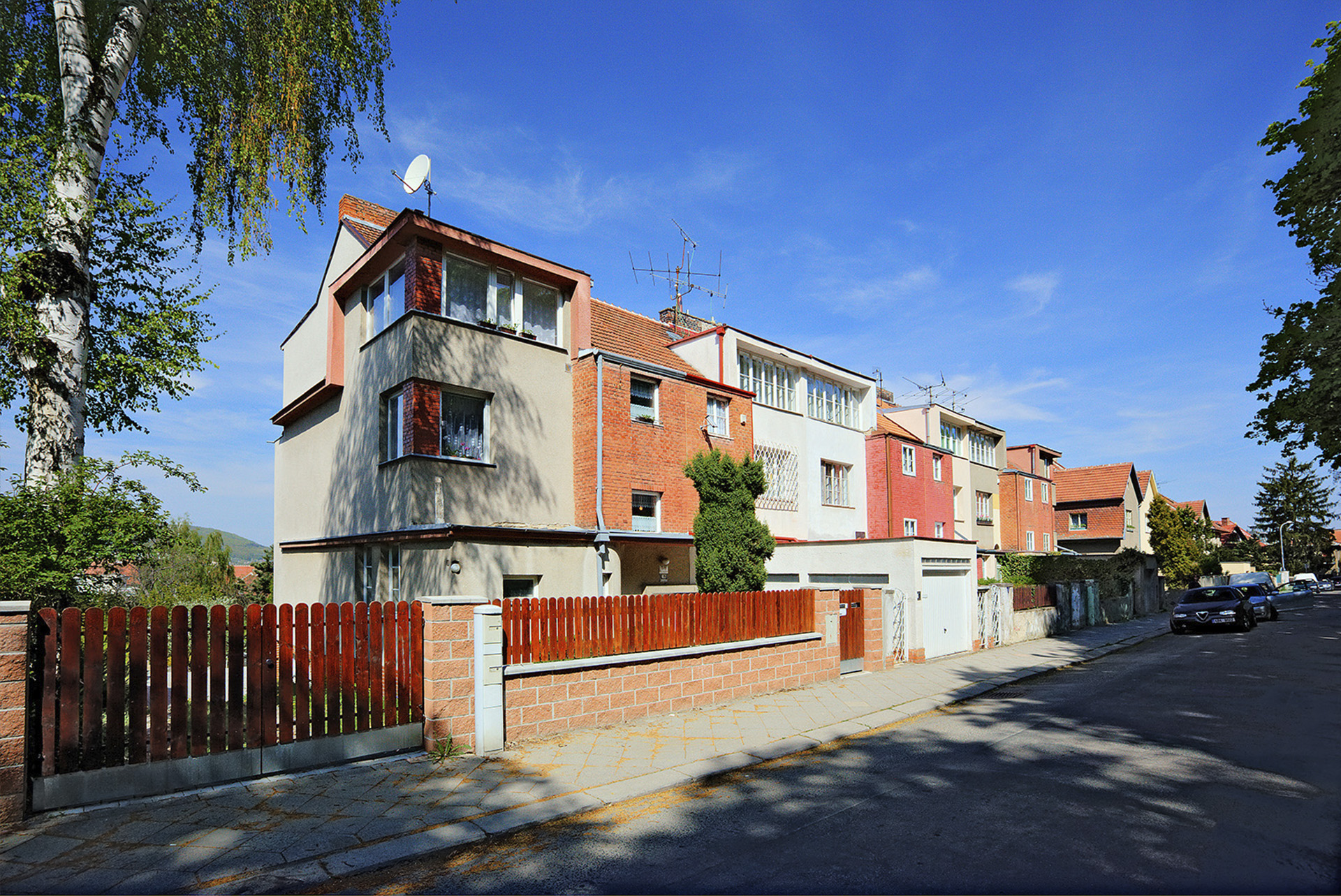 The terraced houses in Marie Steyskalové Street are examples of the early works of designer Alois Kuba. They form part of the so-called Czech Officers' Quarter, which had begun to grow below the Wilson Wood well before the formation of Czechoslovakia and which consists mainly of small single-family residences. These early works by Kuba already feature some elements that he, together with Václav Dvořák and his brother Vilém Kuba, developed into the concept of "vertical housing". The houses are erected on a narrow and affordable plot; the shared side walls provide thermal insulation and reduce costs related to the digging of foundations and roof structures. Front gardens separate the houses from the street line: the omnipresent emphasis on green areas proves that the idea of the English garden town, which served as the model for the development of many quarters in Brno throughout the 1920s, was still alive.