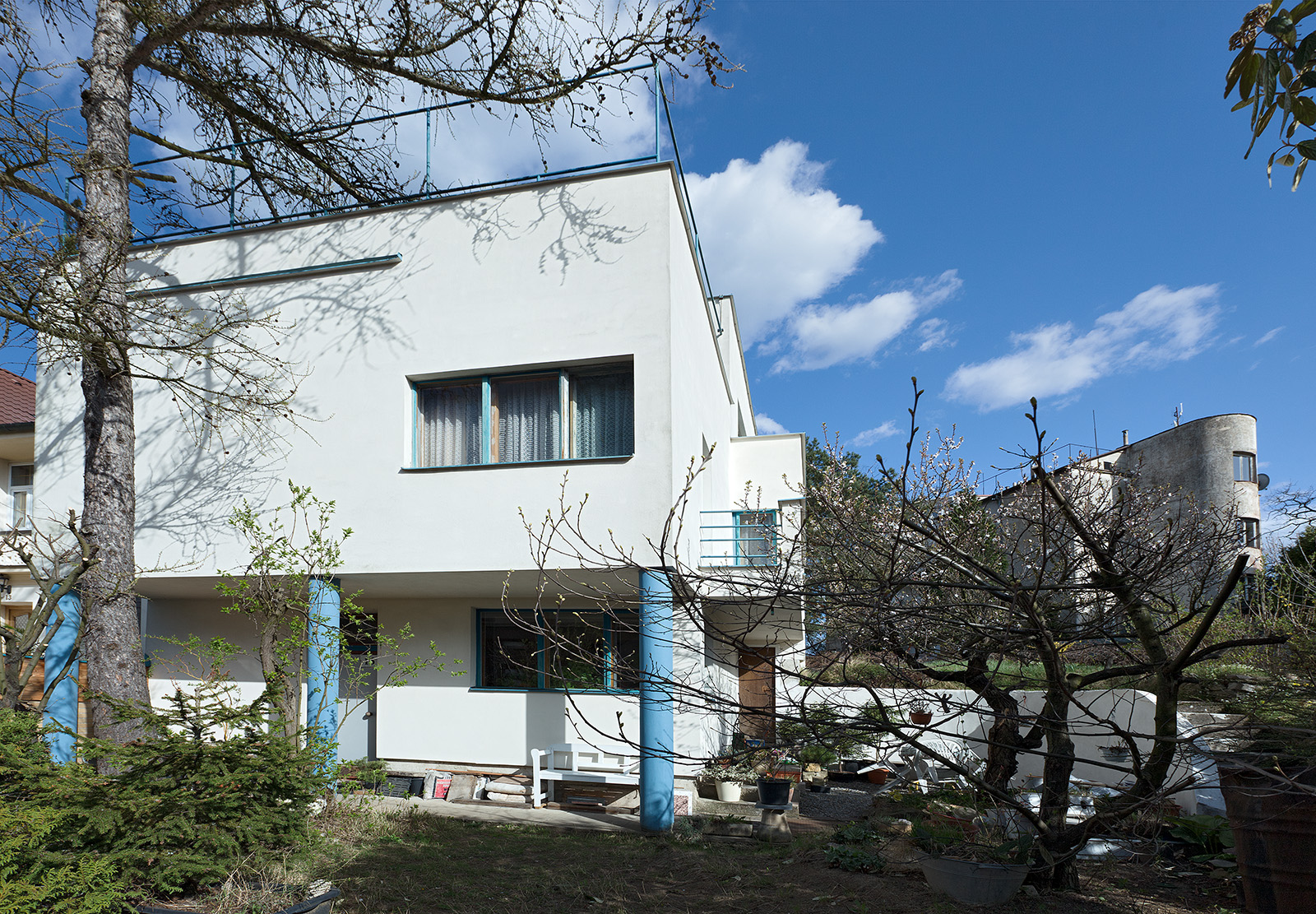 In the early 1930s architect Josef Kranz designed a villa for the director of Brno Radiojournal and radio reformer, Antonín Slavík. This retired army telegraph operator, traveller, polyglot and art historian managed the Brno branch in 1925-42. Under his leadership the radio station hosted a number of intriguing figures and programming was enhanced with broadcasting for minorities and coverage of theatrical performances.
When designing the Slavík Villa Josef Kranz had to work with a far from ideal plot at the intersection of Tůmova and Lužická streets, the sloping terrain of which determined the segmented layout of the three-level house. The impression of the organic incorporation of the structure in the slope is enhanced by the landscaping with a rock garden and lush greenery, which also appears on the bay roof on the side facade. The structure of the house consists of a ferro-concrete skeleton, whose pillars are also visible in the main street frontage. This is also where the separate entrances to the residential areas and the ground floor caretaker's apartment are situated. The elevated ground floor housing the owner's apartment features the living room, kitchen, children's room and bedroom facing the street. The bedroom is situated below the spacious terrace which adjoins another fully furnished apartment unit with the owner's study on the first floor. When designing this house, Josef Kranz used wood fibre panels in place of filler masonry due to their low price, fast construction even in winter months and good insulation properties.
However, Antonín Slavík could enjoy living in his villa for only a few years. During the Nazi occupation he joined the Protection of the Nation resistance movement, consisting mainly in members of the former Czechoslovak army, which the Gestapo exposed as early as 1939. Slavík was arrested and imprisoned in Špilberk and Berlin, where he was executed in Plötzensee jail in 1942. The villa is still owned by the Slavík family and, except for the extension of the garage on the street-side facade, it has been preserved in its original condition.