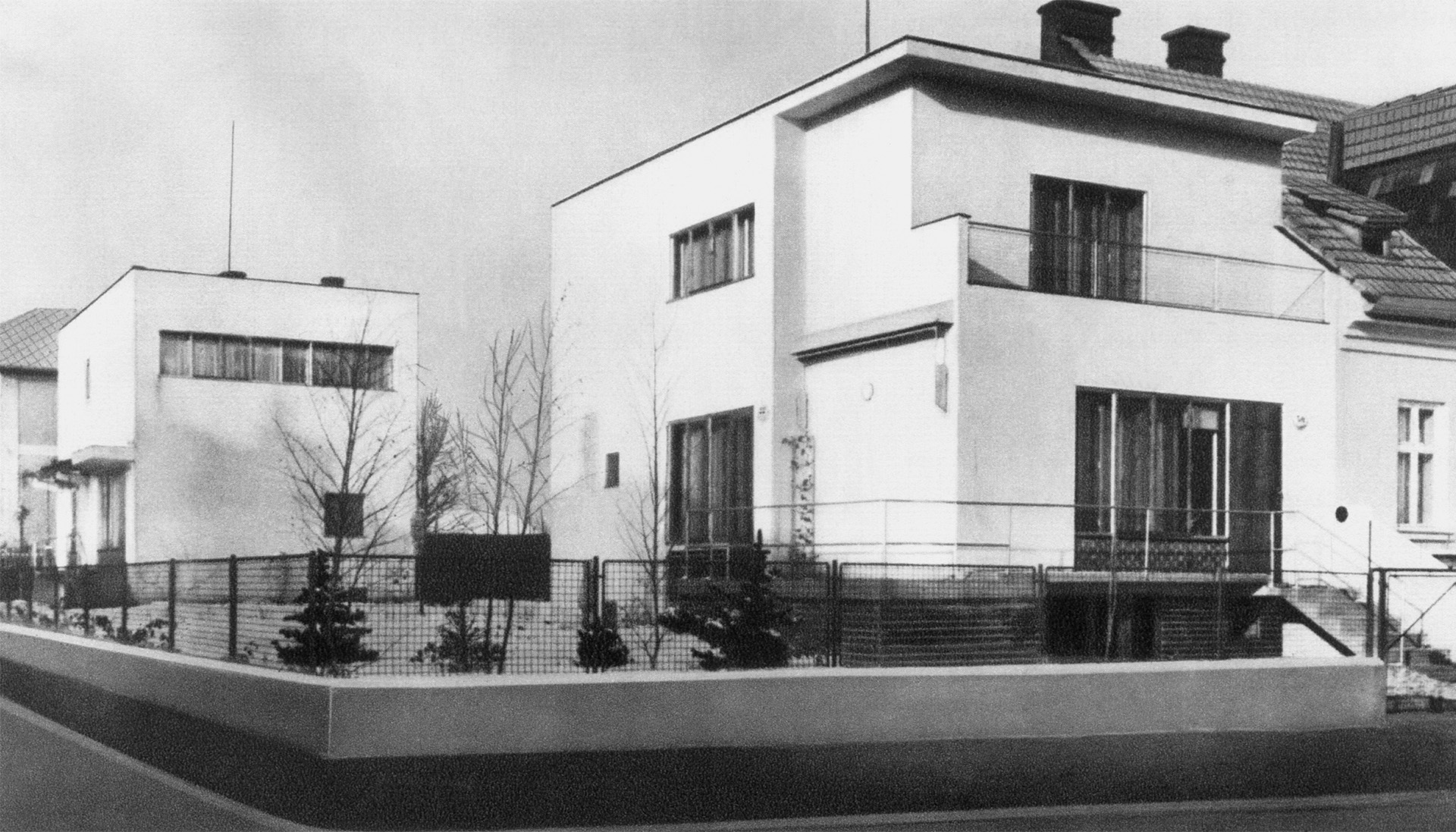 The house designed by Josef Kranz in Pflegrova Street for Ludmila Vařechová-Markesová was built at the same time as the neighbouring villa owned by Karla Ošťádalová, in fact, there originally was no fence separating the two plots. The main entrance to the house is again situated on the raised ground floor, as the basement was occupied by service areas, very much like in the neighbouring villa. The house is accessible via the terrace on the landing reaching as far as the side facade, where it could be shaded by awnings. The entrance leads to a residential hall that also served as a study, dining room as well as living room with large windows looking out on the garden. The first floor housed the guest room and bedroom with a terrace partially covered by the protruding cornice.
The living room was decorated by an expressive wall painting by the architect himself; the furnishing also featured pronounced colours with light and dark cork panels, a yellow floor, light ash veneers of the built-in furniture as well as blue upholstery and curtains.