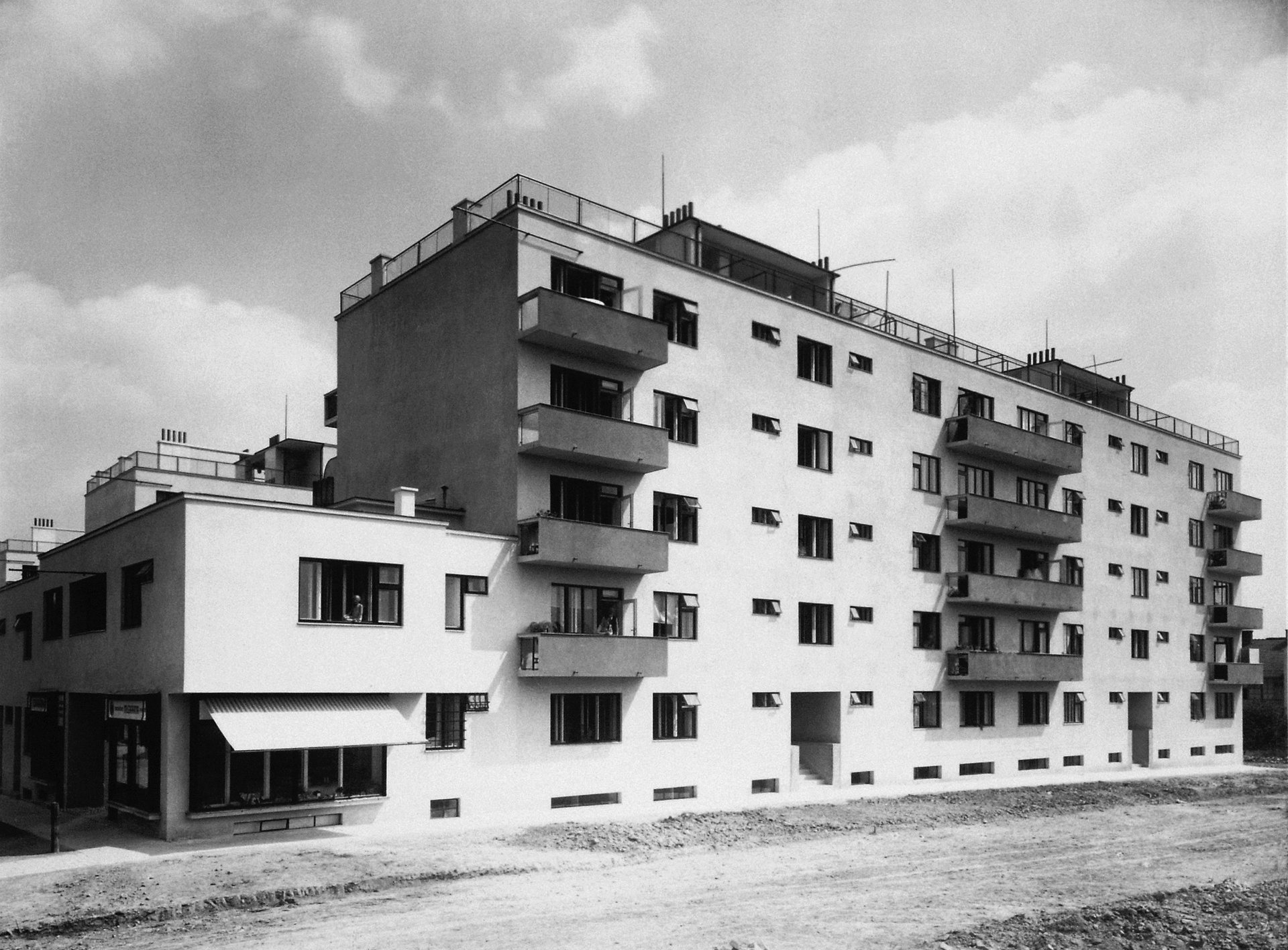 The extensive plot between Skácelova, Purkyňova and Vodova streets was used by the City of Brno for the building of buildings with small apartments co-funded by the state. This was possible thanks to the amendment to the Building Act of 1930 dealing with the issues of affordable housing for the lowest social ranks of the population. The sophisticated urban complex was built in 1931-33 according to designs by Josef Polášek, who employed the concept of row development making it possible for the houses to face east and west and to boast well lit apartments.
The five six-level blocks situated one after another are linked by a two-level crosswise tract which separates the urban complex from busy Skácelova Street and sensitively interacts with the surrounding lower houses. The areas between the individual buildings were covered by green relaxation areas, children's playgrounds and swimming pools. The six-level houses with flat roofs are conceived as plain blocks; only the volumes of balconies stand out on the smooth facade. Each floor housed eight similar apartments consisting of a hall, kitchen, bedroom and a bathroom with a bathtub and toilet. The architect managed to reduce total building costs by situating the bathroom next to the kitchenette (with a shared water supply). He also used a limited number of types of serially produced windows for the same reason. The flat roof could be used as a terrace and housed shared laundries. The two-level tract with apartments and shops skirting Skácelova Street is somewhat different, as it gives the impression of a row of terraced houses and also features the passages to the entire complex.
At present, the impression of a uniform complex is marred by the various colours of the originally white facades and added hipped roofs which replaced the flat ones during Communist times. The green areas between the blocks are also being replaced by parking lots.