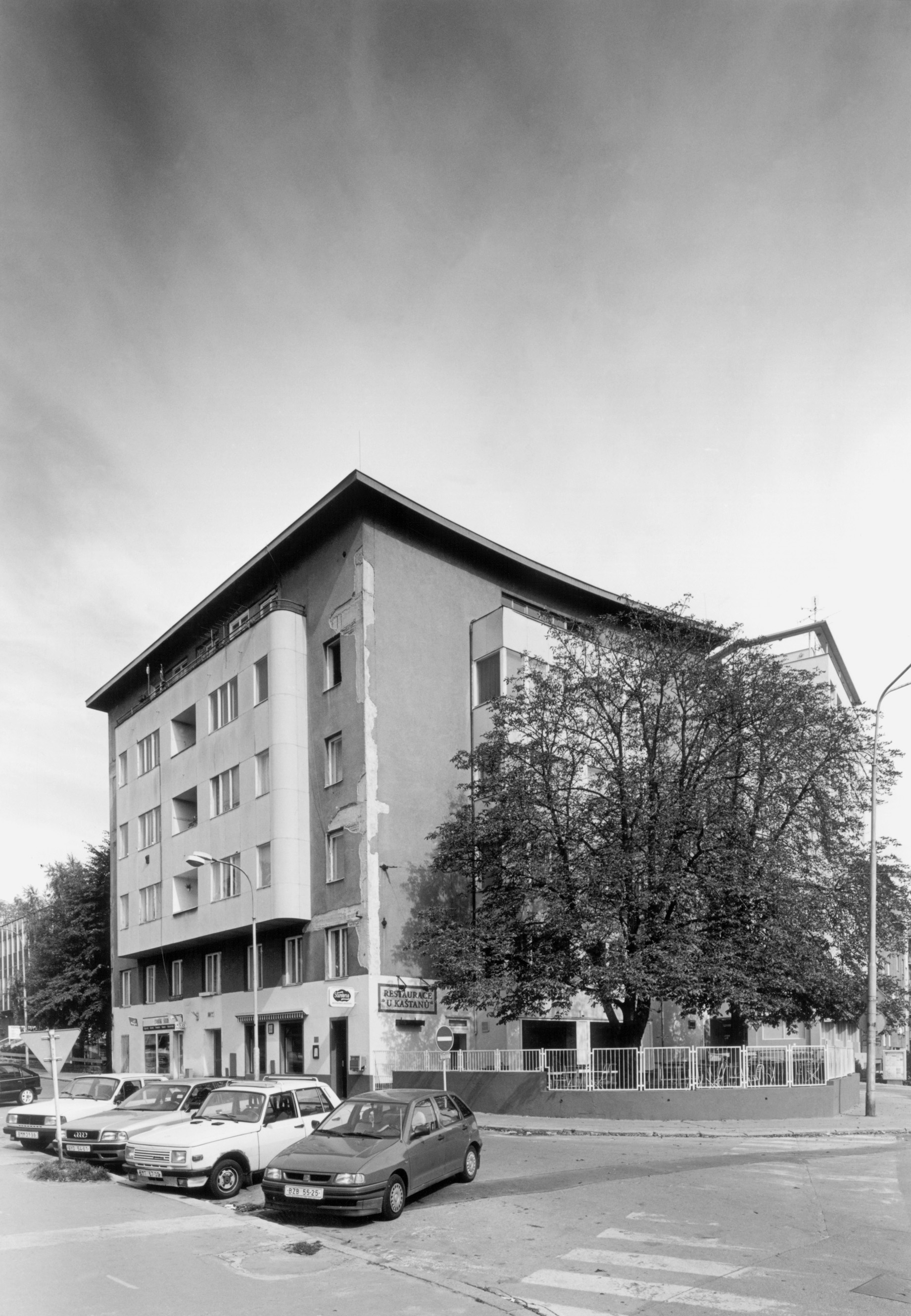 The apartment building designed by Hungarian architect Zikmund Kerekes for the Meerbaums in 1929 became a landmark at the end of Černopolní and Durďákova streets. This five-storey building was erected on a V-shaped ground plan, which enables the maximum use of the land as well as sufficient ventilation of service areas facing the inner yard. The windows of the residential rooms in the street facades face south, west and east.The facades overlooking Durďákova and Černopolní streets feature prominent four-level square bays with rounded corners, central loggias and a terrace. The two stretches of the corner windows enhance the risalit of the main concave facade in Merhautova Street, which is also accented by the curve of the monumental crown molding. The elevated ground floor is occupied by the popular U kaštanů pub with an adjacent terrace shaded by two large chestnut trees.