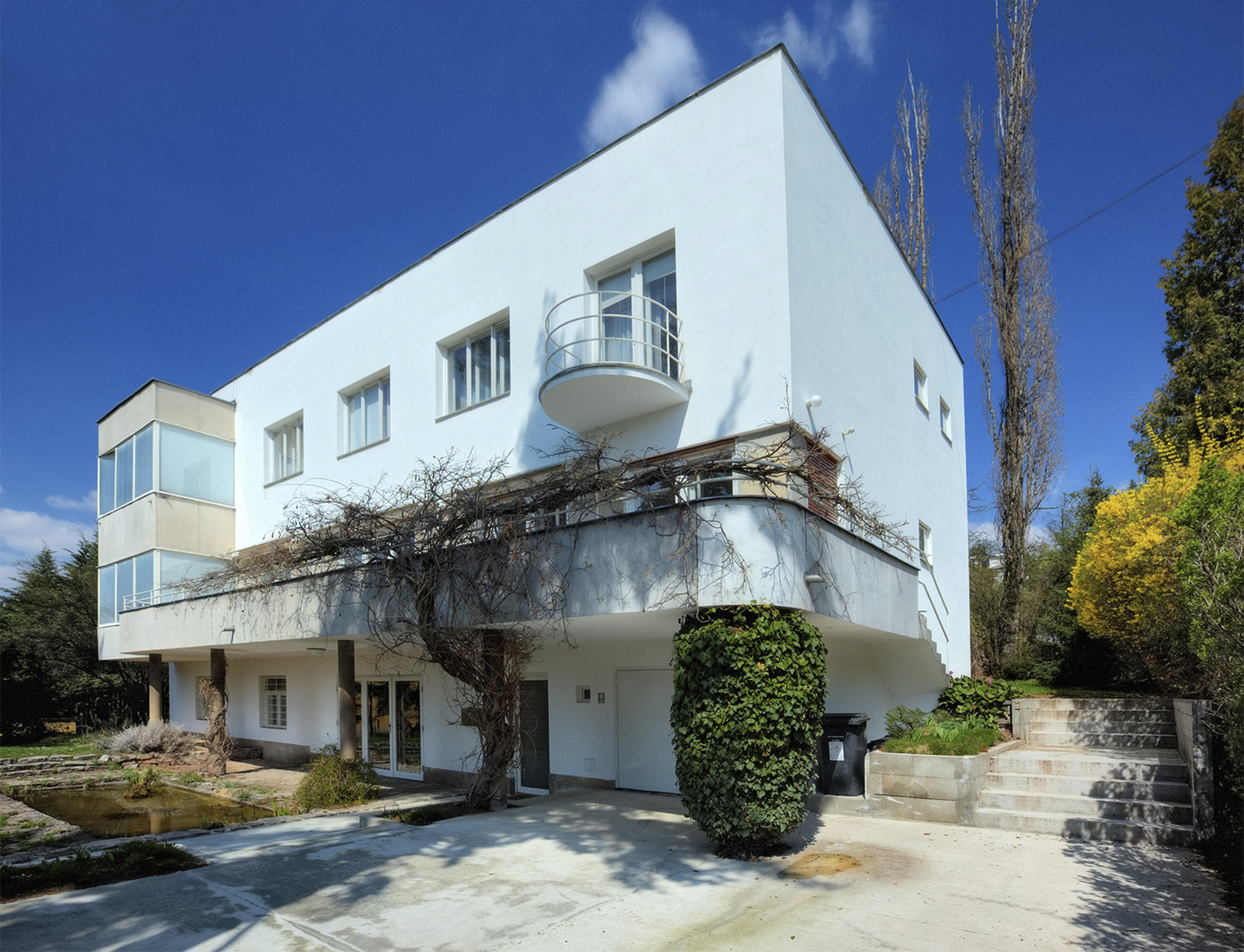 In the early 1930s, Zikmund Kerekes welcomed an important customer in his studio. This customer was a Brno attorney, the secretary of the Brno Jewish congregation and later chairman of the Council of the Jewish Congregation in Czechoslovakia, JUDr. Bedřich Bass (1910–1979). He visited the architect to order plans for a villa to occupy a site in Lipová Street, the slopes of which, green with vines until a short time before, were turning into a residential area.
Respecting the needs of the client's large family, Kerekes designed a two-storey villa consisting of two tracts and housing four nearly separate apartment units. The entrance to the villa is situated in the northern garden facade and leads to the entrance lobby with an adjacent staircase which divides each floor into two two-room units with their own bathrooms, kitchens and larders. The bedroom with a bay window and terrace also accessible from the salons and studies of both rooms faces south. The second floor houses two more separate apartments; the ground floor provided the necessary space for service facilities. The southern facade is vivified by the gray Eternit facing of the terrace and the bay as well as a semicircular balcony on the second floor.
Soon after the outbreak of World War II Bedřich Bass fled abroad and enlisted in the army in the Middle East. He then joined the Czechoslovak troops in the Soviet Union under the command of General Ludvík Svoboda and took part in the liberation of Slovakia. After the war he returned to Brno and resumed his legal practice. During the war the villa was confiscated as Jewish property by the Emigrant Fund for Bohemia and Moravia and was transferred to national administration in 1945. It was returned to the Bass family a year later and sold as two separate parts in 1948. The years 2000–2001 saw the villa reconstructed according to a design by architect Jan Sapák, who attempted to restore the original condition of the villa while meeting the requirements raised by the new owner who used the villa as both a residence and an office. This is an example of a high quality restoration project with a wealth of well-preserved architectural detail and original furnishings.