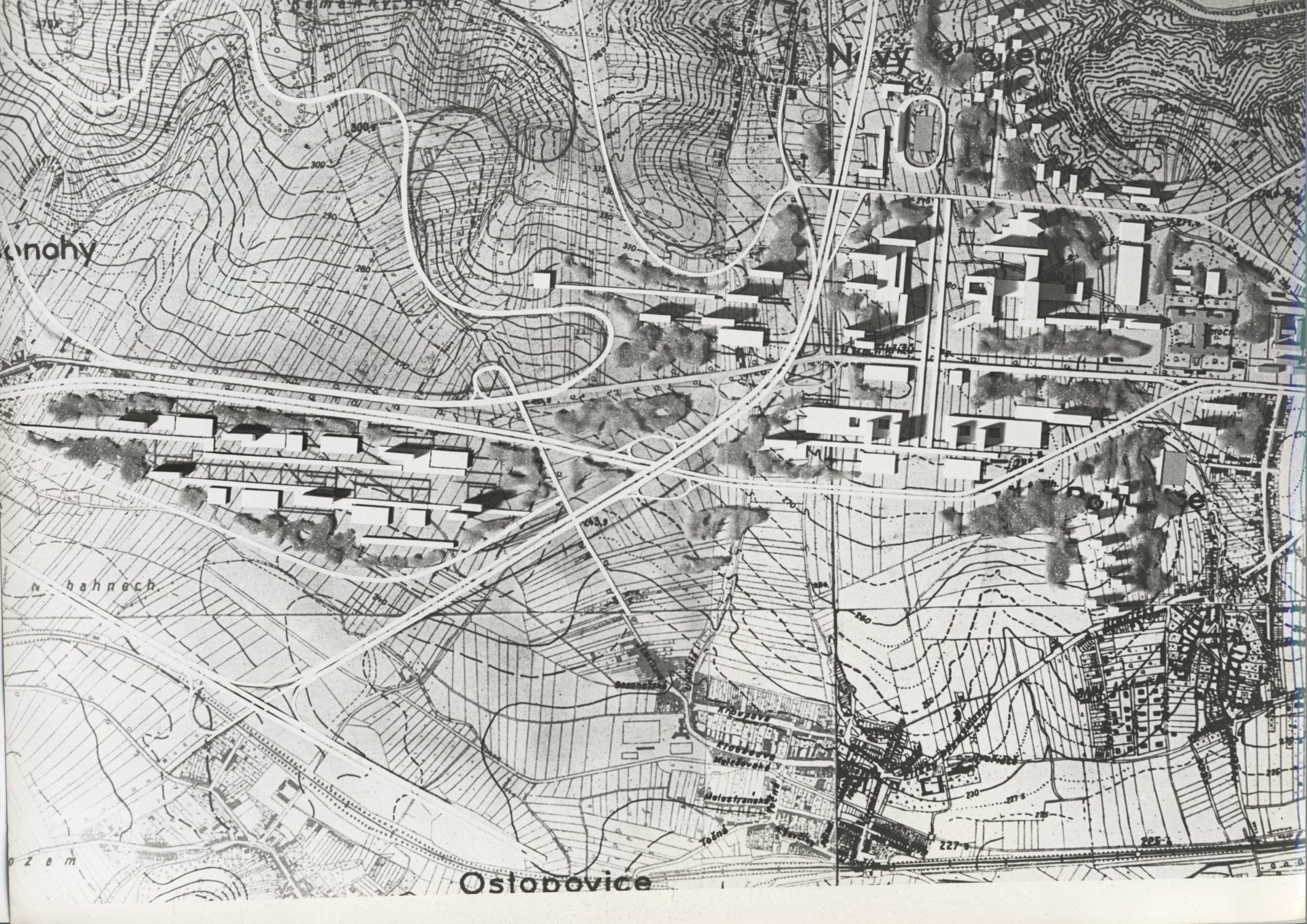 More photos (1)
In the early 1960s, the architect Jan Dvořák openly criticised two large investment projects. He objected to the construction of two separate university campuses. While the Jan Evangelista Purkyně University (today’s Masaryk University) was preparing a joint campus for the Faculties of Science, Medicine and the Pedagogical Institute in Brno-Bohunice, in 1961 Brno University of Technology acquired land between Královo Pole and Žabovřesky on the eastern slope of Palackého vrch, a site Dvořák thought would be more appropriate for a residential area. However, the essence of his objection was that he wanted to promote the concept of a ‘concentrated university’, i.e., a university complex of a mixed character, which taught the humanities, technology and the arts. He called it the ‘new-type university’, which he believed was the consequence of new pedagogical approaches and the prerequisite for modern teaching, where all academic disciplines would be in close contact. He also thought the investment was irrational from an economic point of view, estimated at two billion Czechoslovak crowns. In his opinion, creating two sites for the two universities would ‘[…] increase the costs of construction by tens of millions due to the fact that all university facilities, including social, sports, catering and health facilities and utility infrastructure, must be built twice. It wouldn’t happen anywhere else.’ If a ‘progressive university district’ were to be created, Dvořák proposed it be built in Bohunice. Although it was on the outskirts, there were very good connections to the city centre.
Towards the end of 1964, there was a joint meeting of the Union of Architects and the representatives of both universities. On account of his criticism of the intention to build two separate university complexes at opposite ends of the city, Jan Dvořák was commissioned to prepare a study entitled ‘On the Development of Universities in Brno’, in which he made the above-mentioned comments.
ŠS