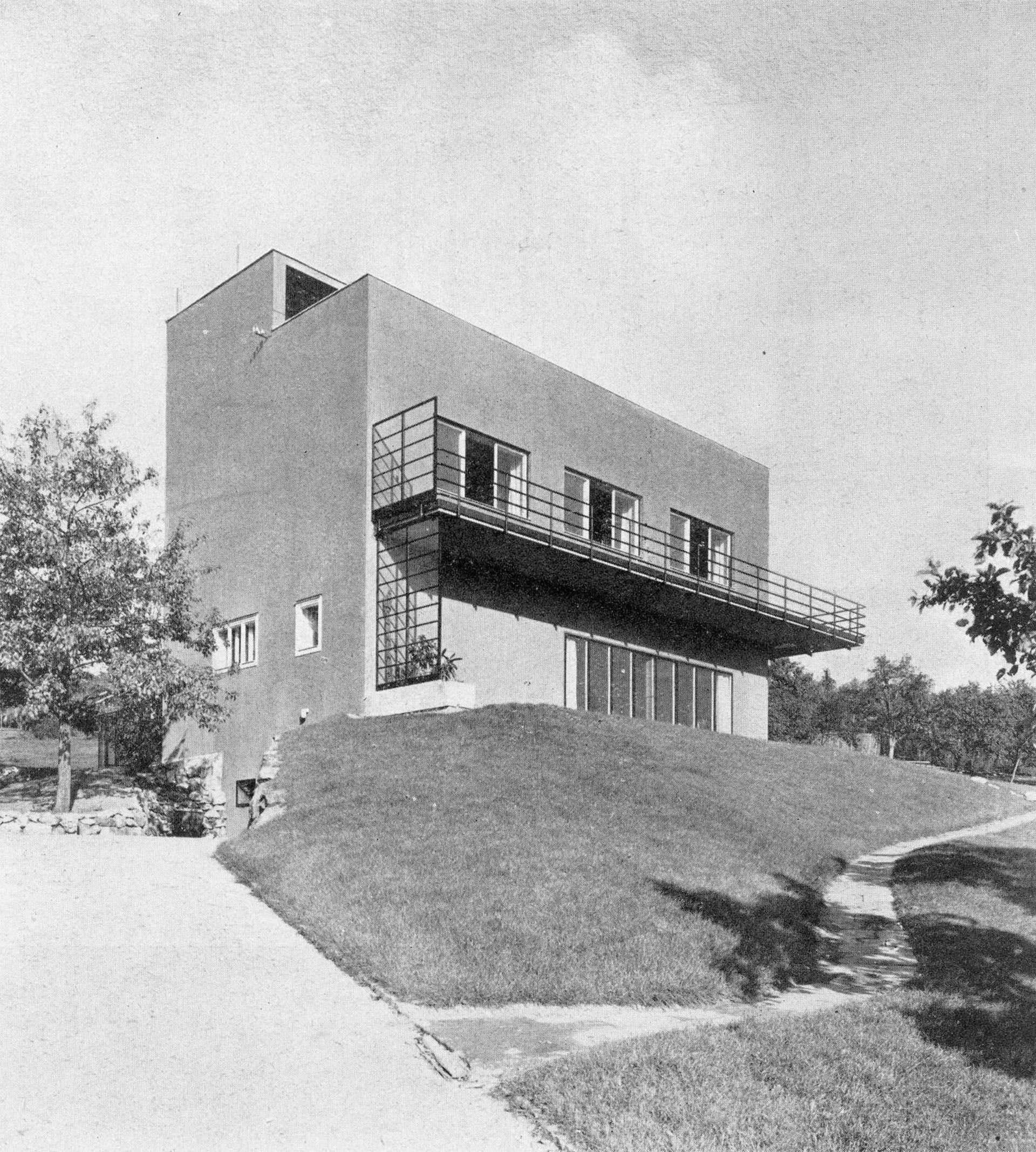 This detached house in Neumann Street is, besides the nearby semi-detached villa in Lipová Street, the only Czechoslovak building to appear in the catalogue prepared by Philipp Johnson and Henry-Russell Hitchcock and accompanying The International Style. Architecture since 1922 exhibition held at MoMA in New York. The architect built this house for himself and his brother Mořic and tailored it to suit the lifestyle, hobbies and social life pursued by the "two young men". Both enjoyed sports, music and collecting; Otto's interests also involved botany and zoology. Between the wars, their villa often welcomed numerous Brno and German intellectuals and artists.
The villa is situated on the southern slope of an older fruit garden, which was preserved to a large extent. The main residential areas of this two-story house with an oblong ground plan face south. The ground floor houses a spacious sitting room connected with the garden by means of a glazed wall; the first floor then features two bedrooms separated by a common room and leading to a terrace running across the entire length of the southern and eastern facade. The house also included a guest room on the flat roof with a greenhouse and an aviary; the open part of the roof terrace with a shower served for multiple sporting purposes.
In designing the villa Eisler avoided pointless ostentation and instead accented the rational and economical concept and the use of standardized components such as windows. And yet, it must be noted that even in this case a room for servants was simply commonplace. The emphasis on the use of serially produced components resembled the efforts exerted by Walter Gropius and others to rationalize the building process. However, Eisler handled these functional elements in a most esthetic fashion. Like Ernst Wiesner and Adolf Loos he sought to create a comfortable living environment and paid careful attention to the quality of the materials selected as well as the details. The villa housed, besides the true gems in the art collection, wall paintings by Karel Němec, who was also the author of the sgraffito decoration on the summerhouse.