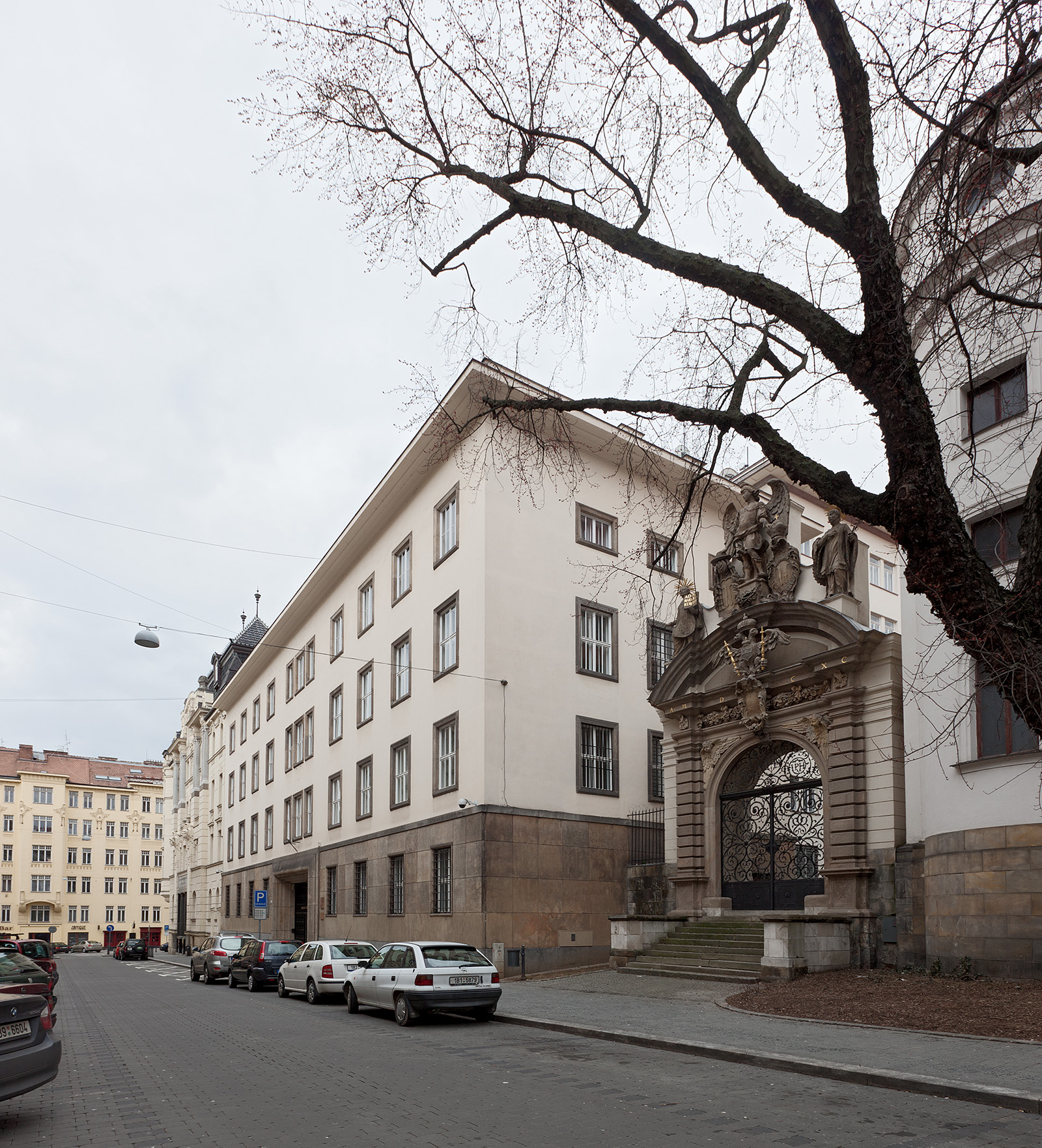 The vacant parcel remaining from the demolition of the former Jesuit monastery in the center of Brno as a part of a major urban renewal project in 1904 was developed according to a design by Ernst Wiesner in 1921-25. Twin buildings were erected between Mozartova and Beethovenova streets, comprising an unfinished block that responded sensitively to the neighbouring Baroque church and the large court of justice.
Mozartova Street was originally to have been the site of the management headquarters for the Vítkovice Steel Works; the completed project was instead purchased by the Moravian Country Life Insurance Company. The symmetrical facade of the four-level building with a central portal shows a traditional disposition involving a tall travertine base, a building body with rows of windows axes and a prominent cornice. The cornice is accentuated by the balustrade, which also serves as the railing of a unique roof garden. The standard layout consists of three tracts with a wide central corridor and offices. The architect's inspiration by Loos, manifested in the use of quality and visually interesting materials, is complemented by the historicist Doric pilasters of the entrance lobby. However, the neighbouring Union Bank, also designed by Wiesner, is free of these decorative elements and is also more modern from a structural perspective. It uses a ferro-concrete structure instead of massive brickwork.
At present, the building of the former Moravian Country Life Insurance Company is the seat of the Regional Prosecutor's Office.