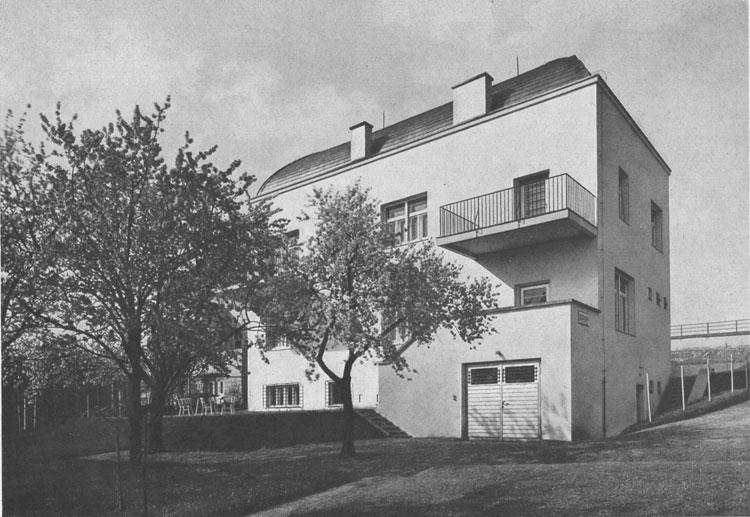 Ernst Wiesner designed a modestly conceived villa in Barvičova Street for Leo Stein, the sales manager of the Telephony and Electrical Company in Brno, in 1925; this design represents the traditional aspect of his work.
The plain prism of the house stands on a southern slope and its service areas face the street. It is dominated by the pronounced keel-shaped roof which smoothly merges into the brickwork mass. The street facade features two stories; the main entrance lined with travertine is situated in a risalit on the ground floor. It passes to the original social areas on the ground floor. A simple spiral staircase ascends to the first floor with the master and children's bedrooms. The garden offers access to the basement containing the service facilities, cellar and garage. The Steins had a swimming pool built in the garden in 1937.
After the Steins had to abandon the country to escape from the Nazi threat at the beginning of World War II, the villa was confiscated by the Emigration Fund for Bohemia and Moravia and in 1943 purchased by the regional vice-president, police president and SS Standartenführer Dr. Karl Schwabe. The villa was nationalized in 1945. At present it houses apartments and office areas.