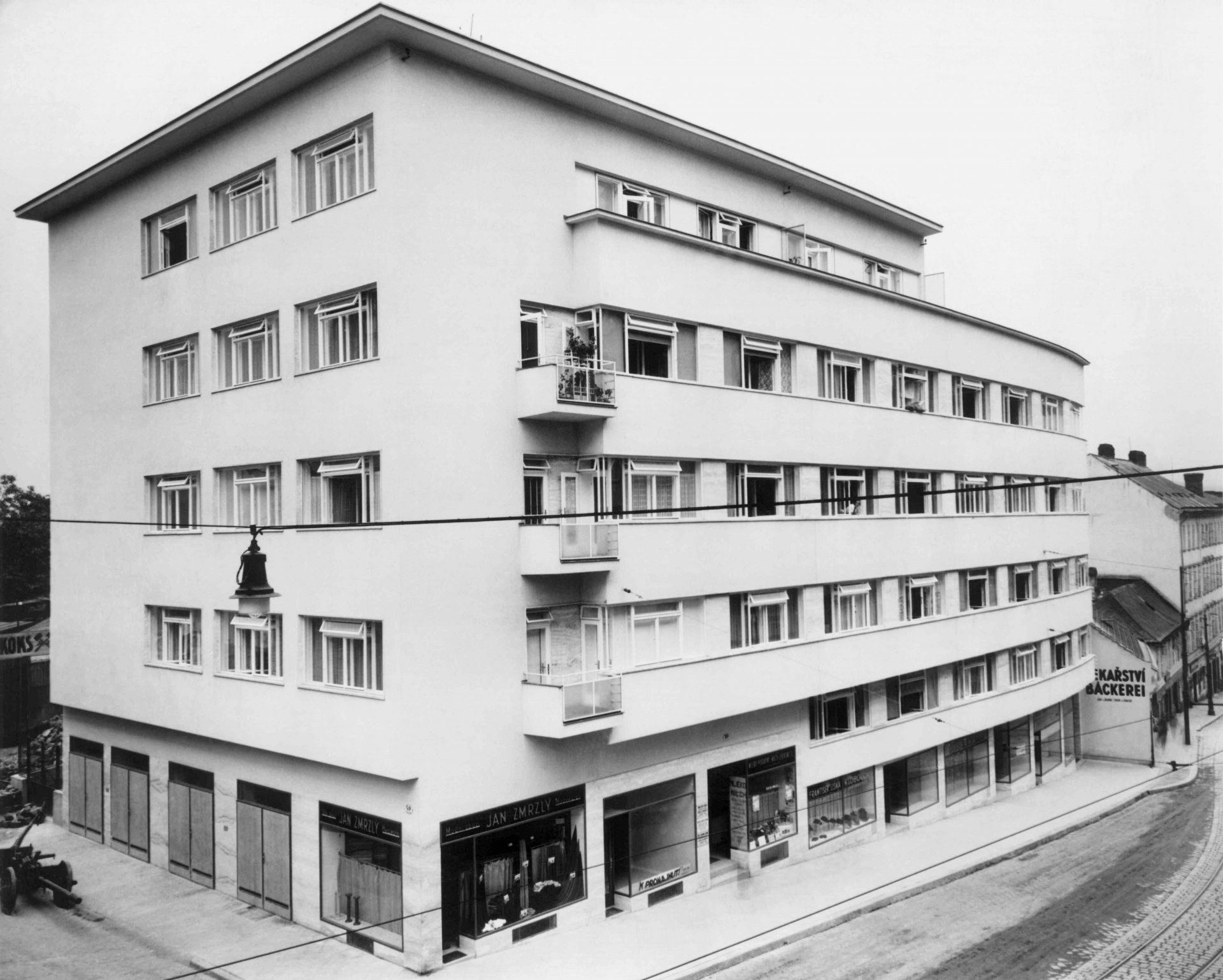 Early in his career as a builder, Václav Dvořák worked in a design studio with the Kuba brothers. After the studio closed in the early 1930s, Dvořák found a long-standing collaborator in the person of Jaroslav Brázda, who provided for designing as well as implementing Dvořák's projects.
The house at 39-41 in Pekařská Street is designed with respect to the terrain specifics – its horizontally segmented facade copies the curve in this part. Václav Dvořák sold houses after they were fully completed and inhabited by tenants. He heeded the quality of individual details and the materials, which played an important role in the process of addressing potential buyers. This is seen in the interesting design of balcony railings in the corner of the front risalit as well as the stone facing of the ground floor, the facades (originally in light hues) and entrance areas. The intriguing features also involve the lighting of the corridor by means of a skylight in the roof as well as the rear facade segmented by a grid of loggias.