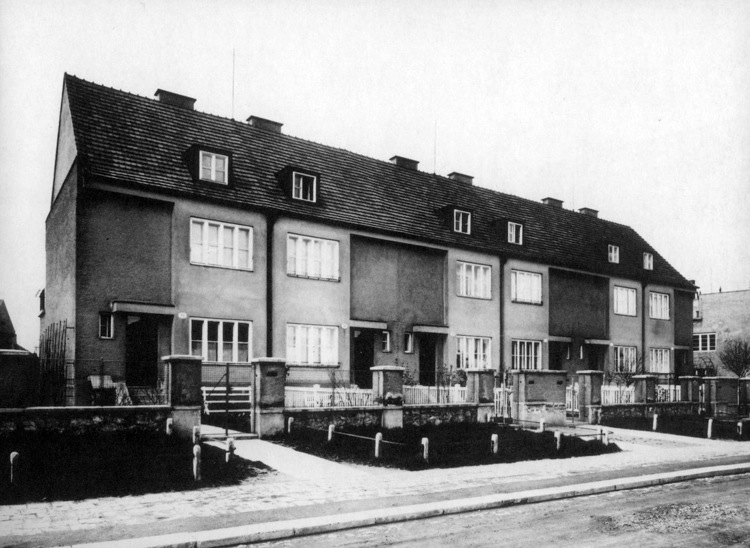 The Brno municipal architecture office attempted to address the pressing lack of housing after World War I by seeking ways to build comfortable houses at a minimum cost in the early 1920s. Several architects dealt with this issue at the same time, including Jindřich Kumpošt, Jaroslav Grunt and Bohuslav Fuchs.
Six small terraced houses covered by a shared hipped roof designed by Fuchs were built in Barvičova Street in 1923. This solution enabled not only the cost effectiveness of the construction work, but also reduced the costs of the maintenance of the houses, as their proximity produced better thermal insulation. The interior of these two-level buildings is highly practical and contains three residential rooms.
Although the design of these houses emphasized cost effectiveness, the architect did not neglect their esthetic effect, which is achieved mainly in the relief two-color design of the facade, where both the relief and color stress the empty area over the entrance. However, the original two-color facades are, due to later reconstruction, only a memory.